ZILLER: On paper, this team is unstoppable in the East. Best player in the world, No. 2 point guard in the conference and a top-three power forward in the East, plus some depth. But Kyrie Irving isn't healthy yet, Kevin Love is just now able to practice, Iman Shumpert is out and Timofey Mozgov is out of shape due to offseason surgery. And then there's the Tristan Thompson saga. Is there reason to worry?

FLANNERY: I don't think so, because we've seen what this team is capable of when shorthanded against the other contenders in the East. Seriously, that team that made it to the Finals was absurd. They had seven, sometimes six, rotation players and not all of them were healthy. This is what having LeBron James does for your franchise. The margin for error is so much greater than everyone else. 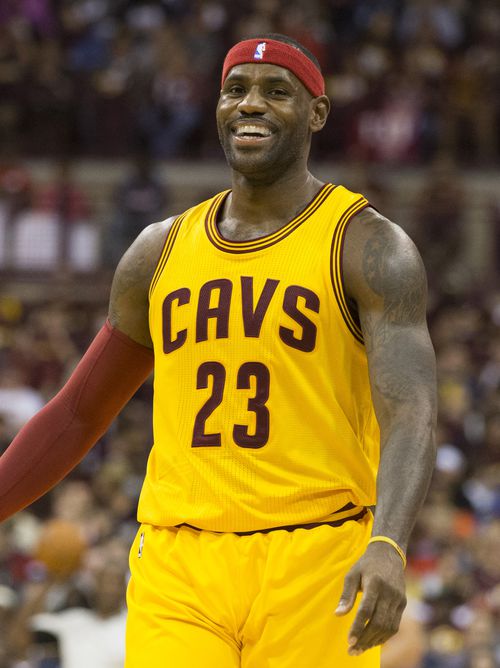 Biggest loss: Shawn Marion, whose veteran presence on the wing could be missed after his retirement, especially with Iman Shumpert injured.

In one sentence: The Cavaliers are the clear favorite in the Eastern Conference, although health concerns and the unresolved Tristan Thompson situation still leave some question marks.

Those concerns that you mentioned have me backing off my earlier offseason optimism, but not by much. When healthy this is a juggernaut that was only beginning to scratch the surface of their abilities. Their record after the Mozgov trade was indicative of what this team could be when everyone is present and accounted for. Still, we haven't yet seen them use Love to his full potential and the Irving injury is worrisome.

I am a little surprised at the Tristan Thompson saga, however. As we write this, he is still unsigned. I wonder if that will create any lingering tension giving the relationships involved.

ZILLER: The optics are pretty bad given Dan Gilbert's previous financial Rubicons, but I think we need to acknowledge that LeBron is smart about this stuff. While Rich Paul is his partner and Thompson is a trusted teammate, LeBron has to know that paying players like T.T. is not how to build a sustainable contender. So now that we know LeBron is hesitant to flex, I think the front office is safe from his influence. (Until the first injury to a big man.)

How do you see them faring over the regular season? They don't need the East No. 1, but it should be easily attainable and the overall No. 1 would be really nice to have in the Finals. I feel like that should push Cleveland to try for 60 wins.

FLANNERY: I think 60 wins is an absolutely attainable goal and they should be at least a little concerned with trying to get the top overall seed for the Finals. The 2-2-1-1-1 format has leveled the playing field a bit, but homecourt is still a significant advantage.

It's interesting how LeBron has pushed himself and his teams through various stages of the regular season over the years. He treated the first few months of last season like a thought experiment and then turned it up over the second half. We both think the Cavs have breathing room relative to the rest of the East, but smart teams that have been together know when to put the hammer down. There's still a learning curve for the Cavs to experience in that regard.

How do you think David Blatt will handle his second go-round with this group? At times I thought he was needlessly antagonistic with the press, but at least no one can pin that dreaded 'rookie NBA coach' on him anymore.

Fear The Sword previews the Cavaliers as they look to return to the NBA Finals and finish the job this time around.

The Cavaliers have a stacked roster, although there are some health concerns and Tristan Thompson still needs a new contract.

ZILLER: I think needlessly antagonistic might be part of his character, to be honest. He seemed very comfortable dressing down critics and the vibe from those around the team is one of an expectation that any criticism of the team will be met harshly.

That said, it doesn't matter. Many remain skeptical of his genius based on the simple schemes Cleveland defaulted to late. I empathize with him in acknowledgment that he's been in a particularly difficult position. As long as he gets back to the Finals and avails himself there, he'll be fine. Surviving Year 1 was half the battle for him.

FLANNERY: We've been batting around teams we think are No. 2 or Top 4 in the East throughout this exercise. Does any of that really matter? To put it another way: Can anything prevent the Cavs from getting back to the Finals?

ZILLER: I really don't think so, barring an injury to LeBron. The last East team to beat a LeBron team in the playoffs was the 2010 Celtics. I don't see any team like the 2010 Celtics in the East right now. Not even close. Do you?