FLANNERY: The Rockets won 56 games and advanced to the conference finals for the first time in almost two decades by coming back from a 3-1 deficit against the Clippers. James Harden was a legit MVP candidate, Dwight Howard was often a beast in the playoffs and their injury luck is bound to turn. They also picked up Ty Lawson on the cheap and brought back most of the supporting free agent cast. 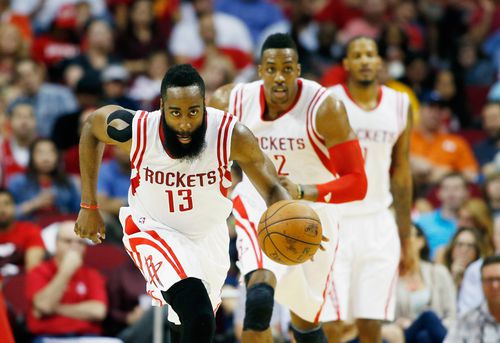 Best addition: Ty Lawson, who will give them a much-needed secondary playmaker if he's overcome his alcohol problems.

Biggest loss: Josh Smith, who left for the rival Clippers, but won't be terribly missed.

In one sentence: If the Rockets stay healthy, they are as dangerous as anyone in the West.

I think the Rockets are being overlooked (again) and should be included in the cream of the Western Conference along with Golden State, L.A. and San Antonio. Given the nature of luck and the brutal competition, this team can win a title this year, no?

ZILLER: Houston can absolutely win a title, and I agree that they are being relatively overlooked. Many of us (including myself) were quick to elevate L.A. to contender status because they swapped Spencer Hawes and Matt Barnes out for Lance Stephenson, Paul Pierce and Josh Smith. The Rockets did even better by landing Ty Lawson. Houston lost a little frontcourt depth in the offseason due to Smith's exit, but point guard was their problem position and there's a solid chance that between Patrick Beverley and Lawson, those concerns are over.

A fuller season from Dwight and another MVP-class campaign from Harden can get them the No. 1 seed, and once you have that, anything can happen. I'm intrigued too by the two power forwards, Donatas Motiejunas and Terrence Jones, both of whom had injury issues in 2014-15. One is bound to step into the void and thrive, in my opinion.

FLANNERY: I like them both, actually. I've been waiting on DoMo to break out, but Jones is a capable four in that lineup. One thing Daryl Morey has done really well is work the middle and latter parts of the draft to find productive players. Motiejunas, Jones, Clint Capela and all the way back to second-round hits like Chandler Parsons have helped keep the bigger picture in focus. One can assume that Sam Dekker and Montrezl Harrell will follow suit, but this is a deeper team than last season.

Really, all of this comes back to Harden and Dwight. If Harden can maintain his standing among the top five players in the league and Howard can give them 2,000 minutes and a healthy playoffs, they can go all the way. I feel good about the former, but am a little concerned about the latter. He's going to be 30 in December. That's amazing.

ZILLER: We are all so close to death, we can taste it. Thanks, Dwight.

This is the huge advantage the Rockets have, as witnessed against the Clippers: even if you neutralize Harden, they can defeat you unless you are a megalith like Golden State. And Golden State is why Lawson is so intriguing to me. Steph Curry has become a good defender, but if the speedy Lawson is cookin', then the Warriors will need to get creative on how they defend all three of him, Harden AND Dwight in a playoff series. Dwight requires you to stay relatively big, but the potential 1-2 punch of Lawson-Harden is scary, even when you have Klay Thompson, Andre Iguodala and Draymond Green.

On Dwight: I feel like we still have little understanding of what his legacy will be. He was the league's best center for years. Now is he even top three?

Expectations are high after a Western Conference Finals appearance.

Howard and Harden have lots of help

Especially with Ty Lawson now in the fold.

Championship or bust Howard and Harden have lots of help

FLANNERY: He is, when healthy. That's it right there, isn't it? If he's healthy I'd have no problem picking them to win the title. Ultimately I feel the same way about the Rockets as I do the Clippers: They can win a championship, and if the league has really gone as random as I think it has, then why not this year?

As for legacy, history won't judge Dwight kindly without a championship. If you're going to be a goofball, better to be a cosmic goof like Darryl Dawkins than one whose comic inspiration is Willy Wonka and fart jokes. T'aint fair, but that's the nature of these things.

All that said, I'm still picking the Clippers to win the West with the Rockets somewhere in that top four mix along with San Antonio and Golden State. You?

ZILLER: I'm not only adding the Thunder to that grouping, but tentatively picking OKC to win the West (dependent on how preseason looks) even though Golden State is the easy answer. But I think Houston has as good a chance as any of them to win it all. This is an elite team.