FLANNERY: There's this weird dynamic around the Pacers that some people think they're going to be better without Roy Hibbert and David West. Maybe this will pay off in the long run and I give Larry Bird credit for pulling the plug on a team that maybe had another year left in its tank, but this is a huge transition to go from slow and plodding to sleek and fast.

The key is Paul George. If he's really a top-10 player, then this can work. You know I'm chapter chairman of the PG Fan Club, but that might be a little too much to ask. What are your expectations for Mr. George this season? 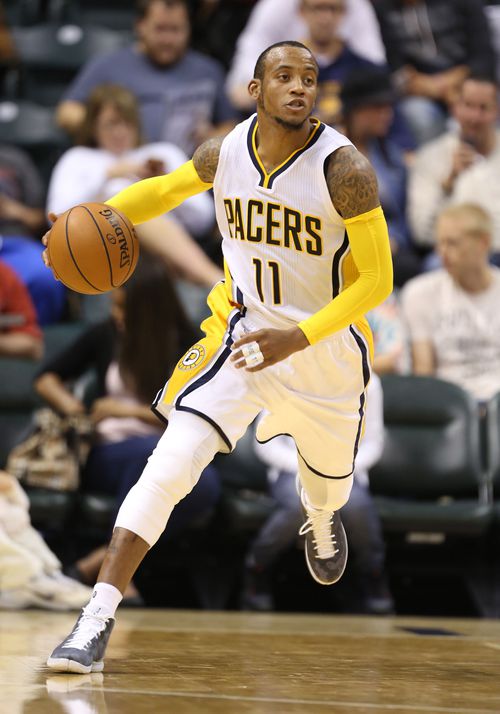 Best addition: Monta Ellis, who will give the team the second option it needs.

Biggest loss: Roy Hibbert, who anchored their defense for the past six years.

In one sentence: The Pacers are trying to transition from grind-it-out defensive powerhouse to fast-paced offensive team and their success will depend on how well Paul George handles playing power forward.

ZILLER: Oh gosh, I really don't know! That was a horrific injury and we haven't really seen him since. (I don't put much stock in his April dance.) And it's hard to base expectations on personality, right? We learned that with Derrick Rose, who was a totally aggressive, no-fricks-given player who came back totally tentative and cautious. Will PG do the same, or will he try to immediately prove he can fly again? It's hard to know until we see 20 games or so.

I am bullish on the Pacers' post-Hibbert/West transition in total, though. That's primarily because of Myles Turner, who could have a Drummondian instant impact. Also, at the risk of upsetting the David West Fan Club president, I'm not sure Indiana will miss the vet leadership so much given the Pacers' dysfunction over the past 18 months. Like, one man can only do so much anyway. And Lance and Roy are gone regardless.

FLANNERY: Don't you blaspheme D-West! (It's true, I'm totally in the tank for that guy.)

I like Myles Turner a lot, although I'm not ready to grant him Drummondian powers quite yet. I like Jordan Hill on this kind of team. I freaking love Monta Ellis on this team. I'm totally down with the direction they've chosen. I just don't think they're going to be that good this year. I am curious to see how Frank Vogel handles this change in tactics. He made his bones with that great defense and now they'll be going up-tempo. I'm also curious to see how PG feels about playing the four, because it's going to happen and he's already worried about the idea.

What I'm saying is, let's give them a year to figure out who they are and what they want to be and then take a full assessment. That shouldn't be so much to ask.

ZILLER: Oh that's fine, but Indiana is also one of those "never rebuild!" markets and I suspect Bird won't have a ton of patience if things aren't panning out. There is urgency from Vogel, and I think his rotations and tactics will reflect that reality as much as they reflect the new vision. In other words, this team is a candidate to run out small lineups in many of the first 40 minutes of the game and try to grind out wins per tradition in crunch time.

We've discussed this before, but we're both enamored with Monta on this team. I'm a bit nervous about the fit with George Hill and Rodney Stuckey, though. One deep shooter in your three-guard rotation ... and you're playing fast? PG at either forward spot helps. But enough?

Can Paul George lead a team in transition?

The Pacers plan to pick up the pace and spread the floor in an effort to generate more offense. The adjustment involves several variables but will rely heavily on Paul George to ultimately succeed.

Indiana went from big to small in just one summer

The Pacers completely reinvented themselves as a small-ball team during the offseason but the transition won't be seamless.

Can Paul George lead a team in transition? Indiana went from big to small in just one summer

FLANNERY: Probably not, but that's basically what I'm saying. I think this team is halfway toward completion. (I do love Joe Young, by the way. He's going to be a steal.) One thing people don't give Bird enough credit for is his eye for talent. You can say they got lucky with Hibbert and George, but nailing the middle of the draft twice is a nice coup. That's where Turner comes in, and Young. Give Bird another draft and a free agency period, especially if George gets his game back, and I think the Pacers will be fine pretty quickly.

I'm not counting them out of playoff contention, but I don't have them in the field. Another one of those 35 win-teams, maybe 40 if it all comes together. That describes about a third of the East, if not more. You have higher expectations, or does that seem right to you?

ZILLER: That seems right, and that's perfectly in playoff contention in my book. (How sad that we're talking about 35-40 getting you in the conversation in the East and 46-50 being the zone in the West. Ugh.) I wonder how badly the defense will fall off from last season's No. 7 effort given the loss of Hibbert (a legitimately top-flight defensive center) but the return of George. The Warriors proved you can have an elite defense at pace (the Spurs had proved this before, of course), but Golden State (and S.A. before them) had good load-balancing on offense -- it was multiple guys working to get shots, not one or two dudes carrying it all. Monta helps there, but then his defense causes some issues.

The offensive performance will depend on Good Monta and an effective PG. Even then I think it tops out around average until they get some more frontcourt scoring talent or shooting.