ZILLER: The Clippers were incredible last year and certainly got deeper by adding Paul Pierce, Josh Smith and Lance Stephenson to the mix. Given that depth is what killed them against the Rockets in that fateful second-round series, this looks to be a major step forward. 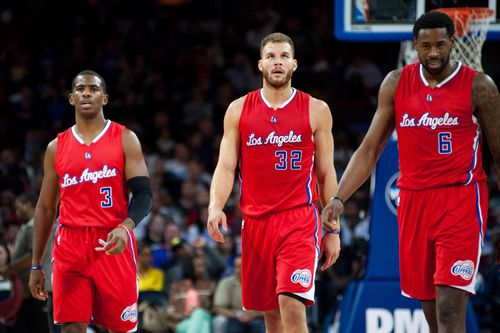 Biggest loss: Matt Barnes, whose speed and toughness will be missed on the wing.

In one sentence: The Clippers were very good last year and upgraded their biggest weakness (their bench), but that still may not be enough.

The problem is that every other major West contender -- including those Rockets -- also improved. Is the Pierce-Smoove-Lance boost bigger than LaMarcus Aldridge and David West? Almost certainly not. Is it enough to bridge the gap with the Warriors considering Golden State is pretty young and upgraded with Jason Thompson? Does it trump Ty Lawson in Houston?

These are the questions keeping Doc Rivers up at night. L.A. avoided disaster in the DeAndre Jordan saga, but I'm not sure they have improved their standing in the West at all.

FLANNERY: Well, they were top-4 coming into the summer and they improved!

I don't know how much Pierce has left in the tank, but his presence alone should help provide a calming effect on what has been a fairly combustible mix. Lance is a wild card, we all know that. He could be great or he could be gone. He's certainly more talented than whoever else they had on the wing last season. Josh Smith is the key addition for me. Look at some of those bench guys Doc was running out in recent years. Now look at Josh Smith.

That said, I think this is it for them. They have to show up in the postseason and they have to win big. There are only so many chances a team gets before it all falls apart. I'm very cautiously picking them to get out of the West and win the whole freaking thing.

ZILLER: A bold move! I think CP3 is as good as they come, I fully believe in Blake Griffin and I think Jordan is worth the hype. J.J. Redick is a perfect compliment; Doc is an excellent coach. The team only lost Spencer Hawes and Matt Barnes, neither exactly vital.

But Pierce turns 38 next week, Lance was among the least productive players in the league last season despite an outsized role and Smith wasn't exactly a hot offseason commodity anywhere (though he's better than Hedo or Big Baby). Best of all, WESLEY JOHNSON could be the starting small forward.

I'm not saying you need a star at the three with those other starters in place, and Pierce does make more sense off the bench. But you should probably have an NBA-caliber player there. That's really the best they could do with the vet's minimum? Someone call up Darius Miles or Quentin Richardson already.

FLANNERY: The Sixers had one of the great teams of all time and started Marc Iavaroni. I know that was ancient times, but I'm not getting hung up on that one.

My belief in the Clippers is based entirely on hunch, feel and the ability to brag if it happens.

As you say, the pieces are absolutely in place at the most important positions. They have a pair of top-10 players and even MVP candidates under the right circumstances. They have a center with something to prove, a great shooter, an excellent coach and improved depth. The only thing that can stop the Clippers is the Clippers themselves. (Also: injuries, the Western gauntlet, a bad matchup, etc.)

Read these other Clippers previews!

Will it end the way they hope?

L.A. certainly should have enough depth this year.

Read these other Clippers previews!

This is really on them, however. No more excuses. No more silly technicals or off-court drama. In theory, the DeAndre fiasco should bond them closer together. Those weren't whispers we were hearing, it was all the stuff that kept bubbling around them that finally exploded. Yes, Jordan will be under pressure this season, but so will Doc and CP3. Leaders lead. That's what's called for here.

ZILLER: Okay, you've sold me. I'm back aboard the Clipper ship to Titletown.

But what happens if things don't go perfectly? Say fate intervenes and they get bounced before the Finals. Can they run it back again or is there a star shakeup? I bet we can find a team in Texas that would forgive Big Indecision ...

FLANNERY: Considering the Big 3 are all signed through 2018 (Paul has a player option on the last year of his deal), I think there's at least two years left before any major decisions need to be made. I don't see Doc willingly taking a step back on any of that, either. If things go sideways we'll probably be right back here having the same conversation. I just won't be as optimistic about their chances.

ZILLER: I have likewise preached patience. Perhaps they will not need it. Gods know their fans have been patient enough.