FLANNERY: Tom, let's start our Timberwolves dialogue by wishing Flip Saunders the best of health. This has obvious implications for Minnesota's long-term plan and rebuilding effort, but all that is secondary to the man's health. [Editor's Note: Saunders tragically passed away soon after this was published).

There's no graceful way to transition back to basketball, but this Wolves team is one of the most interesting we have. In Andrew Wiggins and Karl-Anthony Towns, there are two potential franchise players to build around. There's young talent behind them and it's not like Ricky Rubio is ancient either. I'm not sure they needed all that veteran savvy, but if you're going to have wizened elders, you can't do much better than Kevin Garnett and Tayshaun Prince.

I don't think there's any reason to put a win total on this bunch, so what are your expectations for the Wolves? 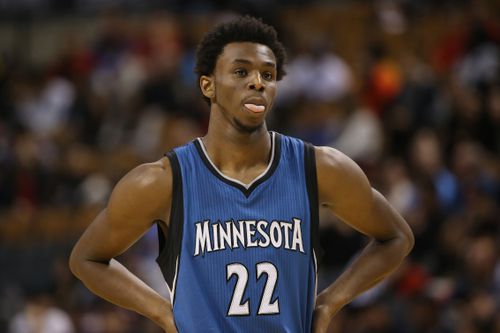 Best addition: Karl-Anthony Towns, the highly-touted No. 1 pick who will look to make a sizable impact right away.

Biggest loss: Chase Budinger, who played well at the end of last season before being traded to the Pacers this summer.

In one sentence: The Timberwolves may not be very good in the loaded Western Conference, but they'll be exciting with their young core led by Andrew Wiggins, Ricky Rubio and Karl-Anthony Towns.

ZILLER: Yes, best wishes to Flip. I hope he can come back to the bench for at least a few games; he's certainly a fighter, and he's had a really strong career. His health overshadows all. I pray the Timberpups can lend him some happiness this season.

I expect the Wolves to be both exciting at times and infuriating regularly. Without going into a long-term tank exercise, Minnesota finds itself in a space similar to 2008-09 Oklahoma City, who had Kevin Durant in his second year and Russell Westbrook as a rookie. We all expect the Wolves to land high in the lottery again this season, which should give them their James Harden in this analogy if the front office gets the right player and both Towns and Wiggins pan out. That's a really awesome place to be.

FLANNERY: It's a very good place to be. I'm sure the Sixers would trade places in a heartbeat.

I know you're not doing this but I'm going to run ahead with this point anyway: I'm not ready to place Wiggins alongside even a young KD yet. He obviously has a chance to be a really good player, but I wonder if some of the expectations have already begun to get a little skewed. I love Towns, though. He seems like the prototypical young big man in that he's versatile defensively and has range out to the perimeter. That has a chance to be a special combination. But they're still so young. It's going to take time. Years, even.

I want to see more from Rubio. This is a really important year for him to get his career back on track. I'm honestly not sure what to make of the rest of the youngsters. Shabazz Muhammad looks like he can become a nice scoring wing. Gorgui Dieng looks like a keeper, but I want to see him play with Towns first. Zach LaVine is a fantastic dunker. There's a lot to work through with this team and we haven't even talked about KG yet.

ZILLER: Is there even anything to talk about with KG? He's a coach on the floor and bench more or less, and the fact that he has a strong, long relationship with Mitchell (and Saunders, if he returns to the bench) means the likelihood of the staff getting MFed is low. If he can teach Towns 10 percent of what he's learned over the past 20 years, this is a win and a boon. Eager to hear your thoughts on whether Garnett is built to do that.

The Wolves are so far away from contention that I feel like the supplemental pieces -- and I include Rubio in this -- are irrelevant from a team-building standpoint but relevant from a development standpoint. I'm not sure that makes sense, but what I mean is few if any of those guys will be around when the Wolves are next "good." So you focus on getting them as useful as possible from a development standpoint, and then you either keep them or flip them for value. Whether LaVine ever figures out how to play effective basketball isn't the deciding factor in whether the Wolves' rebuild will be successful. But it sure helps, you know?

Canis Hoopus previews a 2015-16 season that should feature plenty of development for the young Timberwolves.

A young, talented roster should make Minnesota entertaining even if it's another losing season.

FLANNERY: Garnett is one of the best leaders/mentors I've been around in the league. He wants to share knowledge and Towns would be wise to listen. What's interesting here is the number of veteran mentors the team brought in over the summer, including Prince and Andre Miller. The danger would be if factions start to form among the old heads and the young bucks.

Mitchell is in an interesting place. He and KG have always been close and Sam is very much from the old school. He's wanted another shot at a head coaching job for a while. Will he worry more about wins and losses than development? Alternatively, should the young guys besides Wiggins and Towns continue to get force-fed minutes when the vets are healthy? These are the underlying dynamics I'll be watching this season.

ZILLER: Good point about Smitch's motivations; I find it somewhat ironic that he's getting another chance as former Wolves coach Dwane Casey (who got screwed in Minny) is under some pressure in Toronto (where Mitchell kinda got screwed). The cycle of NBA head coaching: Everyone always gets screwed, but most get another chance.

Can I be real on a vet note? I have no idea why Andre Miller is in Minnesota. But I'm insanely excited about he and Ricky having an ongoing war of the best passes ... especially with LaVine and Wiggins finishing.

FLANNERY: The Wolves are beyond wins and losses. This is a team of pure aesthetics.