ZILLER: Somehow the Blazers simultaneously had the most painful free agency experience and landed in a very interesting place. After losing LaMarcus Aldridge and deciding not to retain Wesley Matthews or Robin Lopez, the team got really young up front and built around Damian Lillard. This is probably a really smart move in the long run. Am I overly romantic to think they could be pretty interesting this season, too? 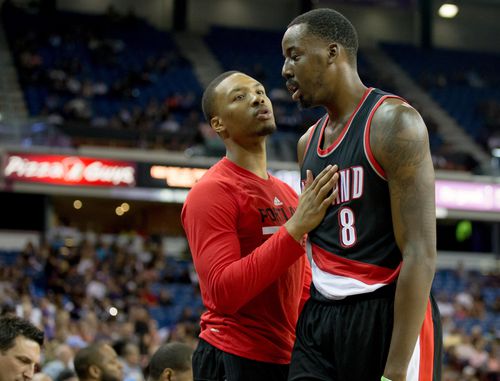 Best addition: Noah Vonleh, who will have an opportunity to blossom in his second season.

Biggest loss: LaMarcus Aldridge, who bolted for the Spurs.

In one sentence: With LaMarcus Aldridge gone, the Blazers are now Damian Lillard’s team -- but can he lead them through a rebuild?

FLANNERY: A little bit, probably, but I also like the direction they're taking in the wake of that massive exodus. The key appears to be Noah Vonleh. No one really knows what to make him after a wasted rookie season in Charlotte and one year of college. If he's the goods, they're on their way. If he's merely decent or serviceable, they've got a much longer climb in front of them. That's a lot to put on a 20-year-old with barely 250 minutes on his resume. The rest of the additions range from enigmatic to intriguing. If nothing else, this might finally the year we get a true sense of Ed Davis.

What about Dame. Do you think he's ready for all of this?

ZILLER: Personality wise? Absolutely. Everything we've seen indicates he's a mature, smart and, most importantly, hard-working lead-by-example guy. (I'm sure Aldridge and Wes rubbed off on him.) On the court? He can be a 25-8 guy I think. Where trouble comes is defensively, especially with Nicolas Batum, Arron Afflalo and Matthews gone. Dame's numbers should rise, but his defensive struggles are really going to be exposed.

That's the area where Neil Olshey really has to look next: getting Dame some shooting (C.J. McCollum is that dude) and wing defense.

Eager to hear your Dame thoughts. It also strikes me that the bones of the 2007 dynasty Blazers team are now completely gone.

FLANNERY: I think Dame's built for this, and at the risk of lapsing into semi-coherent sportswriterese about heart and intangibles, the dude just has IT. That, or it, being not only the willingness to take big, important shots, but also the ability to make them under immense pressure. That speaks to talent, obviously, but also to a collective calm that should serve him well during this transition. And I do think the first year or even two may be rough in terms of wins and losses. As you say, Olshey assembled some interesting players on the cheap, but this is not a finished basketball team yet.

Oh man, 2007. I haven't fully digested that one yet, and I wonder if Portlanders ever will. That was a no-brainer dynasty in the making and it got mucked up by rotten luck more than anything. This is a cruel, cruel business.

So, what's the bottom line here: 30 wins, or do the Blazers have a higher ceiling in your mind?

ZILLER: I think 25-30 wins is about right given the West-heavy schedule. Really, if Dame misses any games, those are straight losses. The wins will come against East teams and a couple fellow travelers in the Northwest Division. (Hello Wolves and Nuggets.)

But I also think this can be a quick turnaround. No need to tear any more drywall down. Your thoughts on what the near future holds?

FLANNERY: They've got to nail the draft and figure out the frontcourt mix, but the Blazers have a star player, a smart coach, a good general manager and a rich owner. That's a strong base to build this thing back to contention. I think they'll be fine and back to contention fairly quickly. Luck permitting.