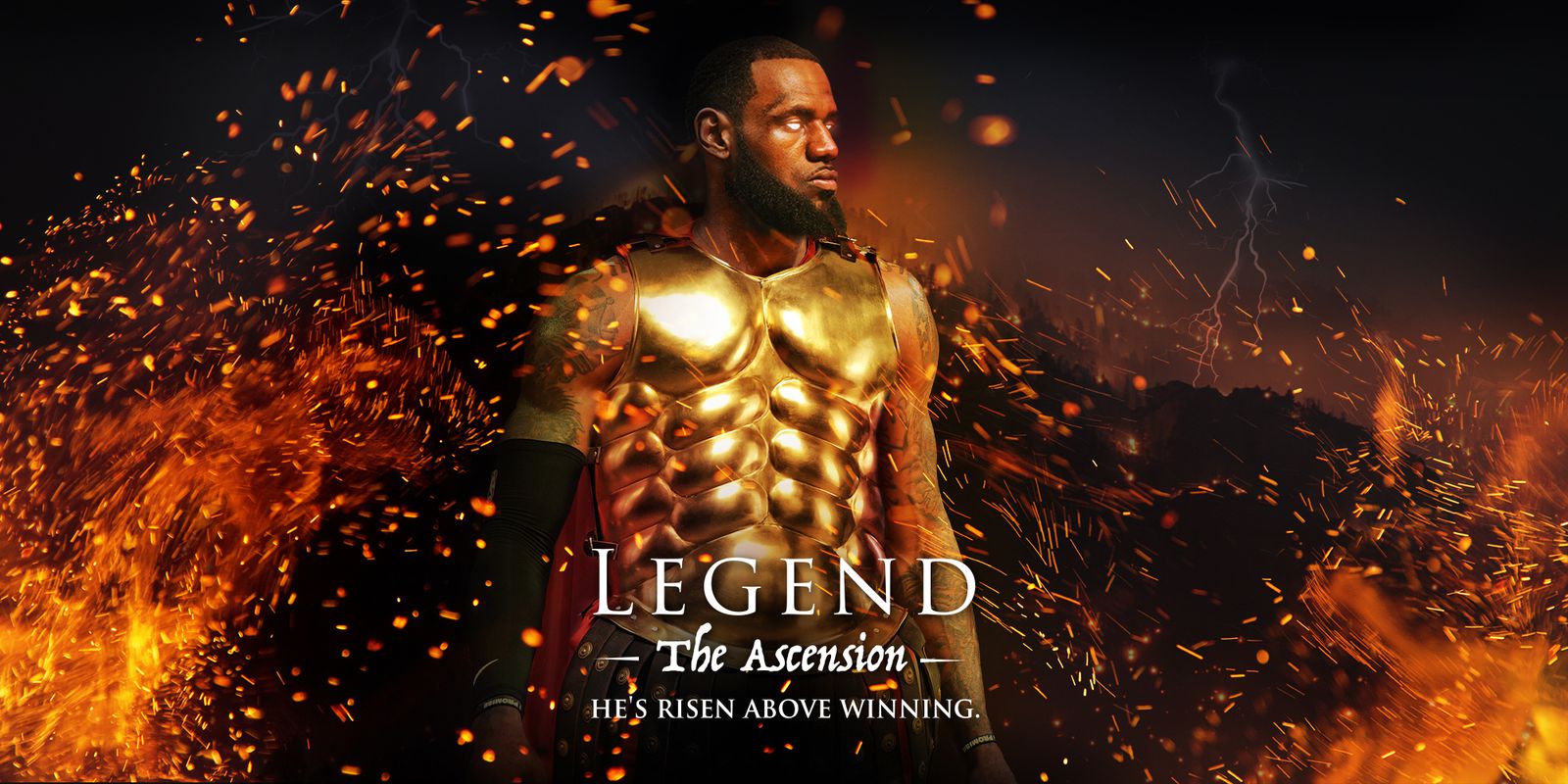 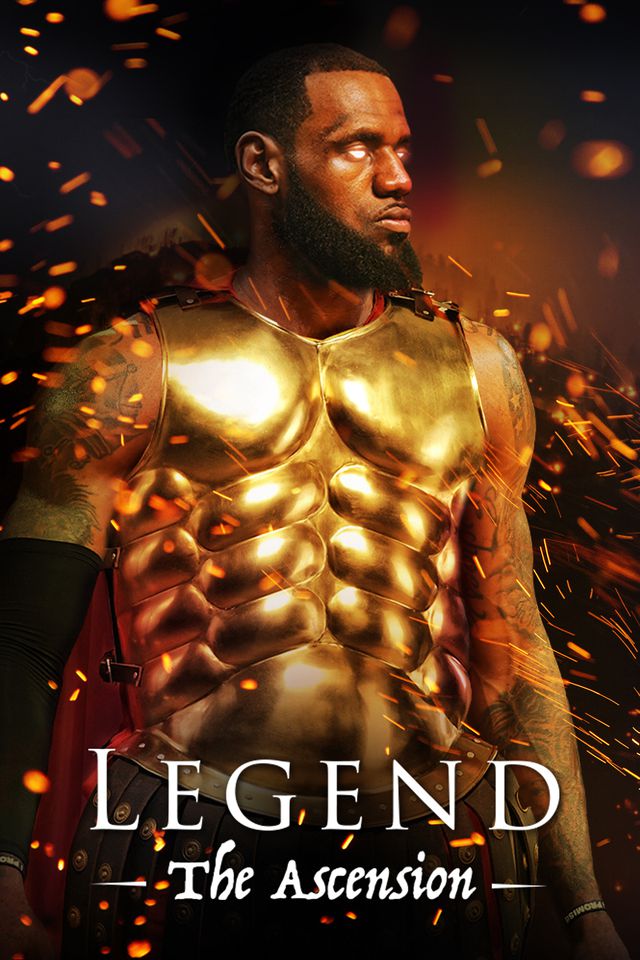 Consider, for a moment, the two instances in which LeBron James found himself at the center of the world’s attention this summer.

First, in early July, LeBron announced his enormous decision to join the Los Angeles Lakers. To mark this momentous occasion, LeBron’s agency issued a brief press release on a Sunday night. He did no media, and in fact, left rather immediately for a vacation in Europe with his wife. The Lakers actually had to wait a while to officially sign LeBron, leading to a (very) minor panic among some hardcore fans.

Upon signing the contract, LeBron didn’t have a big press conference or do a SportsCenter hit or a magazine profile. He’s done all that before. He’s beyond all that.

A month later, LeBron was back all over ESPN and CNN and every other newscast when he opened a new public school for disadvantaged children in his hometown of Akron. LeBron partnered with Akron Public Schools to build the I PROMISE School from the ground up, investing tens of millions of dollars from his foundation and clearly being very involved along the way. He spent the rest of the summer gleefully sharing photos of the students and the school on social media.

In contrast to when he agreed to join the Lakers, LeBron was very available to the media. He was so available to talk about his school’s mission, and his drive to do this for kids in situations like the one in which he grew up, that he ended up talking about the Lakers a bit in that process.

LeBron is a hero and symbol and, truly, a demigod to so many who love him for so many different reasons.

Of course, he also found himself forced to talk about the person that everyone is now forced to talk about every day without end. That drew a Presidential insult, but no direct clapback, because LeBron is beyond mere politics, too. Since “U Bum” and the Warriors’ White House visit kerfuffle of 2017, and given LeBron’s impressive social work in Akron, James is political without having to talk about politics. His existence and excellence is a political statement against the ideology in power.

The contrast between the quiet, simple Lakers announcement and the festive, camera-ready blow-out at his Akron school’s opening puts into relief what legacy LeBron is actually seeking.

Calling LeBron James the best basketball player in the world is both true and insufficient. It’s like referring to Hercules as antiquity’s strongest hero. It’s technically accurate. It checks out. But it wildly understates what defines our protagonist. LeBron is the best basketball player in the world, and has held that title for roughly 13 years, give or take. Yet that doesn’t come close to explaining the enormity of the legend and reality of LeBron.

LeBron rules basketball, and that’s only part of his story.

In a way, this summer has proven that LeBron seeks to find and overcome new challenges that are greater than mere basketball. His decision to join the Lakers — a team that has been five years out of the playoffs, with mostly unproven youngsters and no true co-star — would have been near the lowest-ranked choices for someone who prioritized sheer domination. The Cavaliers with Kevin Love; the Rockets with James Harden and Chris Paul; the Sixers, with Joel Embiid and Ben Simmons — all made more basketball sense than the Lakers. But basketball is only a piece of the contemporary LeBronian puzzle, and frankly not even the most important piece.

Consider that LeBron — in his 16th NBA season, with three championships and four MVPs in the bag, already pushing the boundaries of how long an elite player’s productive peak can last — signed up to blow a season with Lonzo Ball, Brandon Ingram, Kyle Kuzma, Lance Stephenson, Rajon Rondo, JaVale McGee, Michael Beasley, and Kentavious Caldwell-Pope.

The 12 Labors of LeBron

Hercules won immortality by completing 12 labors; The King is working on his quests.

LeBron grew up poor and housing insecure. Simply surviving was a challenge greater than many ever face.

The most hyped NBA prospect ever lived up to it rather quickly, despite entering as a teenager.

Quashing concerns if his game suited the league, LeBron carried the Cavs to the 2007 Finals, slaying the Pistons in the process.

No basketball immortal survives eternity without a ring.

Two rings and a 66-win season will do that. Except for Skip.

From Trayvon to Eric Garner and beyond, don’t be afraid to speak your truth … no matter who buys sneakers.

Bonus points if you both shock everyone and keep it a secret until a magazine story comes out.

I hope you haven’t forgotten that despite being down 3-1 to a 73-win team, the Cavaliers won the 2016 Finals.

Win one for Ohio

Lift an iconic team back to prominence

The Lakers have been moribund for five years. What LeBron is doing in L.A. is a gift to the NBA.

It’s impossible to square that reality with the notion that basketball is LeBron’s primary priority and focus.

And it doesn’t matter at all because LeBron has earned near-universal respect from his contemporaries, from the legends who preceded him, and from those who will write the first, second, and third drafts of his legacy. LeBron has not abandoned basketball as a primary focus. He has looked beyond it.

The reward for Hercules completing his 12 labors was immortality. This, too, is what LeBron seeks: an eternal legacy beyond the sport.

The rush of LeBron-linked projects announced this summer has laid bare the real benefit of moving to L.A.: it’s a really convenient place to build a media and entertainment empire. LeBron and Maverick Carter’s SpringHill Entertainment seems to announce a new development deal every week. LeBron voices a yeti in an upcoming Warner Bros. animated movie. A show that involves LeBron sitting in a barbershop talking to people is on HBO. He’s producing game shows, documentaries, and shows loosely based on the lives of kids whose circumstances resemble those LeBron grew up within. He’s making the “Space Jam” sequel we’ve always joked about. And this is really all just the beginning for LeBron as a media mogul.

This slice of LeBron, though, is only part of the story; the I PROMISE School is clearly just a milestone in LeBron’s social program, not the finish line.

LeBron isn’t the first athlete whose reach extends this far beyond his sporting fandom. Others, most notably Michael Jordan, have become marketing titans. Jordan’s sneakers are status symbols the world over; his personal brand logo is more powerful than the NBA’s actual logo. (No disrespect to Jerry West, of course.) Jordan starred as himself in an animated movie and turned his basketball talent and charisma into a billion dollars of net worth.

He’s not alone. Tiger Woods, during his peak, didn’t just ascend beyond golf as its greatest player, but he carried the sport upward with him as a marketing titan. David Beckham is an icon the world over not just because he was an awesome soccer player, but because his good looks and marketing prowess made him a household name in households that couldn’t have told you what club’s jersey he wore.

Likewise, LeBron is not the first athlete to stretch beyond his sport as a social being. Muhammad Ali, Bill Russell, Kareem Abdul-Jabbar, Billie Jean King, and others took on sociopolitical personas that expanded well beyond their respective sporting fandoms. They did this by speaking up for themselves and their communities, and being unflinching in the face of consequences. LeBron, by contrast, faces no real consequences for his sociopolitical persona, largely because of their earlier work (and, of course, the work of non-sports civil rights heroes).

LeBron’s twist is that he’s accomplishing both: He is a global icon as a businessman, and as a champion of social progress. His craft is basketball and he’s the best in the world at that craft, but he doesn’t really need to focus on that anymore. LeBron is a hero and symbol and, truly, a demigod to so many who love him for so many different reasons. He has the attention of the public education wonks and the hypebeasts and The Resistance and the barbershop and the toddlers and the C-suite and every basketball fan on the planet.

If it seemed as though mere basketball was a secondary concern to LeBron this summer, it’s because it was. LeBron is looking for immortality beyond the sport. LeBron remains the greatest basketball player alive, but he is also so much more.

Because you liked ACTION / ADVENTURE, we recommend