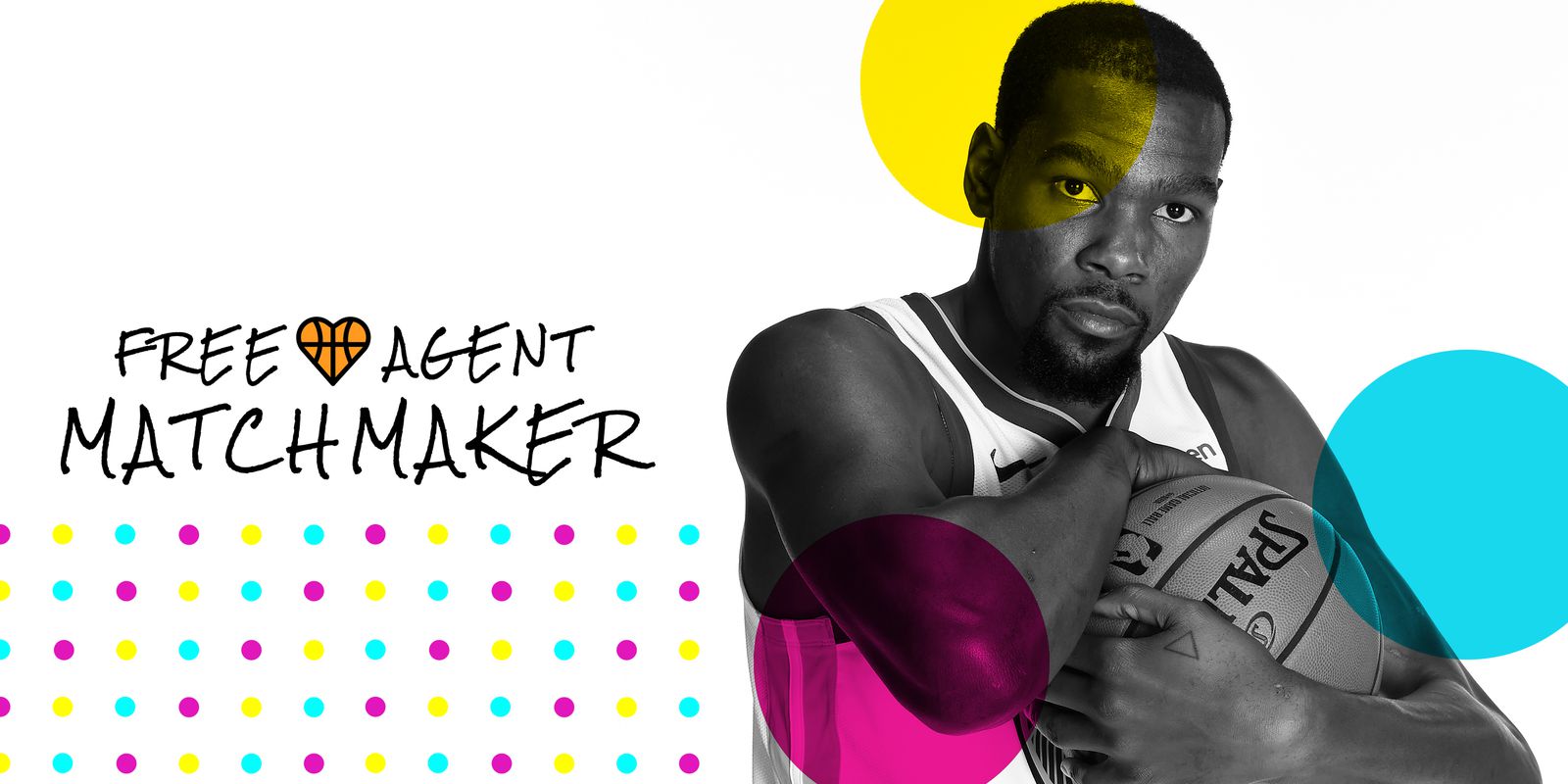 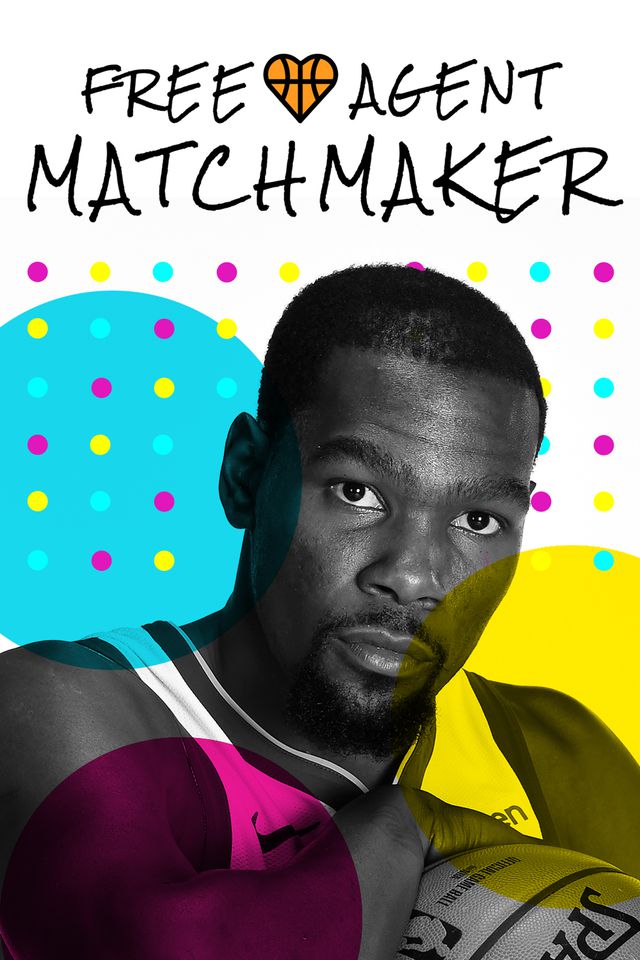 Relationships define NBA transactions these days. Need proof? They’re how Jimmy Butler got to Minnesota, then subsequently factored into why he didn’t work out there. And next summer, Butler and some of the biggest names in basketball will have the option to enter free agency, where they’ll test the strength of their current relationships, or traverse the uncertain summer waters into new ones.

After a 2018 summer where money dried up, many teams are poised to offer themselves as options in 2019. The salary cap is projected to rise to nearly $110 million, and the four franchises in the two biggest markets in the country (Los Angeles Clippers, Los Angeles Lakers, New York Knicks, and Brooklyn Nets) have cleared cap space to participate. So could several other contenders, including the Philadelphia 76ers, Utah Jazz, and Indiana Pacers. All in all, nearly half the league has the means to create cap room to land at least one star.

The dating pool is deep, too. Seven players on the market can be considered game-changers for those franchises willing to heave a hefty bag of cash in their direction. That bag, usually a max contract, will start with a $32.7 million salary in Year 1 and could pay more than $40 million in Year 4 (and 5 if they stay with those teams), depending on the player’s level of experience.

No team will pay that much money to a player who isn’t a fit for them, and a player will be disappointed if he’s cashing in checks on a team that isn’t holding up its end of the bargain.

So, it’s time to find the perfect matches for the seven star free agents of 2019.

About me: 2x NBA champion, 2x Finals MVP, 2nd best basketball player in the world. IM ME, I DO ME, AND I CHILL.

Favorite quote: “I could have easily signed a long-term [contract], but I just wanted to take it season-by-season and see where it takes me.”

Matchmaking results: Durant is a perfect fit wherever he wants to go. He could continue winning rings in Oakland, team with with LeBron James in Los Angeles, or play with another unicorn in New York. And though the compatibility match score is lower, Philadelphia would be such a natural fit in our minds: burner accounts, a rabid fan base, and the chance to just play ball.

Nobody really knows what KD wants — not even KD himself, sometimes! Those are the toughest people to read, especially in a relationship. However, Durant isn’t leaving for a small market, somewhere he can’t win, or anywhere where basketball will feel less fun. Save for maybe the Warriors, no team has more fun hooping than the budding young 76ers.

Durant would be a star in Philadelphia and would be the talent that pushes the Sixers into championship contention. Durant with Joel Embiid and Ben Simmons? That’s not fair, not even a little bit.

About me: I’m a fun guy. Obviously I love the game of basketball. You just need to ask me more questions in order for me to tell you about myself. I’m not going to give you a whole spiel.

Likes: Stealing the ball from you; Raising game under pressure; Not letting you get open; Playing within the flow of an offense; Winning championships; Working hard.

Matchmaking results: There is no perfect match for Kawhi Leonard because we know so little about Kawhi Leonard. Based on the few details we know so far, Leonard doesn’t seem interested in playing on a super team, nor is he in love with the idea of being LeBron James’ teammate. There have also been conflicting reports about whether he forced a trade from San Antonio to build his brand in a bigger market.

Toronto is a bigger market than San Antonio, and the Raptors can throw $190 million at Leonard. If the season goes well, he could bite. Kyle Lowry, Serge Ibaka, and Jonas Valanciunas are under contract for only one more season beyond 2018-19. That’s $74 million coming off the books in 2020 — enough money to build a scrappy contender around one of the best two-way players in the league.

About me: You don’t know me. You can’t guard me. Give me the ball and get out of the way.

Seeking: The edges of the Earth; Defender’s ankles; Championships; Legacy; The ball.

Dislikes: The globe; LeBron James; Deferring to others; Losing.

Matchmaking results: Irving said it himself: He wants to stay and he wants to see his jersey number hanging in the rafters alongside Boston’s greats. The only way to do that is to deliver championships — plural. With the roster the Celtics have put together, that’s very possible.

Boston made it to Game 7 of the Eastern Conference Finals with Irving not playing due to knee surgery, but they may have been able to overcome LeBron James had their go-to scorer been available. He’s returning, and so is Gordon Hayward. The Knicks and Nets can’t offer what Boston can.

This is a match made in basketball heaven.

Likes: Working harder than anyone else; Telling it like it is; Defending your team’s best player; Winning.

Matchmaking results: Butler is 29 years old and has only played one full 82-game season (he can thank Tom Thibodeau for that). Given his shaky relationship with Karl-Anthony Towns and Andrew Wiggins, he has zero tolerance for this new generation of basketball players. So we like sending him to the team of the olds, one that needs a two-way star alongside all its offensive firepower.

Butler’s a Houston kid, and his homecoming could give the Rockets a better chance at upending the Warriors in pursuit of a championship this season. If they pull it off, the Rockets can re-sign Butler for a long-term contract. It’s a lot of luxury tax for Houston’s ownership, but you’ve got to pay to win in this league.

Miami’s culture of hard work would be a terrific fit for Butler as well.

About me: People like me. I’m so serious. I’m low maintenance. I shoot the lights out of the gym. Should I ride this dynasty out with the Warriors, or chase my pops’ legacy in Los Angeles? Or maybe I do my own thing somewhere else? Does any of it matter?

Favorite quote: “When guys go into free agency, they’re searching for a situation like mine or similar to our team. So I’m perfectly content here.”

Matchmaking results: If Thompson wants to do his own thing and be the leader of his own team, a match like Brooklyn makes sense. However, Scat Man seems completely content winning championships with Golden State. He and Stephen Curry have created one of the best 1-2 punches in NBA history, and if it ain’t broke…

About me: I’m loyalty, defined, but I’m also underpaid. I’m 28 years old and looking to cash in. I’m still in my prime. I just want to be loved.

Likes: Crossover-stepback jump shots; Giving back to the community; Being a genuinely good person; Scoring; Running defenders through a big man.

Favorite quote: “I hope the Hornets get something done before anything, before any team even approaches me.”

Matchmaking results: There is no perfect match for Kemba Walker — not now — and his options are limited. (It’s not the best hand to be dealt, but it’s one he’ll have to play anyway.)

Walker’s from New York and has entertained the thought of returning home, but the Knicks are a young team building for the future, so he doesn’t fit their timeline. Nor does he fit Charlotte’s, because the Hornets are going nowhere and are handcuffed by poor contracts. Outside of sentiment, it doesn’t make much sense for them to give him the max.

Do the Lakers need a co-star at the point for LeBron, like Irving was in Cleveland? Possibly.

A promising team like the Pacers, whose starting point guard is Darren Collison, could be a solid landing spot.

Or maybe a team like the Magic, with several promising athletes but no star point guard to orchestrate the offense, is a good fit. Walker’s best individual season came under Steve Clifford, and Clifford now coaches the Magic. A reunion might be Walker’s best bet, especially if he wants to get paid like the star he knows he is.

About me: I was one of the best big men in the league before I tore my Achilles, then my team started playing better without me. I’m gonna rehab this season, and come back and show out on the best team in the league. Then, you’re gonna give me a whole bag to come hoop for you.

Matchmaking results: Cousins’ market is wide open because we have no idea how healthy he’ll look, so let’s explain why we have the Bucks at the top.

Giannis Antetokounmpo’s contract runs out in 2021, and the Bucks’ only hope at keeping him in town is to put another star next to him and make a legitimate championship run. Antetokounmpo is the primary ball-handler on many of Milwaukee’s possessions. Boogie can be the help he needs.

The Bucks need to renounce Eric Bledsoe and Khris Middleton, or trade away unwanted salary, to create meaningful cap space. But should they do that, they can land Cousins at less than the max.

The center position becomes more dated by the year, and there’s no telling if this will work. But the Bucks have to do anything they can to keep Giannis happy, even if it means taking a flyer on Cousins next summer.

Because you liked REALITY, we recommend