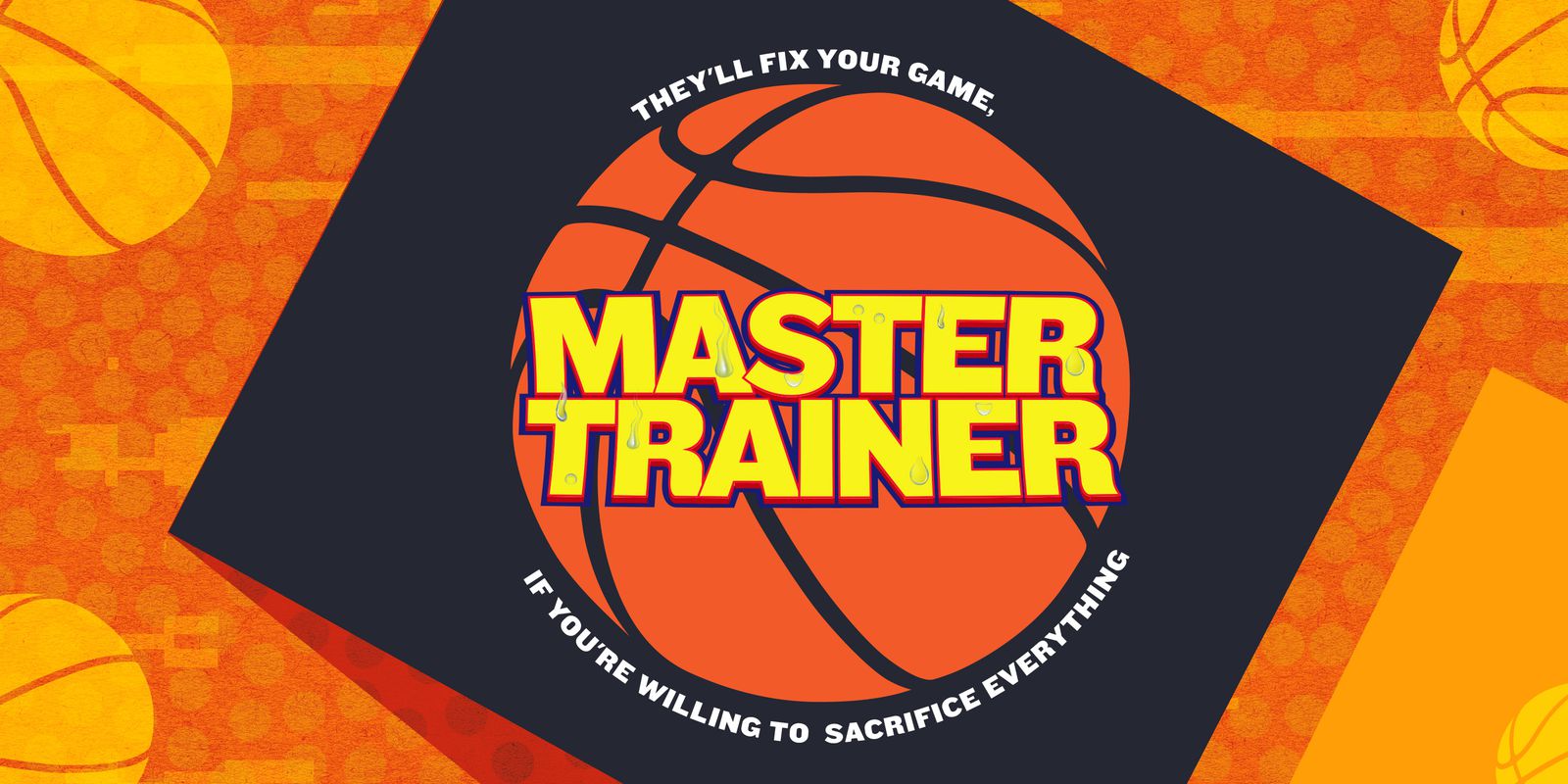 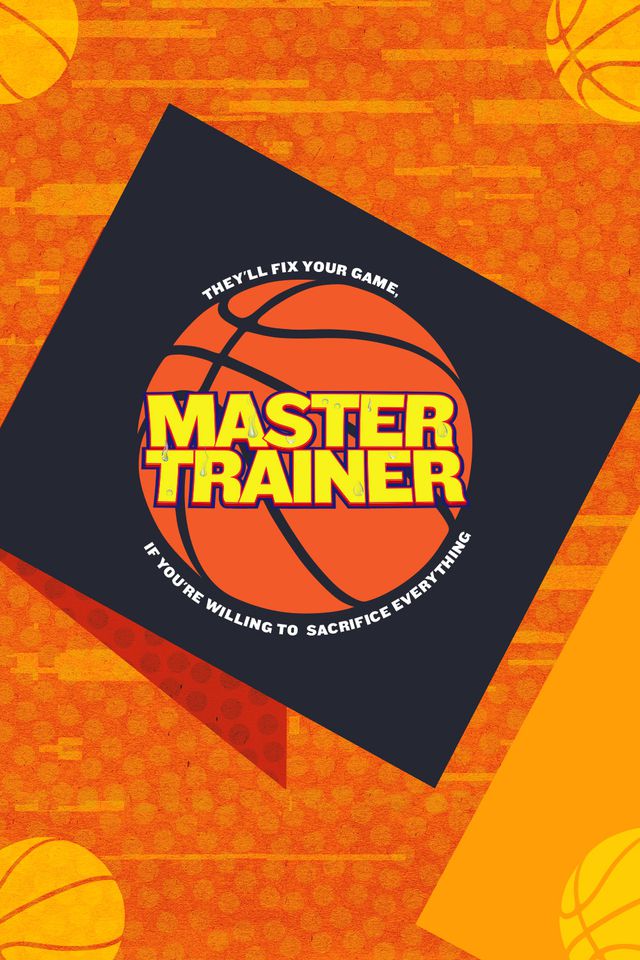 When Carmelo Anthony needed to give his game an extra push to help adjust to his third team in three years, he could have asked anyone for help. Perhaps a Hall of Famer like Houston’s own Hakeem Olajuwon, who used to invite top players for post-move boot camps. Or maybe working ahead with the top-notch Rockets player development staff was a better way to transition.

Instead, he contacted Jordan Lawley, a 6’4, 185-pound former Division II player who was once so desperate for business that he used to drive down San Diego side streets in a bright orange Prius designed to mimic a basketball. His website was displayed on the bumper, and his Instagram handle and phone number cascaded down the passenger doors. But the most shameless self-promotion laid on its hood: “I TRAIN.”

“I was such a square,” Lawley jokes.

That was six years ago, before Lawley could call Anthony, Klay Thompson, and Kevin Durant clients. Before he made it to the top of the training food chain alongside Alex Bazzell, DJ Sackmann, and Drew Hanlen — all of whom have become increasingly visible fitness gurus and jumper whisperers, despite never playing at the highest level themselves. Now, they help the best players get even better. 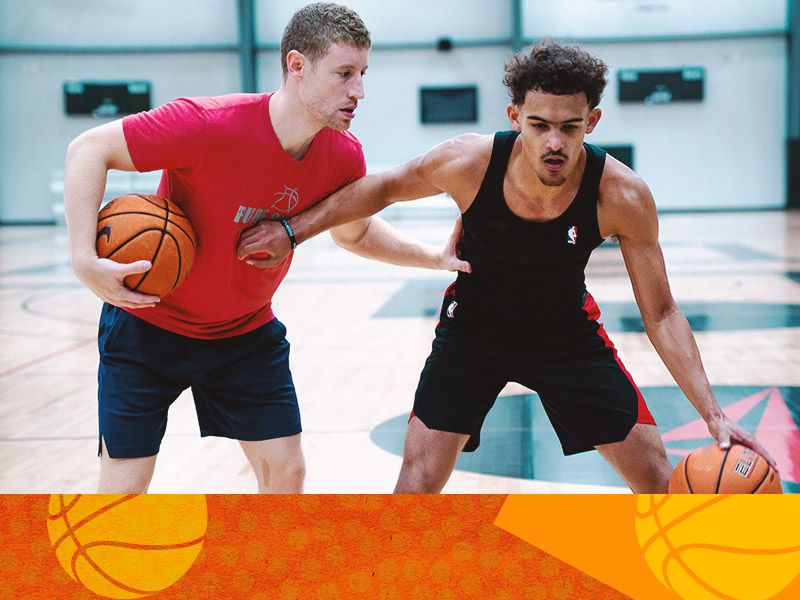 Of course, Lawley is hardly the only skills trainer who ran an entrepreneurial maze to earn the opportunity to help the league’s best players gain an extra edge. Most of them started nameless, searching for recognition like a Soundcloud rapper frantically Tweeting his latest single. And, more like a happy accident, most of these high-profile consultants didn’t aspire to work in the business from the beginning.

Sackmann, who’s worked with Brooklyn Nets forward DeMarre Carroll and former Miami Heat guard Mario Chalmers, was preparing for an overseas pro basketball career that never happened when a local high school player’s dad asked if his son could join his workout. He said yes, then was handed a $50 bill for his efforts when the workout finished.

Lawley, who thought he’d be an orthodontist, worked the front desk at a local gym during his college basketball career at the University of California-San Diego. A woman asked if there was anyone available that could train her adolescent son, and Lawley, just the front desk guy, gave it a go.

“New age guys think, ‘I can’t wait ‘til I get my big break and get my first NBA guy. I just need one NBA guy and then I can build my base of lower-level players,’” Lawley says. “That’s not always the case.”

The reason players work with gurus is because they put their clients’ best interests first, even if it’s not what the clients want to hear.

Bazzell’s first get came via his former college roommate, the late Kirk Korver (brother of NBA sharpshooter Kyle). Korver knew Doug McDermott, a rookie for the Bulls, so Bazzell paid his own way to Chicago in hopes of making a connection. Three years later, when Bazzell headed to Oklahoma City with McDermott, his former AAU coach paired him with a high school senior named Trae Young.

Serendipity also helped him build out his roster. At random, he received a text message from Bulls forward Bobby Portis requesting offseason help. Later, he stumbled upon WNBA all-star Candace Parker in an open gym after she’d just parted ways with her old trainer.

But ultimately, why would the best basketball players on Earth find and stay with trainers whose own playing careers topped out in the G-League or overseas? Mostly for two main reasons: attention to detail, and the willingness to be honest.

Each player requires their own unique workout plan, so trainers must know how to connect advanced statistics to actual skill work. Many use Synergy Sports, a website that tracks hyper-specific situations such as shooting percentage off one dribble and from the left elbow. They then pick apart game film to learn why numbers are lower in one area than another.

Using these tools, Bazzell called Young out on his most well-known flaw: his defense.

“A lot of it was about Trae getting through screens more than anything else,” Bazzell says. “You’re not going to lock up Chris Paul or Russell Westbrook or Damian Lillard one-on-one regardless.”

Lawley drilled Thompson on moving off the ball, his bread and butter, but also adjusted the workout plan to account for Thompson’s upcoming free agency.

“There’s the skill enhancement approach where we have to focus on different skill mechanics that he might not be great at, but will be necessary,” Lawley says. “Especially going into his free agent year, where there might be an opportunity to take a different role for a different organization.” 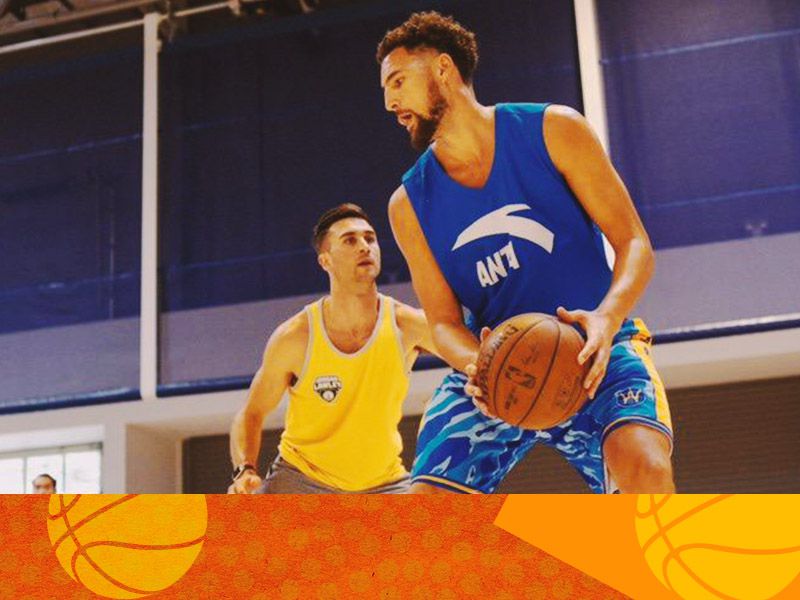 He took the opposite approach with Anthony, who is joining an unfamiliar Rockets offense that became the first in NBA history to attempt more three-pointers than two-pointers last season. While Lawley did help Anthony learn tactics to create lateral space to fire from deep, he also refined Anthony’s go-to: the jab-step package from the mid-post.

But putting together detailed workout plans isn’t these trainers’ sole value. The reason players work with gurus like Bazzell, Lawley, and Sackmann is because they put their clients’ best interests first, even if it’s not what the clients want to hear.

“A lot of these athletes have a bunch of Yes Men or Yes Women in their lives. They get their asses kissed all the time,” Bazzell says. “I’m not that way. I tell them what they need to hear.”

“I am a firm believer in, ‘It’s not always what you say, it’s how you say it,’” Lawley adds. “If you give them confidence in your approach about what you’re saying, they’re going to show you that respect. The second you’re tentative or passive in something you might be trying to teach them, they’re going to brush that off and think, This guy doesn’t know what he’s talking about. Screw him.”

Maintaining that trust is complicated by social media elevating these trainers’ celebrity. Lawley and Sackmann post daily videos of their work with top athletes to their [separate] 300,000-plus Instagram followers. Hanlen has nearly 200,000 followers and has become a courtside regular at Philadelphia 76ers games because of star clients Joel Embiid and Markelle Fultz.

Some Instagram videos are instructional, and some are packaged like highlight tapes. Regardless, consumers are flocking to them; any video could attract more than a million pairs of eyes, which, for an entrepreneur, means a million potential clients.

“It’s the best marketing tool that’s out there for trainers,” Lawley says. “The ones who are affected the most are in the 13-24 age range, who are going to be the ones who tell the parents to go to their Instagram account to watch.”

Trainers acquire an overwhelming amount of business through social media, but they must also tread lightly: trainers can’t exploit their famous clients to become famous themselves.

“A lot of these athletes have a bunch of Yes Men or Yes Women in their lives. They get their asses kissed all the time. I’m not that way.” —Alex Bazzell

“People’s mentalities change when you throw that K behind their name or you give them a blue checkmark,” Bazzell says. “I understand nobody would give a shit about what I’m posting unless it’s Trae or Candace or Kobe. That’s what I try to explain to people. People don’t give a shit who you are. They just like who you train. That’s the way it is. I think there’s an unlimited value in what we do, but I think people get carried away with just how important they are.”

Indeed, trust is the foundation of skill trainers’ world, beyond the workout process. Players trust that trainers won’t post pictures and videos online that generate negative attention or open them up to criticism. Players and their agents also trust trainers not to leak news.

And the variability of that trust means most trainers don’t work exclusively with NBA players. Bazzell and Lawley say just 10 percent of their yearly income comes from pros, with the rest coming from local camps and amateurs. That’s in part because NBA players are only in an “offseason” for three months tops.

“Summers don’t push my needle,” Lawley says. “They’re a means of just getting my pro guys in the gym, getting great content, and forging relationships to push forward for the next year.”

What’s more, there’s no industry standard for compensation. Outside of travel expenses, Bazzell says he makes no money off Portis, Young, McDermott, or any other client on a rookie contract. They have an understanding that once they get paid, so will he. But not every trainer works that way.

“Some guys I know are top trainers in the world and they tell players, ‘Pay me what you think I’m worth,’” Bazzell says. “In that sense, you have to have another stream of income coming in, or else you just don’t know.”

“I know trainers who have flown out to different places and the workouts are cancelled,” Sackmann says. And they’re like, ‘I just flew out here to work with you.’”

“From a sustainability standpoint, I just didn’t see the model,” he says later. “It looks good on social media that you’re working with NBA guys, but most of the time, it’s one or two months out of the year.”

Others, though, are diving deeper into the Wild West. Bazzell says he’s considering hiring an agent of his own, and Hanlen, a mentor of his, is being hailed as the fixer for Fultz’s broken jump shot.

Skills trainers are growing into an offseason staple for younger professional clients, and their significance is only growing with each passing year in the social media age.

They certainly don’t need to drive around a corny billboard on wheels to attract attention anymore, even if it worked once upon a time.

”The amount of money it made was well worth the investment,” Lawley says. “And, worth the embarrassment.”

Because you liked SELF-HELP, we recommend