No sport seems tasked with defending its own worth more often than college basketball, and last season started to take on the feel of the game's last stand.

For most of the regular season, even college basketball's biggest proponents couldn't stop talking about how it had degraded. Scoring plummeted to its lowest average since 1952, the pace of play reached a screeching halt and coaches armed with too many timeouts interrupted the flow of every close game. Rarely had the state of college hoops felt so frail.

Then a funny thing developed along the way: the most maligned regular season in recent memory gave way to an absolutely fantastic NCAA Tournament. The TV ratings backed it up: even during a time when just about everyone agreed the sport was in a downward spiral, the tournament still found a way to suck people back in.

You couldn't handpick a better Final Four. In Duke, Kentucky and Wisconsin, three No. 1 seeds advanced out of their region for just the fifth time ever. Kentucky's pursuit of perfection hung over everything, but the 'Cats were far from the only compelling story. There was Tom Izzo's Cinderella run with Michigan State during a presumed rebuilding year. There was Bo Ryan and Wisconsin, back at the tournament's final weekend with a veteran group traditionalists could latch onto. And then there was Duke, a team that won the national championship by receiving 60 of its 68 points from four freshmen in the title game.

The year college basketball was supposed to be disintegrating happened to be a year in which the sport was loaded with great teams. But while heavyweight fights at the end of the year made for riveting television, it also cloaked the entire season in an uncharacteristic air of certainty. For most of the country, there wasn't much hope against John Calipari's intergalactic front court or the Badgers' combination of talent and experience or Coach K's unstoppable momentum on the recruiting trail.

It's likely that won't be a problem this year. College basketball is wide open once again, and the result is a season that starts with no superteams or heavy preseason favorites. If you love college basketball for how volatile it can be, this season is for you. 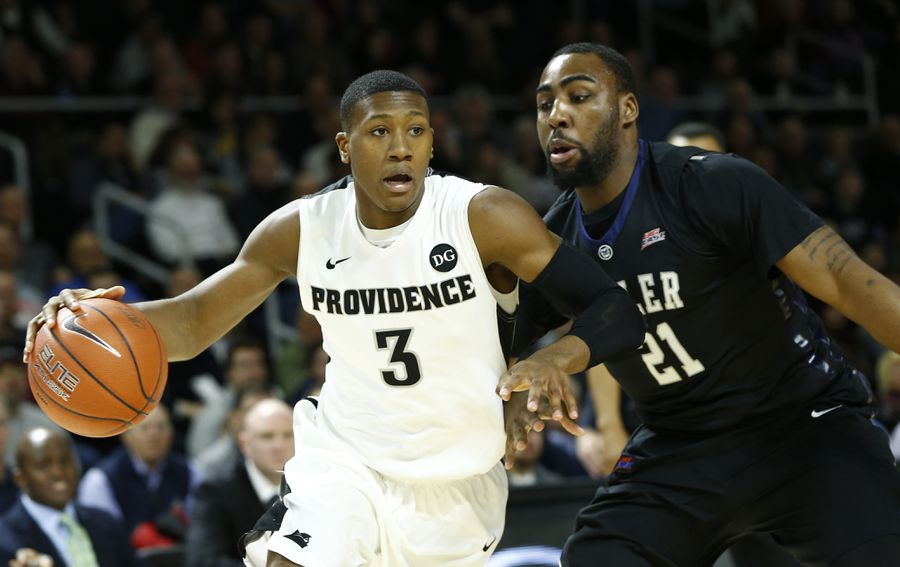 The steady hum of criticism that emanated throughout last season did bring some tangible changes. The shot clock was mercifully shortened to 30 seconds, the restricted area arc has been widened and coach's timeouts have been cut. Perhaps the rule changes will make the game incrementally more watchable, but basketball as a sport will always be defined by its level of talent. If this year indeed proves to be more wide open, it's because of two main reasons.

Willie Cauley-Stein didn't need another year at Kentucky to become a first round draft pick, but he came back anyway after a foot injury knocked him out of the Wildcats' run to the title game in 2014. Frank Kaminsky and Sam Dekker could have found their way on an NBA roster had they jumped to the league a year earlier, too, but neither was ready to leave behind what they had built at Wisconsin. Even a team like Arizona -- who fell a game short of the Final Four each of the last two years -- returned two players who started NBA games this week in Rondae Hollis-Jefferson and T.J. McConnell.

It isn't the same this year. The one player who made a shocking decision to return to school -- point guard Kris Dunn -- plays for a Providence team that will have to fight to just make the tournament. Jakob Poeltl may end up as the best big man in the country, but Utah still has a Delon Wright-sized hole to fill on the perimeter. Maryland, welcoming back Melo Trimble, has a stacked roster on paper, but still has to produce a top 50 offense before anyone crowns them.

Kentucky didn't keep Dakari Johnson, Duke didn't keep Tyus Jones and Kansas doesn't have the luxury of Cliff Alexander and Kelly Oubre coming back. The top teams will still have quality rosters, but all of them feel flawed to a certain extent.

The 2015 national recruiting class is good, but it isn't like last year

College basketball fans love to hate the one-and-done rule, but it has given the college game some transcendent talents recently. The class of 2013 lived up to what felt like years of hype with Andrew Wiggins, Jabari Parker and Julius Randle leading the charge. The class of 2014 somewhat unexpectedly turned out to be even better, with Karl-Anthony Towns, Jahlil Okafor and Stanley Johnson playing huge roles for some of the best teams in the country.

This year's crop of freshman will produce exciting players, but their impact isn't expected to be as significant. Most recruiting experts have been more excited about the top talent within the class of 2016 for a while now.

Duke is welcoming an incoming freshman class that is merely really good rather than one that will have three one-and-done first round picks. Skal Labissiere is expected to be the next star in Calipari's burgeoning big man lineage, but it would be almost impossible to measure up to Towns. Ben Simmons was the No. 1 recruit in the country, but he chose to write his own legacy at LSU rather than jump aboard a traditional blueblood.

Jamal Murray will be a killer, Brandon Ingram has all the talent in the world and Cal's one-two punch of Jaylen Brown and Ivan Rabb should make the Bears the country's most entertaining team. But this season just doesn't seem to have the same landscape-shifting recruiting hauls entering the picture.

It's part of the reason why Kentucky is our No. 1 team even though no one expects them to be nearly as good as last season. It's why North Carolina starts the AP Poll tied for No. 1 during a year in which they might not have a first round draft pick. It's why this almost feels like a transition year for Duke with Harry Giles and Jayson Tatum a season away even as Coach K welcomes a top two recruiting class in the country.

There's going to be an opportunity for team to crash the party, and it might not be limited to just one. It was only two years ago that UConn won it all as a No. 7 seed. With fewer great teams and the NCAA Tournament always ensuring one bad night can send a powerhouse home for good, don't be surprised if there's some new blood around at the end of the season.