Starting on Nov. 11, 351 teams from 32 different conferences will begin play in America's largest and most spirited major sport. The sheer number of teams and the taxing gauntlet they all go through over a four month span also make college basketball perhaps our country's most difficult sport to predict. That doesn't mean we shouldn't try.

Here are 10 bold predictions for what we're going to see between Nov. 11 and April 3.

Picking any team to win the NCAA tournament in November is bold, but I'll admit that rolling with a near-unanimous preseason No. 1 doesn't exactly get us off to an overly reckless start.

Even if Harry Giles misses half the season or is never 100 percent, the Blue Devils still have all the makings of a college hoops superteam. There's the established superstar in Grayson Allen, the productive veteran leader in Amile Jefferson, and the future millionaire freshmen in Giles, Jayson Tatum, and Marques Bolden.

Playing in the toughest conference in the country and playing at least a portion of the season at less than full strength should be enough to minimize any 40-0 chatter, but even when they stumble, the Blue Devils figure to remain a cut above the rest of the country for the duration of the 2016-17 season.

2. The ACC will tie the Big East's record and send 11 teams to the NCAA tournament

The ACC broke the Big East's old record for wins by a conference in an NCAA tournament when it produced 19 last year, so now it's time for the league to take a shot at arguably the Big East's most prestigious achievement.

Five ACC teams are ranked in the top 20 of the preseason AP poll and five more received at least six votes. Toss in one overachieving squad from the group of the other five (Think Notre Dame, the Irish have the benefit of playing Georgia Tech and Boston College twice) and you've got yourself 11 bids.

Duke, North Carolina, Virginia, Louisville, and Syracuse all seem like preseason locks to make the field of 68. Florida State, Virginia Tech, Miami, NC State, Clemson, Pittsburgh, and Notre Dame all have rosters that would probably land them somewhere in both polls if they played in different conferences. Boston College, Georgia Tech, and Wake Forest are all probably going to be bad, but nobody can have at it all.

3. The country will finally appreciate just how good Josh Hart is

The two biggest stars from Villanova's national championship run last season were senior captain and Final Four Most Outstanding Player Ryan Arcidiacono, who was spectacular in the tournament, and junior forward Kris Jenkins, who beat North Carolina at the buzzer with arguably the greatest shot in the history of March Madness.

Lost in that cloud of confetti was the fact that Josh Hart was 'Nova's best player last season. His return is the biggest reason why the Wildcats have a better chance to repeat than any defending national champion we've seen over the past decade. For all the hype that freshmen have received during preseasons of the "one-and-done era," the last 10 years have seen five seniors take home the Naismith Award at the end of the year as opposed to just two freshmen. Don't be stunned if Hart builds on that trend. 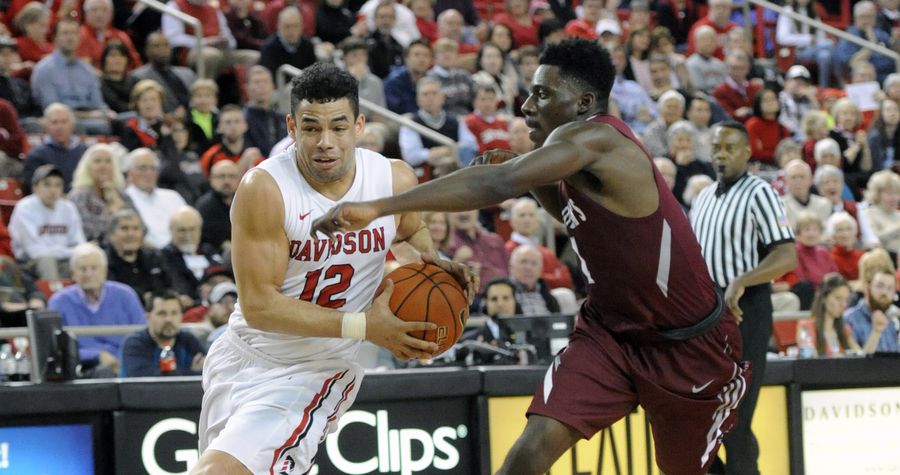 4. Davidson's Jack Gibbs will lead the nation in scoring

Gibbs' 23.4 ppg average ranked No. 7 in the country last year, and he's likely to have an even bigger green light in his senior season. If it happens, he will have outdueled college basketball's reigning scoring king, Howard's James Daniel (27.1 ppg).

Gibbs might not put up Stephen Curry level numbers in 2016-17, but he'll make Davidson almost as fun to watch as they were during the final years of the last decade.

Kansas basketball winning at least a share of the Big 12 regular season championship has become as much of a winter tradition as shoveling snow and complaining about how early it gets dark.

Last year was supposed to be the year this whole thing ended, and honestly, it's sort of unreal that it didn't. The Big 12 had a national semifinalist with the national Player of the Year in Oklahoma, and Buddy Hield. It had four other teams that won at least 20 games, and all four of those teams were seeded sixth or better in the NCAA tournament. And despite all that, Kansas won the conference again, and did so by two full games.

To put things in perspective, the last time KU's name didn't end up on the Big 12 championship trophy, George W. Bush was still in his first term as President, LeBron James was in the middle of his NBA rookie season, and SB Nation did not exist.

Just one other program in college basketball has dominated its conference this thoroughly: UCLA, which won the Pac-12 for 13 straight seasons from 1967 through 1979. The difference between what the Bruins did and what the Jayhawks are doing is that John Wooden wasn't the man at the head of all 13 of those titles. Bill Self will be in a few short months.

6. Illinois' John Groce will save his job

Groce was a controversial hire at Illinois from the get-go when the heads of Chicago's most prominent high school and AAU programs complained that they didn't know who he was. Things haven't gone much more smoothly since then, with the Fighting Illini missing the NCAA tournament in each of the last three seasons and going just 15-19 last year.

Injuries played a huge role in Illinois' struggles last season (and the two before it), but Groce now has those guys back. He survived the offseason with only one key departure in Kendrick Nunn. Malcolm Hill is a bona fide star, and if at least one or two of the newcomers can become reliable contributors, Groce should have a roster that's at least capable of competing with some of the better teams in the Big Ten.

The other thing Groce has working for him is the confidence of new athletic director Josh Whitman, who has been outspoken in his belief that the basketball program is headed in the right direction. This being the case, Groce likely just needs to show some improvement — not make the NCAA tournament — to get at least one more season in Champaign, Ill. 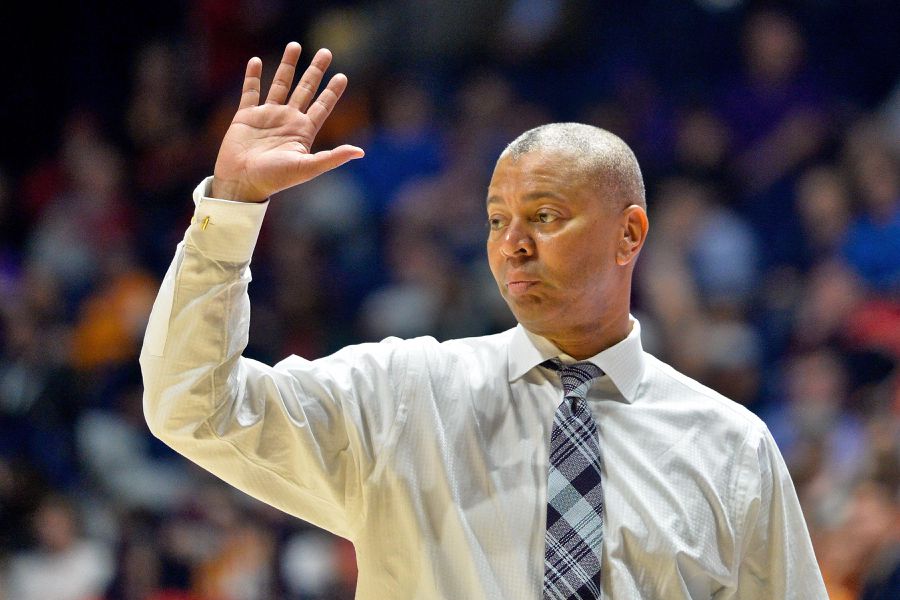 7. LSU's Johnny Jones will not remain with the team

LSU's 2015-16 season began with the promise of a top-20 ranking and the excitement of owning arguably the country's most talented player. It ended with one of the most embarrassing conference tournament performances you'll ever see, and the declining of a bid to the NIT.

Around mid-February of last season, LSU began playing with a "let's get this over with" demeanor reminiscent of a three-win high school team ineligible to participate in the postseason. The Tigers made little effort to challenge shots around the basket, they didn't appear to be running any sort of offense on the other end of the floor, and there was no enthusiasm on the bench. Basically, Johnny Jones' team appeared desperate to be doing anything other than playing major college basketball during the most exciting time of the season.

With the Ben Simmons circus now gone — although the new documentary about the star's one season of college ball doesn't exactly paint LSU or Jones in the best of lights — the negative attention in Baton Rouge is now squarely on Jones, who has made the NCAA tournament just once in four seasons, and that was a one-and-done effort in 2015. If Jones can't find a way to take this Tiger team with virtually no expectations to the Big Dance, then LSU will spend next March trying to reel in its own exciting new coach to try and keep up with the rest of the SEC.

8. The Maui Invitational will be the early season's best tournament

The Battle 4 Atlantis has made a meteoric rise to prominence in recent years thanks mostly to its ability to lure the best fields to the Bahamas for Thanksgiving weekend. That added notoriety paired with the appeal of easy travel for schools located on the East Coast has left many predicting recently that the Maui Invitational's days as college basketball's most visible early season tournament are numbered.

While the Atlantis tournament can claim two top-15 teams in Michigan State and Louisville this year, Maui is going to be on a different level from any of the 48 early season tournaments.

Even with host Chaminade, a Division II program, in the field, the 2016 Maui Invitational will feature three teams ranked in the preseason top 10 (No. 5 Oregon, No. 6 North Carolina, and No. 9 Wisconsin) and another in the top 20 (No. 18 Connecticut). The other three teams (Georgetown, Tennessee, and Oklahoma State) aren't exactly pushovers either.

9. No team seeded worse than fourth will make the Final Four

College basketball seems to be in the midst of a cycle where parity is the defining storyline of the sport one year, and superpowers are running the show the next. Expect 2016-17 to fall under the latter umbrella, with Duke, Kansas, Kentucky, Villanova, and Oregon all poised to exist as dominant forces in different regions of the country.

While the tournament is certain to produce some bracket-busting results on its opening weekend, parity will reign supreme in the regional semifinals and finals, setting up one of the most loaded Final Fours in recent memory.

10. Oregon will be the most controversial team in college basketball

When the brackets were unveiled on Selection Sunday last March, Oregon was the No. 1 seed that everyone pointed to as the one that would fall before the Final Four. The skeptics were vindicated when the Ducks ran into second-seeded Oklahoma and Buddy Hield in the Elite Eight.

Dana Altman returns four starters from that squad, including All-American candidates Dillon Brooks, Tyler Dorsey, and Chris Boucher. Justifiably, they're starting the season ranked No. 5 by the Associated Press.

Bring up geography if you want, but whatever phenomenon caused America to doubt the Ducks last March will cause them to not take Oregon seriously despite their gaudy record and national ranking in 2016-17. Oregon will have a chance to make a huge national statement in Maui against (potentially) No. 9 Wisconsin and No. 6 North Carolina. Even if that happens, November is a hard-to-rescue memory once the madness of conference play has taken over in January and February.

The Ducks will blast the rest of their non-conference schedule, roll to another Pac-12 title, and still be picked by more than half the bracket-filling public to fall short of the season's final weekend. It'll be on them to prove America wrong this time.

11. Gonzaga-Saint Mary's will be the nation's most compelling conference rivalry

Duke and North Carolina are both ranked in the preseason top six and UCLA and Arizona appear to be Oregon's primarily challengers in the Pac-12, but if you're looking for the most compelling conference games featuring a pair of bitter rivals, you're going to have to go out to the West Coast Conference.

After back-to-back subpar seasons by Randy Bennett's standards, Saint Mary's bounced back in a big way in 2016-17, winning 29 games and sweeping its season series with arch-rival Gonzaga for the first time since 1995. The 'Zags got the last laugh, however, by keeping their streak of 18 consecutive NCAA Tournament appearances alive with an 85-75 triumph in the WCC title game. The win was doubly sweet for Mark Few and company because it ultimately led to the Gaels being one of the final teams left out of the field of 68.

What happened last season will only add to the intrigue surrounding the rivalry in 2016-17. Both teams start the season ranked in the top 20, and both expect to not just make the Big Dance, but to do some serious damage once they get there. Playing in a conference that doesn't provide many opportunities for quality victories, the regular season meetings between the conference's two flagship programs -- which will take place on Jan. 14 and Feb. 11 -- should mean even more than they ordinarily do this season.