It's The Year of the Freshmanby J.Z. Mazlish

The one-and-done era has created a situation where the impact of a freshman class on college basketball can vary wildly from year to year. Last year, veteran players like Buddy Hield and veteran teams like Villanova dominated, while a weak freshman class toiled away on less successful teams.

This year's freshmen are going to be a lot harder to miss. The 2017 draft class is already drawing hype because of the talent of the freshmen class, but the talent influx is more than ready to first take the college game by storm.

These are the freshmen you need to know:

These guys are likely to be two of the best players in all of college basketball. Their teams didn’t make the preseason USA Today top-25 poll, but they are each talented enough to carry their teams to the NCAA tournament.

Markelle Fultz, PG, Washington: With the departure of Marquese Chriss, Dejounte Murray, and Andrew Andrews, Washington loses its three leading scorers from last year. Yet, there’s reason for optimism among Huskies fans because of Markelle Fultz. At 6’4 with a 6’10 wingspan he’s got prototypical length and athleticism, alongside some real flair for passing the ball and a budding jump shot. More than anything though, the guy is just smooth.

Without any other ball-dominant players on the roster, Fultz should be given the ball early and often. He will have the chance to put the team on his back in a competitive looking Pac-12.

Dennis Smith, PG, NC State: Smith has the rare combination of both incredible athleticism for his position and a great feel for the game. He’s a blur with the ball who can sky above the rim, but he’s also got an advanced ability to play in pick-and-roll and create for others.

How NC State didn’t make the preseason top-25 poll astounds me. Alongside a talented veteran frontcourt of Abdul Malik-Abu and BeeJay Anya, they have sharpshooter Maverick Rowan on the wing and highly touted freshman big man Omer Yurtseven out of Turkey. With Smith running the show, the team is going to be a lot of fun, and could be a lot better than most are expecting.

These teams already return some of the better players in college basketball, but adding some of the top freshmen in the nation is sure to play a crucial role in these teams' quest for a banner. 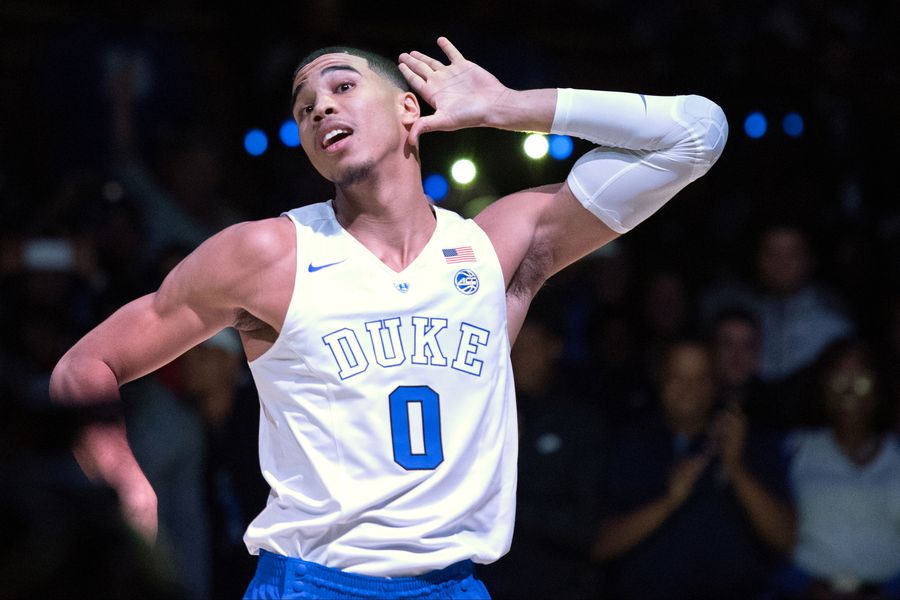 The Duke Guys (SF Jayson Tatum, C Harry Giles, C Marques Bolden, PG Frank Jackson): This Duke team is stocked full of talent. Grayson Allen, Amile Jefferson, and Luke Kennard is an incredible trio of players to return, and they add to it the No. 1 freshman class in the country. Tatum is a smooth and big wing who can play the three or the four but has the handle and footwork to be a killer in the midrange. Giles has an elite combination of quickness and burst for a big guy that make him an exceptional talent, but is returning from two ACL surgeries and a recent operation on his knee that could sideline him until the start of conference play.

In Giles' place at the five will be the massive Marques Bolden, who has a huge frame but surprisingly soft touch around the rim. Jackson might start the season coming off the bench, but as he improves his ability to handle the ball, his combination of outside shooting and athleticism attacking the rim will give Duke even more scoring punch. If they can stay healthy, just how quickly Duke’s freshmen adjust to the college game will determine whether the team ends up earning its preseason No. 1 ranking.

Josh Jackson, SF, Kansas: Jackson is the perfect type of player to add on to an already gifted Kansas squad. He’s a quick and rangy athlete, who will dominate the defensive end at the college level, matching up with whoever Bill Self needs him to on any given night. His jump shot is still a work in progress, but he’s got a surprisingly advanced feel for the game as a passer and uses his athleticism to get in the lane and make plays around the rim. Self typically doesn’t let his freshman wings play with the ball as much as fans want (hello Andrew Wiggins), but Jackson is the ideal player to make his presence felt without the ball in his hands.

The House of Highlights

These teams will be must-see TV all year. They are competitive and relevant squads that have some of the more fun and exciting freshmen out there. 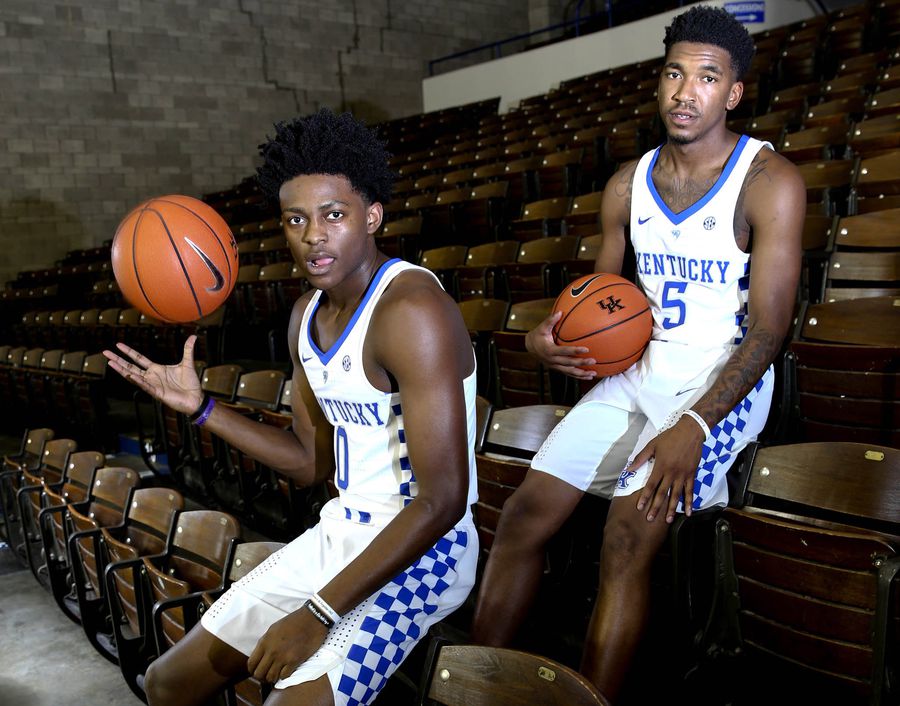 The Kentucky Guys (PG De’Aaron Fox, SG Malik Monk, PF/C Bam Adebayo): Kentucky has its typical team chock full of one-and-done talent, but I’m not sure they have ever had so many guys who are absolute mixtape stars. Fox is a lightning quick lefty point guard who given space can load up and fly above the rim like few guys his size. Monk is a pure scorer who loves to pull-up from anywhere, but what he did at Kentucky’s recent intrasquad scrimmage is really all you need to see.

Adebayo is appropriately named "Bam" as he is in the Amare Stoudemire mold of big men who just relentlessly attack the rim. What makes these guys special is that they are not just high flyers, but really big-time players. Kentucky is going to be a force to be reckoned with, and Vine should consider coming out of retirement for what this team will produce.

Miles Bridges, SF/PF, Michigan State: Michigan State is traditionally known for its rebounding and defensive execution, not exactly the most fun style of play. Despite being only 6’6, Bridges has the extremely powerful frame and the instincts to play classic Tom Izzo basketball, but he also has a flair for finishing around the basket that should cause some channel switching. Izzo finds a way to bring out the best in every player, and it’s scary to think what he will do with someone who has the capabilities of Bridges.

Lonzo Ball, PG, UCLA: The tale of Ball's Chino Hills high school team is already the stuff of legend. They flung 90-foot outlet passes around the court while routinely shooting from 5-plus feet behind the three-point line, and the catalyst behind it all was Ball. How his game translates to the halfcourt setting of the college game remains to be seen, but his sixth-sense-like passing ability and simply fearless style of play is bound to make for entertaining basketball. It doesn't hurt that he joins a group with ample solid veteran talent who should be more than ready to receive his ridiculous lobs and outlets.

These guys aren’t quite as hyped as the best freshmen, but they are all talented enough to take already good supporting casts to the next level depending on their play. 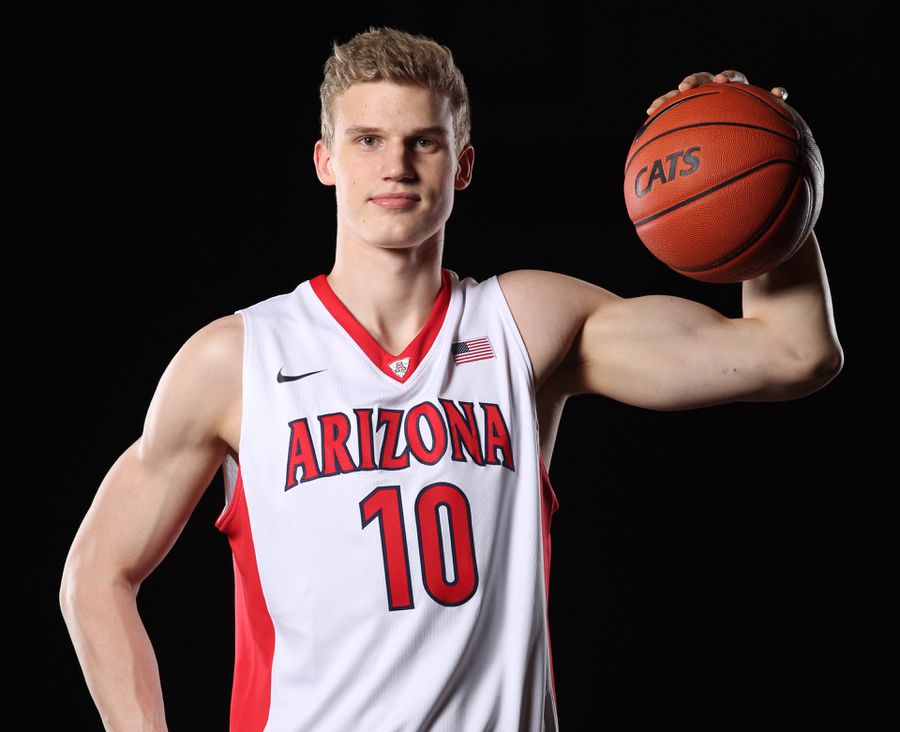 (via University of Arizona)

Lauri Markkanen, PF/C, Arizona: It is not often that the best European youth come over to the states for college ball, but the Finn is just that. He is a classic European big in the sense that he is a 7-footer who can really shoot the ball, but his mobility and aptitude for putting the ball on the deck and attacking the basket is rare for a stretch big. Sean Miller’s Arizona teams almost always play championship level defense, and Markkanen could be the type of offensive force that opens up the game for his whole team and makes them a title contender.

Jonathan Isaac, SF/PF, Florida State: If you didn’t get your fill of Brandon Ingram last year, there’s another tantalizingly long and skinny sweet shooting wing in Isaac this year. Isaac is even rawer than Ingram was, but guys with his length and athleticism who can shoot the ball tend to have a way of figuring things out. Next to Florida State’s traditionally huge frontline and a great backcourt of Xavier Rathan-Mayes and Dwayne Bacon, Isaac will provide the wing versatility for them to potentially be a top-25 team.

It does not take too much searching to realize that this year’s freshmen class will not only produce fun NBA players for years to come, but also make for one of the more exciting college basketball seasons in recent memory. Incredible talents are spread across all types of different team situations, and I personally cannot wait to start watching.

PreviousVillanova's mission to repeat Next#25 Texas