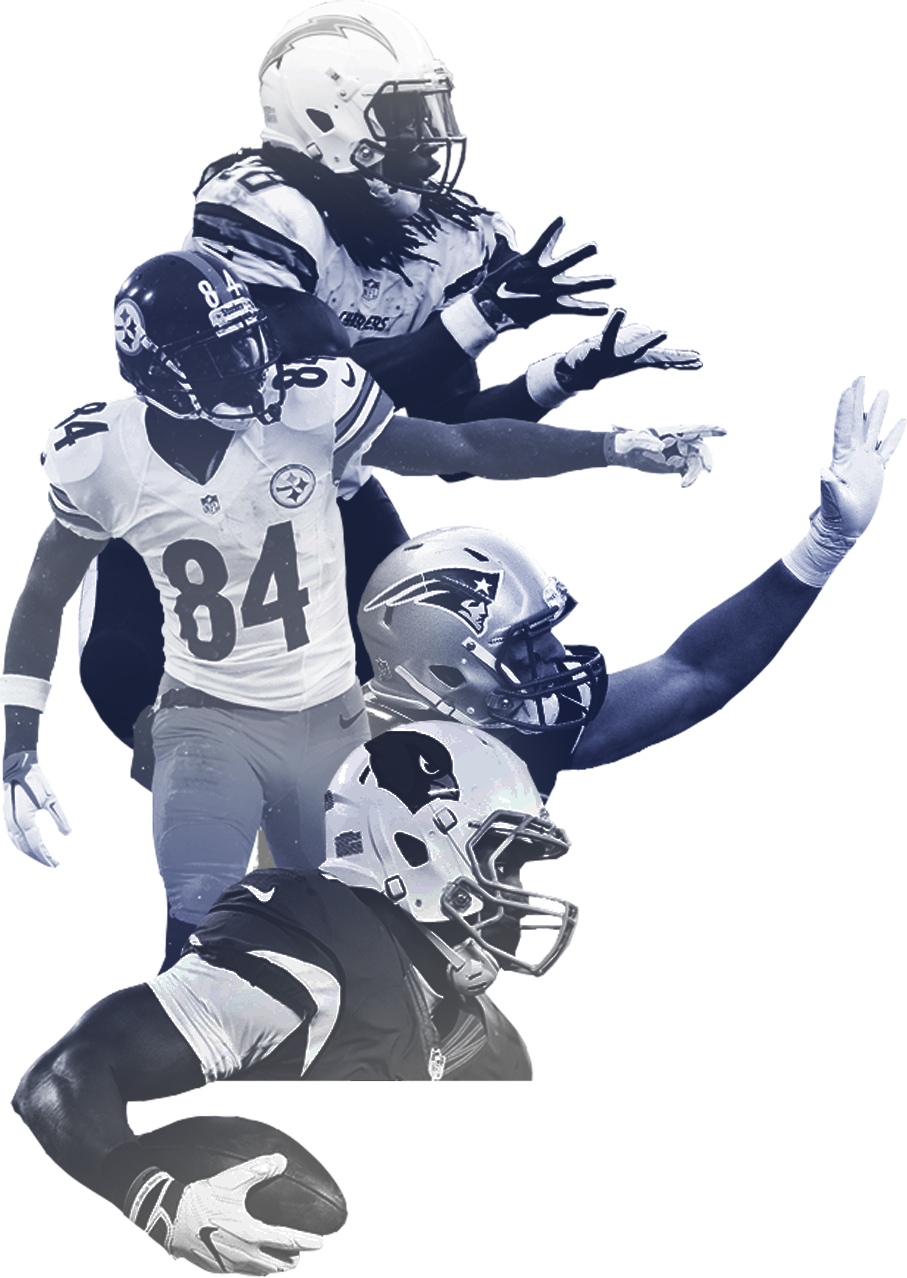 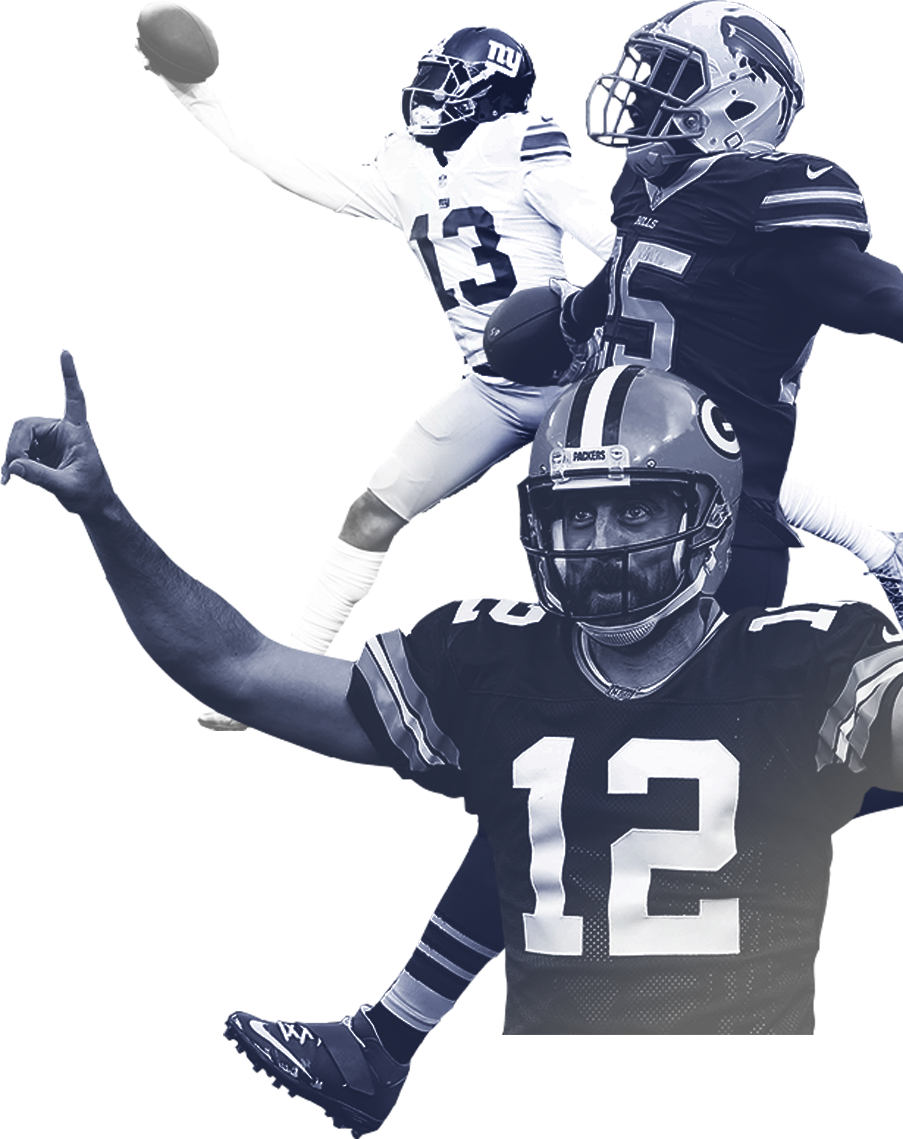 Who's going to win the MVP? Who's going to regret not signing Colin Kaepernick when they had the chance? These are our predictions, which are absolutely, 100 percent accurate (give or take 99 percent).

Harry: Aaron Rodgers. He’s got a healthy Jordy Nelson, new weapon in Martellus Bennett, and Ty Montgomery full time at running back. He finished last season hotter than any player around, and he’ll take it into 2017.

Jeanna: Tom Brady. It pains me to say it, but if he hadn’t been suspended for the first four games of the 2016 season, he probably would have taken the honor instead of Matt Ryan. He’s got even more receiving talent to work with this season.

Adam: Dak Prescott. The Cowboys have all the pieces to be a juggernaut on offense again, but they’ll likely have to do without Ezekiel Elliott for a significant chunk of the season. If Prescott can be even better in his second season than he was as a rookie, and keep Dallas on track without Elliott, he could get the honor.

Most improved player of the year

Harry: Austin Hooper. The Falcons have been trying to find a great tight end since Tony Gonzalez retired. Hooper has shown he could possibly be that guy.

Jeanna: Grady Jarrett. He showed flashes last season, culminating in his three-sack performance in the Falcons’ Super Bowl loss. He’ll build on that this season.

Adam: Jared Goff. Expectations are low for Goff after his poor rookie season, but he was a No. 1 pick for a reason and his slow transition to the NFL was to be expected for an Air Raid quarterback. Now he has new tools to work with like Sammy Watkins and Gerald Everett in 2017.

Hoss of the Year

Harry: Von Miller. The Broncos are going to need everything they can get out of him to contend this season, and he’s going to bring it.

Jeanna: Khalil Mack. He’s been consistently dominant since he came into the league, and this year should be no different.

Adam: Joey Bosa. We saw how special Bosa can be when he posted double-digit sacks in only 12 games as a rookie. If he stays healthy in his second season, he’s going to be a problem.

Most disrespectful blocker of the year

Harry: Tyron Smith, he’s the best piece on a Dallas Cowboys offensive line that is one of the best we’ve ever seen. He’s going to destroy somebody.

Jeanna: Falcons right tackle Ryan Schraeder. He got a contract extension this offseason, and he plays nasty. He’s going to earn every penny this season.

Adam: Trent Williams. He was a Pro Bowler in each of the last five seasons, but spent his offseason adjusting to a vegan lifestyle. He’s determined to prove offensive linemen don’t need to eat meat to be good and if he’s right, he’ll be on a mission to prove he’s still as nasty as ever.

Rookie who will make the biggest impact

Harry: Dalvin Cook. The Vikings are going to need the running game to be strong this season, and the offensive line should be fine, injuries pending. Cook can ball.

Jeanna: Myles Garrett. He should be the spark the Browns defense needs. If he lives up to his first overall pick billing, he’ll be a star right away.

First coach to be fired

Harry: Todd Bowles. They are set up to fail, the NFL is impatient, it’s New York. It’s gotta be Bowles.

Jeanna: Todd Bowles. The Jets are in full-blown rebuild mode, and there’s very little reason to be optimistic that they can be competitive this year. Bowles’ seat is so hot that it’s very nearly on fire.

Adam: Chuck Pagano. The Colts reportedly pursued Jon Gruden in January, so even though Pagano got an extension after the 2015 season, he doesn’t seem that safe. Indianapolis might be really bad this year and it could be a short leash for Pagano.

The Dak Prescott award for rookie who came out of nowhere

Harry: Samaje Perine. Washington’s going to be relying on Robert Kelley in the backfield, but Perine could certainly emerge. He broke the Oklahoma career rushing record in three seasons -- he can run the rock.

Jeanna: Chris Godwin. He’s fourth on the depth chart, but Dirk Koetter said he played like a No. 1 wideout in the Bucs’ Week 3 preseason matchup with the Browns.

Adam: Chris Carson. The Seahawks signed Eddie Lacy in the offseason and are hoping Thomas Rawls bounces back in year three. But seventh-round pick Carson has been the one stealing the show in preseason.

Team that will most regret not signing Colin Kaepernick

Harry: Jacksonville Jaguars. They have plenty of talent around the offense in a weak division, and are going to leave it in the hands of Blake Bortles and Chad Henne.

Jeanna: Jacksonville Jaguars. Blake Bortles is not a viable starter, and Chad Henne’s not any better. It’s wild that the Jags haven’t already taken this leap.

Adam: Jacksonville Jaguars. Stop being stupid, Jaguars. It’s been like a decade of stupid.

Harry: Philadelphia Eagles. The NFC East is weird, and right now it seems like the Cowboys, Giants, and Washington are all set up better at the moment. So I’ll take Philly.

Jeanna: Cleveland Browns. Why not? 2017 has been such a weird year already. Plus, if this does happen, I want to be the only person to call it.

Adam: Detroit Lions. It was a playoff team last year, but that was thanks to eight fourth quarterback comebacks. That’s why they’re considered a long shot in 2017, but the Lions added pieces and are probably better now than last year.

Harry: Oakland Raiders. I think the Raiders will still be good and likely win their division, but they only outscored their opponents by 31 points last season. That’s hard to do and win 12 games.

Jeanna: Dallas Cowboys. The Ezekiel Elliott suspension could play a big role here. If Dak Prescott even takes a small step back this season, things could go very differently for Dallas than they did in 2016.

Adam: Atlanta Falcons. Super Bowl losers are notorious for falling back to Earth. If Matt Ryan’s play reverts to the mean and the defense doesn’t take a step forward, things could be disappointing for Atlanta this year.

Jeanna: Drew Brees. Don’t get me wrong, Brees is a great quarterback. But padding his stats hasn’t translated to getting his team above .500 for the past three seasons.

Adam: Derrick Henry. He was a touchdown hawk at Alabama and may be the same for the Titans this year. It’d make him a fantasy star if he posts, say, 16 or so touchdowns. But his actual impact will be whether he can move the chains.

Who will stop the Patriots?

Harry: The easy answer seems to be the Falcons here but it’s hard to trust them, so I’m going to go with the Steelers. If they can stay healthy, that’s a strong team and explosive offense.

Adam: A decline in Tom Brady’s play. It has to happen eventually, right?

Which player will be the first to get fined for celebrating?

Harry: DeSean Jackson. He’s had some good celebrations in the past (even before he gets to the end zone) and I can see him being the guy to see just how far he can stretch the rules.

Jeanna: Josh Norman. He’s been upset in the past about getting flagged for his bow-and-arrow celebration. Even though the league relaxed its rules for this season, that one’s still not going to fly.

Adam: Josh Norman. He kinda just does what he wants. His bow and arrow celebration is still illegal, but that probably won’t stop him.

Harry: Marquette King, he’s going to bring entertainment both on and off the field. Doesn’t get more valuable than that.

Jeanna: Marquette King. He’s a great punter with a wonderful personality. I can’t wait to see what he does this year.

Adam: Johnny Hekker. He’s had to punt about a bajillion times the last few years because the Rams offense was terrible. His numbers have been excellent too and there aren’t any signs of slowing.