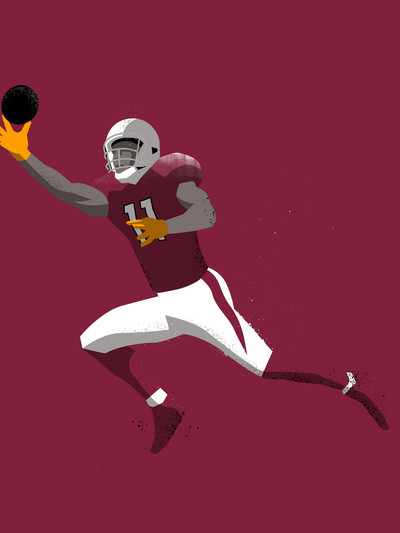 This is an easy one: Larry Fitzgerald. No player embodies the franchise and the organization more than Fitzgerald. He’s entering his 16th season with the team and has been through everything the Cardinals have had to offer. The one constant through all the quarterbacks, all the coaches, and all the philosophies has been Fitzgerald. Like the fanbase, Fitzgerald deserves some stability and something good for the final portion of his career.

There are two for the Cardinals and they are both rookies. One is a lock to make the roster (Andy Isabella), and one is not (Michael Dogbe). Isabella is fast. Incredibly fast. He even joked about the fact that he would have beat Kyler Murray if they had finished their race. Dogbe is a weight room god: 500 pounds on the bench and nearly 700-pound squats. We’ll see if it shows up on the field for him, but in terms of workouts, you can’t find two better.

The offensive line. The Cardinals have revamped so much of the roster under Kliff Kingsbury, but the biggest concern is if the offensive line can stay healthy. Then, if the OL is healthy, can the unit be more than merely competent? The Cardinals have some talent at the skill positions and a new quarterback, but if they are as bad along the line as they were in 2018, it may not matter.

Revenge of the Birds prediction: 7-9 The Heart | by Seth Cox

I am floating between six wins and eight wins, so I figure going right in the middle is safe. Can their defense do enough? Can their offense get it together soon enough to be great? I think seven wins this season is a step in the right direction and something for fans to be excited about.

With a rookie quarterback and coach, this is one game too high for me. I’m not sold on Kliff Kingsbury and his offense. I think Kyler Murray does start fast, but this offense gets figured out quickly, especially with that poor offensive line. The defense will be better than we might think, thanks to good to great players and Vance Joseph as the defensive coordinator.

For more on the Cardinals, check out Revenge of the Birds