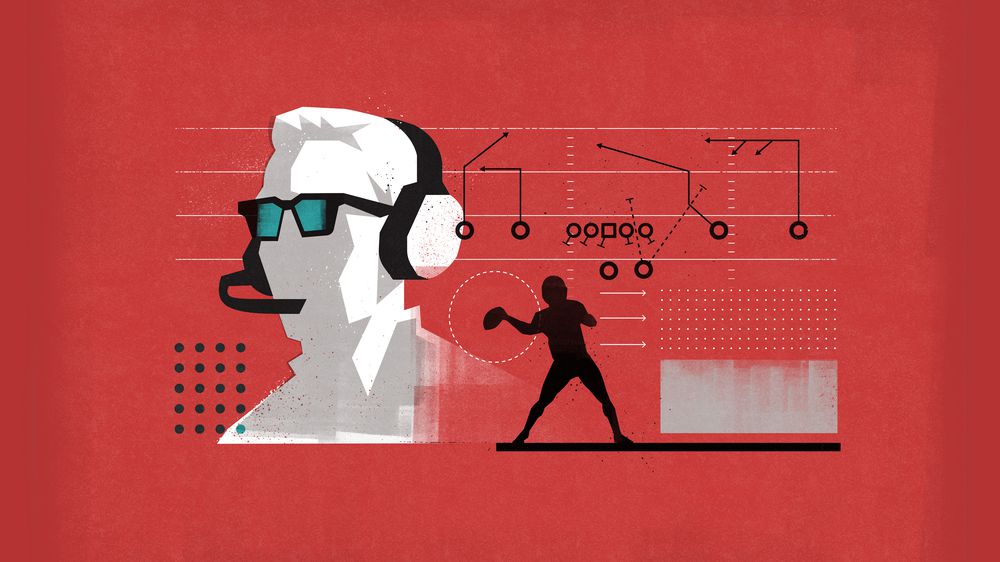 When the Arizona Cardinals hired Kliff Kingsbury as their new head coach, they dove headfirst into an experiment that could change the future of the NFL. At first glance, the Kingsbury hire doesn’t look too promising. Kingsbury went 35-40 in six years as the head coach at Texas Tech, with a 1-2 record in bowl games and four losing seasons.

Those facts might be concerning, but it misses the larger point of why Kingsbury was a risk worth taking. He was hired to fix a lifeless NFL passing game that finished dead last in just about every single statistic — and that’s something he can do at a high level.

In the NFL, Kingsbury will be implementing his modified version of the pass-happy air raid offense, a system that’s been passed down and tinkered with since Hal Mumme brought it to prominence in the 1980s and 1990s.

This will be a rare opportunity for a coach with air raid lineage to run a variation of it at the pro level. To get a better idea of the challenges and benefits of bringing the air raid to the NFL, SB Nation caught up with Mumme and SMU head coach Sonny Dykes — a fellow air raid disciple — to figure out what Kingsbury might be getting himself into.

Mumme, who is currently the offensive coordinator of the new XFL team in Dallas, is one of the original creators of the air raid offense. Mumme and Mike Leach, now the head coach at Washington State, implemented the system while they were together at Iowa Wesleyan from 1989-91. When they moved on to Valdosta State together in 1992, the offense really started to take off.

Before 1992, Valdosta State had never made the Division II playoffs. In five seasons at Valdosta State, Mumme and Leach led the Blazers to a 40-17-1 record and two playoff berths. Their ability to quickly turn around the program was due to a lethal passing game that put up unbelievable numbers — especially for Division II. In 1994, Chris Hatcher, their starting quarterback, threw for a whopping 55 touchdowns and won the Harlon Hill Trophy, which goes to the best player in Division II.

For Mumme, the toughest battle he faced when he first started building the air raid was getting the players to buy in — particularly the offensive linemen.

“I think the hardest part about it is probably the offensive linemen. You’re going to have the same amount of offensive linemen whether you’re coaching the NAIA or the NFL,” Mumme said. “For Kliff, the challenge will be getting the older players to buy into this. If they buy into it, then it’s really doable.”

Arizona has a veteran offensive line with four starters who have accrued at least four years in the NFL. According to Football Outsiders, the Cardinals ranked 18th in seconds in between plays last year. There’s a chance they see an uptick in that category under Kingsbury this year.

The biggest question coming into the season is what the Cardinals’ offense will look like.

The air raid is generally thought of as a 10-personnel offense, which means one running back and four wide receivers on the field. However, Mumme stressed that’s not the way people should be thinking about the offense. In fact, Mumme and Leach use a healthy dose of 20 personnel — two running backs — as a part of their offense.

“The four-wide is kind of a misnomer about our offense,” Mumme explained. “Everybody talks about air raid, and they talk about spread, and they kind of confuse the two. If you look at it, a lot of what we do is two-back offense. Even at Washington State if you talk to Coach (Mike) Leach, a lot of their best stuff comes from two-back offense.”

While formations with four wide receivers are a big part of the air raid, the offense still needs to be able to protect against blitzes from the defense.

“It’s important to run [two-back] because you can pick up a seven-man blitz,” Mumme said. “If they’re going to send seven, you can block seven and then your guys have one-on-one situations on the outside — that’s as easy of a throw as you can get.”

Making life easier on the quarterback is the core principle of the air raid. In its truest form, the air raid only uses a handful of passing plays. “Pretty much what we do is five passing plays,” Mumme said. “Four verticals and then mesh. And then Y-cross and Y-sail and the quick game versions of either corner or stick.”

Here’s a brief look at a few of the plays Mumme was talking about:

Y-cross — The “Y” receiver is running a deep crossing route across the field.

Sail — Three-level passing concept that features a deep route, intermediate route, and short route on the same side of the field.

Of course, an NFL offense can’t just run a few different passing plays, but it is worth noting that Mumme and Leach had help from legendary San Francisco 49ers coach Bill Walsh as they were constructing the offense that would light up college football.

One thing that Walsh nailed into the minds of Mumme and Leach is the idea of scripting plays before the game: knowing exactly what to call at the start of the game and in different situations.

“I try to script 42 plays for the whole game,” Mumme noted. “For the openers, it’s usually between 10 and 20. You script the whole field. You obviously don’t want to be on their five-yard line and call a deep out. You script plays for where you are on the field and then situations.”

According to SMU head coach Sonny Dykes, planning for games and getting the ball into the hands of the right players is something that Kingsbury already excels at.

There’s a specific point Dykes repeats regarding Kingsbury’s transition to the NFL: His offense is not a true air raid.

“What happens in the traditional air raid is, it’s really kind of a rep-based offense. You go back, and you look at the Hal Mumme air raid or the Mike Leach air raid — you know there’s not a lot of plays and there’s a real emphasis on fundamentals,” Dykes said. “There’s a real emphasis of everybody being on the same page. The only way you get to that point is by doing everything over and over and over again. It’s really an execution-based offense.”

Dykes learned about the air raid while he was a graduate assistant at the University of Kentucky, coaching with Mumme and Leach. Dykes then followed Leach to Texas Tech before branching off into different opportunities, including calling plays for Jared Goff at the University of California, Berkeley before Goff was the first pick in the 2016 NFL Draft.

Dykes noted that Kingsbury’s offense was a blend between what’s called on Sundays in the NFL, a few air raid principles, and the pace of a college team. Kingsbury may not use as many tight ends as most NFL teams, but on the surface level, his offense won’t look radically different from the rest of the league.

When projecting Kingsbury’s offense to the NFL, oversimplification shouldn’t be the first thing that comes to mind. Instead, think about how the Kansas City Chiefs approached their offense with Patrick Mahomes and a host of playmakers — though the Cardinals obviously won’t be as effective this year as the Chiefs, who led the league in scoring and adjusted net yards per attempt in 2018.

“I think Kliff will do a good job of utilizing his personnel and figuring out who are the best guys and how to put them in situations to be successful.”

Now he’ll have an opportunity to showcase that creative ability with a unique weapon at quarterback in Kyler Murray. There’s already evidence that Kingsbury can adapt his offense to his available talent — he even did it with Mahomes in college.

Look at the different offenses Texas Tech put on the field under Kingsbury. The Red Raiders featured tight-end focused passing attacks with Jace Amaro racking up 1,352 receiving yards in 2013. In 2014 and 2015, they leaned on their ground game with Deandre Washington, who rushed for 2,595 yards and 16 touchdowns over his final two seasons. In 2016, it was the Patrick Mahomes show. Mahomes threw for 5,052 yards, 41 touchdowns, and 10 interceptions. Four wide receivers had at least 600 yards.

Utilizing personnel is going to be a bit trickier in the NFL than in college due to roster sizes, but Kingsbury has a strong track record.

“The thing about the NFL is now you’re dealing with the best athletes in the world. A guy like Larry Fitzgerald is going to be a lot different than the guy that’s backing up Larry Fitzgerald,” Dykes said.

In college football, there isn’t always a huge difference between a starter and a backup at a certain position — that is definitely not the case in the NFL.

Kingsbury very well might be the man to turn around the Cardinals’ disastrous offense, but it’s not likely to be an instant success. Arizona is breaking in a rookie quarterback, three rookie receivers, and rebuilding its offensive line.

Sonny Dykes summed it all up perfectly: “When you’re a coach and you go to a new program, whether it be college or NFL, [the hard part] is figuring out our strengths, our weaknesses, where we have to get better, how we beat the teams in our division or conference. It takes time to figure all that stuff out.”

The comeback of the dark visor?
The running back's burden
The heart of your team
How I chose my jersey number
Kicking is a science
Home Page