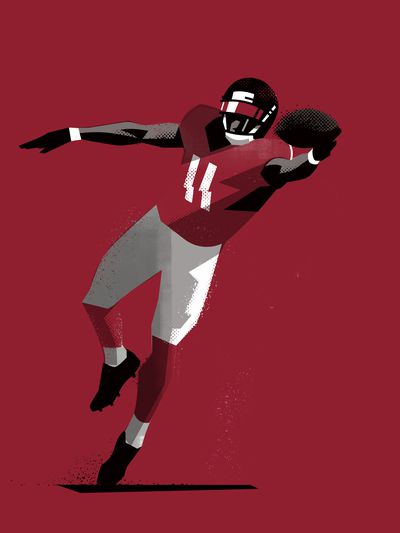 There are a lot of essential dudes on this football team, but it’s hard to argue against Ricardo Allen for this particular honor. He went from being a surprise cut and practice squad cornerback under Mike Smith, to a leader, on-the-field defensive coach, and extremely underrated safety on Dan Quinn’s Falcons teams. There are few players who are as easy to root for, and as a former Day 3 draft pick who not only survived but thrived with a coaching change, he’s had to earn everything with his play and leadership.

Could it be anyone but Ricardo Allen’s fellow safety Keanu Neal? He posted videos of his workouts and rehab work after his devastating injury last year, and honestly, he looked ready to go a week after tearing an ACL. The man is chiseled like a granite statue but moves like a train.

Besides injuries, which are already rearing their ugly head? It’s hard to find a true Achilles’ heel, but I have to think it’s still the offensive line. Early in the year, the Falcons could be leaning on Ty Sambrailo heavily at right tackle with Kaleb McGary recovering from a minor heart procedure. Their left guard situation is a battle between two veterans who have rarely played at a high level. Alex Mack is great but getting older at center. Chris Lindstrom is an extremely promising rookie … but still a rookie.

The Falcoholic prediction: 11-5 The Heart | by Dave Choate

11-5. Why? The Falcons are absolutely loaded up with talent by any objective measure, and they’ve taken pains to address the issues that doomed them last year, including upgrading the offensive line, adding defensive depth across the board, and shoring up a weak defensive line with quality players. They’ve still got the same old explosive offense and have enough playmakers on defense to be at least solid, and I think that’ll combine to turn them into a legitimate contender.

I think this number is about right, and maybe just a tad too low. Matt Ryan had a stellar season in 2018, and there’s no reason to think it won’t continue. The defense is healthy and talented. Plus, the Falcons don’t play outside until the middle of November! I like them to have a great season.

For more on the Falcons, check out The Falcoholic