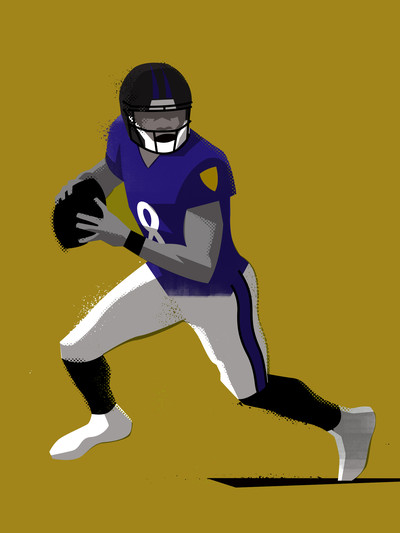 The defense, as a unit, is the heart and soul of this team. The Ravens have always represented the team and their city through hardworking defense and blue-collar football. Baltimore does not play with a single leader. There are many. From Tony Jefferson and Matt Judon to new addition Earl Thomas III and returning linebacker Pernell McPhee, this is a cohesive defense which represents the heart and soul of Baltimore football.

This must be Lamar Jackson. He’s a mutant. The speed and acceleration he provides in this offense gives teams fits. He is capable of breaking off a 40-yard run on any given play. In that same regard, he can also fake the run, pull the linebackers in as they attempt to eliminate the angles, and then step back and float one over their heads as he completes a first-down pass to his tight ends or wide receivers.

The offensive line looks thin. Baltimore doesn’t necessarily have a good backup left or right tackle, while the left guard position is still a competition between two veterans and rookie fourth-round pick Ben Powers. If starting left tackle Ronnie Stanley were to go down, the Ravens will struggle.

The Ravens will contend for a playoff bid, be it through the division or a wild card spot. Health is a key factor, which we all forget about until each respective franchise loses a few contributors to season-ending injuries. That being said, the Ravens’ schedule is incredibly difficult, and I could see them struggling and finishing at .500.

I think the Ravens win fewer than eight games even. We’ve seen what’s worked at quarterback in the NFL. It’s sitting in the pocket and completing a high percentage of passes. I haven’t seen that from Lamar Jackson yet. Until I do, I’m selling the Ravens. They also lost four defensive starters, and though they added Earl Thomas, eventually a talent dump like that takes its toll.

For more on the Ravens, check out Baltimore Beatdown