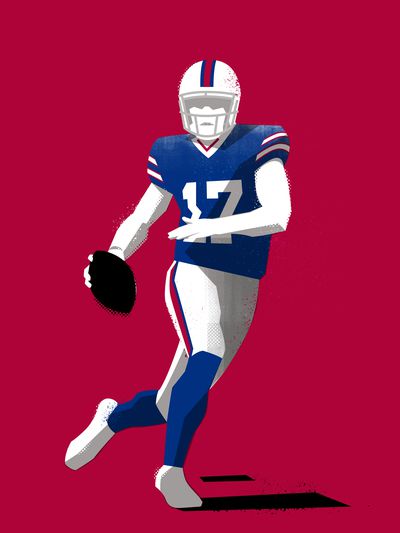 Kyle Williams would have been the easy answer a year ago, but his retirement makes the question more open-ended. I’m going with the pair of first-rounders from 2018: Josh Allen and Tremaine Edmunds. Both have worked on their leadership skills over the past year and Allen has spent hours working as “The Face of the Franchise.” That includes local commercials, signing autographs well after practice ends at training camp, and frequently speaking with the media.

Linebacker Lorenzo Alexander won the team’s offseason workout trophy. When you’re 36 and still playing at a high level in the NFL, it’s probably because you’re taking care of yourself. The same can be said for running back Frank Gore, the other 36-year-old on the roster.

Buffalo has a lot of youth on the roster. When general manager Brandon Beane and head coach Sean McDermott came on board, they committed to completely turning over the roster. There are very few players on the roster who were signed or drafted by the previous regime. That core is going to experience some growing pains and is one of the reasons the Bills spent big this offseason to bring in seasoned vets.

This team is poised to turn the corner. The Bills addressed their biggest problems with a revamped offensive line, new receivers, and an improved pass rush. I’m not sure they are ready to take the step all the way into a playoff victory, but they’ll be on the cusp. With only one game against a 2018 playoff team in the first seven weeks and two in the first 12 weeks, a fast start would really benefit this young team.

I think this number is one too high. Their record comes down to the development of Josh Allen. He looked better in the preseason and if he continues to play like that in the regular season, the Bills could win nine games. However, I’m not taking that bet quite yet. The Bills improved at OL and added offensive weapons, which should help Allen.

For more on the Bills, check out Buffalo Rumblings