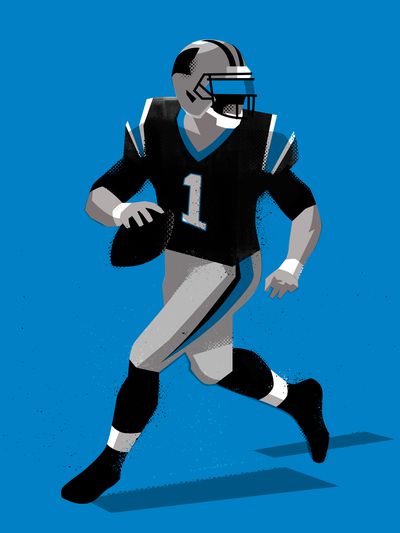 The heart and soul of the Panthers used to be Thomas Davis, but that was before he left via free agency after 14 seasons with the team. Now the torch has been passed to Luke Kuechly, the superstar middle linebacker who exemplifies what it means to be a Carolina Panther, both on and off the field. He’s a dominating, relentless force on the field and a caring, giving, and humble beacon of light off it.

As much as I want to answer this question with Kyle Love, who has one of the all-time great bellies in the league, the Panthers’ workout hero is running back Christian McCaffrey. The dude looks like he was chiseled from a block of marble, and no I’m totally not jealous at all. Nope, not even a little bit.

The Panthers are extremely thin at safety, even after signing free agent Tre Boston to a one-year contract. They have their two starters — Boston and Eric Reid — but the depth behind them is quite scary, as it will feature a lot of unproven guys. If the Panthers’ rebuilt front seven is unable to get pressure on opposing quarterbacks, their lack of quality safety depth could be exposed this season.

A 10-6 record looks right to me. The Panthers are my second favorite darkhorse team outside of the Falcons. They were 6-2 last season before Newton got hurt and everything went to hell. If he’s healthy, they’re in good shape. Ron Rivera has taken over the defense, and the additions of Gerald McCoy and Brian Burns will take the pass rush to a new level.

For more on the Panthers, check out Cat Scratch Reader