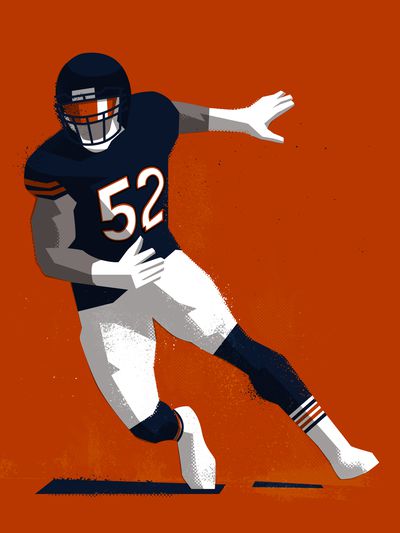 With the way the entire team has rallied around quarterback Mitchell Trubisky, It has to be the third-year signal caller. He’s accepted the responsibilities that go along with being the face of the franchise, and he’s been out front as a leader saying all the right things. More importantly, he has his team’s respect due to his incredible work ethic.

Pound for pound, Khalil Mack is probably the best athlete on the team and one of the hardest workers, too. He has speed off the edge, great change of direction on his pass rush, he can win with power, and he has a relentless motor.

The same position that has plagued this franchise since cutting Robbie Gould before the 2016 season: place kicker. The two youngsters they had in camp, Elliott Fry and Eddy Pineiro, both kicked decently, but the Bears went with the bigger leg of Pineiro for now. Their options are still open, so we’ll see what happens in Week 1.

A lot is being made about the tough schedule the Bears have in 2019, but did you realize they face teams with a .520 winning percentage this year? That’s the exact same strength of schedule they played in 2018. I’ve got the Bears going 13-3, one win better than a year ago.

I’d say this is too high. The defense, while still having elite talent, lost defensive coordinator Vic Fangio. That matters. I wouldn’t expect them to force as many turnovers this season, as those tend to fluctuate year to year. Reports of the offense scaling back to help Mitchell Trubisky isn’t good news, either.

For more on the Bears, check out Windy City Gridiron