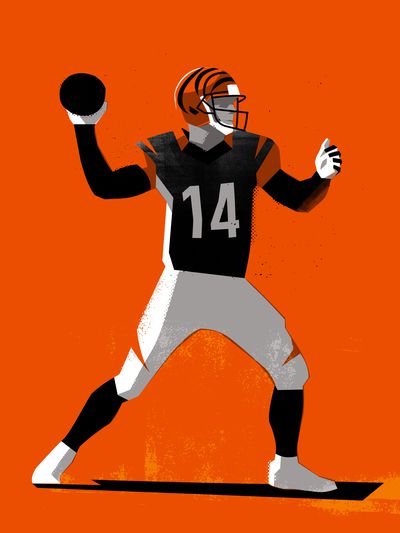 Carlos Dunlap doesn’t get much attention nationally, but he’s quietly made a major impact for the Bengals while being one of the team’s most vocal leaders. He’s also the iron man of this team, as he’s played in every game since the 2013 season. He may not be the team’s best player, but Dunlap is the heart and soul of the Bengals.

Carl Lawson was a rising star before he tore his ACL last season. This is normally an injury that takes players over a year to fully come back from, but Lawson worked tirelessly this offseason to be ready for the start of training camp just nine months later. Then he looked as though he never suffered the injury. He was a terror off the edge during camp and looks primed to have a nice bounceback season. His road to recovery has been one of the best storylines thus far for the 2019 Bengals.

The offensive line has been a glaring weakness for the last three years, and it’s hard to see things getting better after losing projected starters Jonah Williams (shoulder surgery) and Clint Boling (retirement). If Billy Price can emerge in his second year and if Cordy Glenn stays healthy at left tackle, this unit could make a big jump in 2019. If not, this could be one of the NFL’s worst offensive lines.

The Bengals may be in a major transition phase with new coach Zac Taylor, but they have enough firepower to go toe-to-toe with most of the teams on their schedule. Glaring deficiencies on the offensive line and at linebacker will cost them some toss-up games and prevent them from reaching .500, though. A.J. Green’s injury could also be a huge blow if he misses a lot of time.

I can’t even pick the new coach out of a lineup. I have no clue if he’s going to be successful or not. A.J. Green being hurt will mess with quarterback Andy Dalton, while offensive line injuries will get him crushed. The defense has talent and could be good, but the offense will probably lag behind. Plus, this is a difficult division.

For more on the Bengals, check out Cincy Jungle