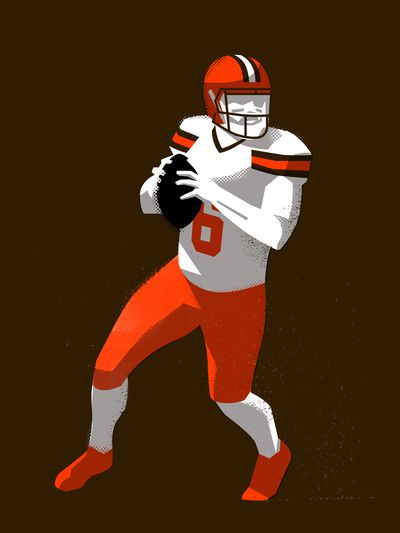 The heart and soul of the Browns is no doubt quarterback Baker Mayfield. He was the driving factor behind the team’s turnaround last season, erasing recent memories of 0-16 and 1-15 seasons to the point where Cleveland is now a Super Bowl contender. His red zone efficiency as a rookie was incredible, and he has that “it” factor that inspires the offense, defense, coaching staff, and crowd all at the same time.

For a while, defensive tackle Larry Ogunjobi was the Browns’ workout hero thanks to the incredible amount of strength he showed. This offseason, though, defensive end Myles Garrett took over that role, posting a video clip of him doing a 675-pound squat and box jumps with 50-pound dumbbells. Garrett registered 13.5 sacks in 2018, and has slimmed down to look even faster and stronger this offseason.

The Browns’ Achilles’ heel right now is their kicking situation, where returning kicker Greg Joseph and rookie Austin Seibert are battling it out for the job. For a team that has such high potential on offense and defense, fans are already feeling squeamish about having an unproven kicker and what might happen if they need a big field goal. What if we assembled this high-powered of a team, only to be victimized by poor special teams?

Dawgs By Nature prediction: 11-5 The Heart | by Christopher Pokorny

Cleveland will go 11-5 this season, enough to capture the AFC North. The ceiling could be higher for the Browns, but I think the fanbase will have to get used to the fact that having some tough losses throughout the season isn’t a sign to panic. Winning 11 games in the NFL is hard, and it would be a great feat to get to the postseason. The Baker Mayfield effect in Cleveland is real. Adding Odell Beckham Jr. only accentuates that.

Let me steer the hype train back on track. I think 11 wins is too high — nine wins sounds about right. Freddie Kitchens has never been a head coach before. The Browns are still young at quarterback and have terrible offensive tackles. They also make the biggest jump in the NFL this season in pass defenses they will play against. While the defense could be special, that might not enough.

For more on the Browns, check out Dawgs By Nature