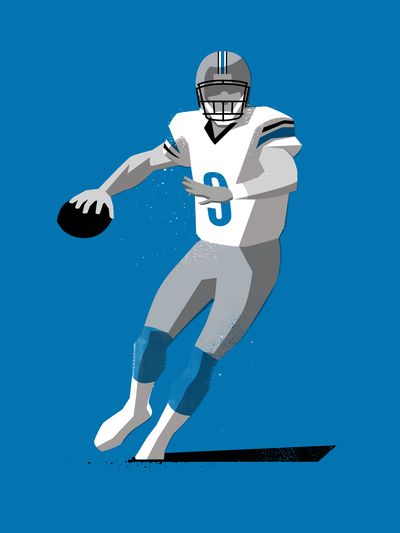 As with most teams, it’s still the franchise quarterback. Though Matthew Stafford is coming off a down year, he continues to show his passion for football and the Detroit Lions every day he shows up in the building. His commitment to the team by attending voluntary workouts when nobody would’ve blamed him if he spent some extra time at home with his wife, who underwent brain surgery this offseason, shows he’s still this team’s leader.

Without question, linebacker Jarrad Davis. The Lions’ 2017 first-round pick is always one of the last players off the practice field, and he’s consistently getting praised by the coaching staff for his outstanding effort. Don’t take it from me; take it from his linebacker coach Al Golden: “He’ll outwork anything that you can put in front of him.”

It’s undoubtedly the offensive line. Though the Lions have put a ton of resources into fixing their front five, the results remain inconclusive. They are just average at the tackle positions, while they’re shaking things up on the interior. 2018 first-round pick Frank Ragnow is moving to center, while the team tries to figure out how to fill a T.J. Lang-sized hole at guard. Kenny Wiggins and Joe Dahl haven’t provided much optimism yet.

Pride of Detroit prediction: 9-7 The Heart | by Jeremy Reisman

This team added a ton of defensive talent this offseason: Trey Flowers, Mike Daniels, Justin Coleman, and rookie Jahlani Tavai, among others. The revamping of Detroit’s tight end corps should help the offense both in the run and pass game. However, it’s a tough division and an even tougher schedule for the Lions. They’re undeniably more talented on paper than their 6-10 squad last year, but questions still linger about Matt Patricia as a head coach.

I don’t have a great feel for the Lions, but I think this number is a tad high, by a game. They could easily be a nine- or 10-win team, though. Their offense is talented and Matthew Stafford has a cannon arm. Their defense added Trey Flowers in free agency to help rush the passer, and I think by default the unit should be better.

For more on the Lions, check out Pride of Detroit