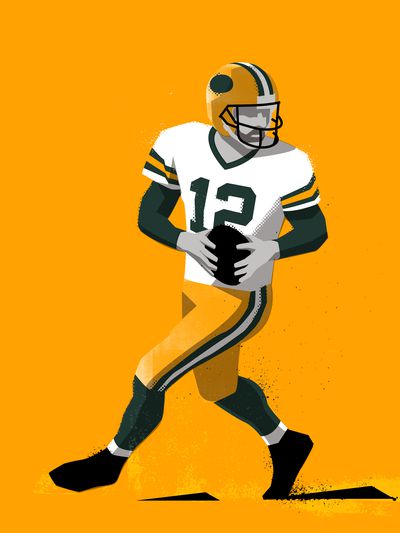 While Aaron Rodgers is the most important player on the team, he’s not a very vocal leader, as has been discussed ad nauseam. For now, let’s go with David Bakhtiari, the best left tackle in football. Bakh spent the offseason endearing himself to Wisconsin sports fans by chugging beer at Milwaukee Bucks games, he has carried himself with a quirky intensity since arriving in 2013, and he’s the one most critical to keeping Rodgers upright.

Fullback Danny Vitale was a midseason pickup in 2018, and he has won over teammates, coaches, and fans with his rocked-up physique and sense of humor. But when it comes to the weight room, Vitale has the team in awe. The 6’0, 239-pound Northwestern product has athletic testing numbers comparable to many 200-pound tailbacks, and in the preseason offensive coordinator Nathaniel Hackett revealed Vitale’s nickname in the locker room: the Muscle Man.

Rather than a single position group, the answer here is inexperience. That goes for everything from the team’s receiving corps behind Davante Adams, to young players thrust into critical roles, to having a first-year head coach in Matt LaFleur. If this team fails to rebound in 2019, odds are that it will be the result of having so many new faces playing important jobs.

9-7. The Packers have a weird schedule this year, with five of their first seven games at home. That might give them a bit of a buffer as Matt LaFleur’s offense begins to jell, but there’s a tough midseason stretch that includes back-to-back road games at the Chiefs and Chargers, and then a gauntlet through the NFC North in the final three weeks. It would be tough to predict that this team wins the division without signs that the offense is clicking.

This number feels about right. Their record comes down to how Aaron Rodgers adapts to Matt LaFleur’s offense and if he buys in. The Packers have greatly improved their defense through the draft and free agency, so I expect a big jump in their play this season.

For more on the Packers, check out Acme Packing Company