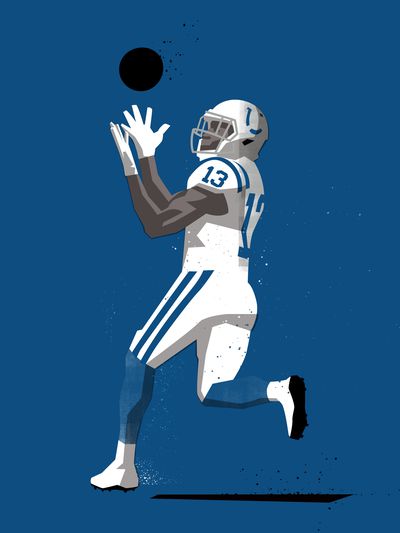 When I think of heart and soul, I think of Eric Ebron on offense and Darius Leonard on defense. Ebron is one of the happiest guys in the locker room or on the field, and has served as one of the primary catalysts for a unit that clearly loves playing together. Leonard has changed the entire attitude of the defense by playing fast, making a big impact, and serving as a vocal leader on the sidelines. Losing either player would truly change the identity of the team.

Long snapper Luke Rhodes. He’s a converted linebacker with reasonable speed who has made a very successful transition to long snapper and carved out a spot on the Colts’ roster. He’s also one of the most yoked players on the team, with arms that are truly ridiculous. Upper-body strength like that is only attained by spending lots of hours in the weight room. Perhaps more impressively, he regularly makes plays on the returner in punt coverage. He snaps, gets free, and gets down the field to make a play.

Until the third preseason game, I would have said an inconsistent pass rush. It has required a lot of scheming to generate pressure through the use of slants and stunts on the defensive line from well-timed and executed blitzes. Now, after Andrew Luck’s unexpected retirement, an uncertain future at quarterback seems like the obvious answer.

It has been years since the Colts got off to a good start in a season. Without Andrew Luck, it won’t be surprising if their streak continues. The last time the team finished the first four games with a winning record was in 2013. I think the Colts will struggle to finish 2-2 over their early stretch. This Colts team is better at most positions on the roster than it was a season ago, but it is decidedly weaker at the most important position.

I understand the sudden retirement of Andrew Luck could derail the season for the Colts. However, I think Frank Reich and staff will be able to compete with Jacoby Brissett guiding the offense. Their OL is elite, and they’ve added playmakers on defense in the draft over the last few years. I think 9-7 is still attainable.

For more on the Colts, check out Stampede Blue