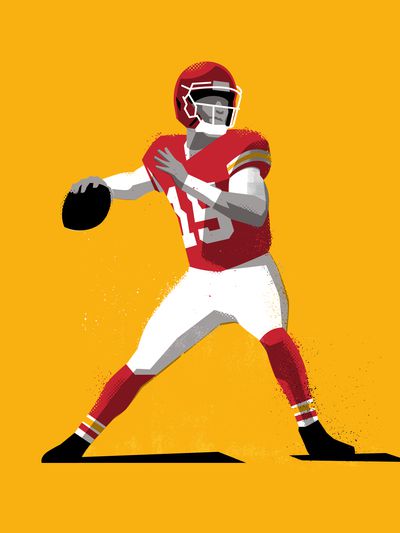 Tyrann Mathieu. The Kansas City Chiefs made the difficult decision to release Eric Berry this offseason, leaving a gaping hole in the leadership department. Enter Mathieu, who in his one year with the Houston Texans was voted a team captain. When Andy Reid was asked about defensive leaders in mid-June, Mathieu’s name came to mind first. His ability to raise those around him up is what sold the Chiefs on outbidding the Texans for his services.

Darwin Thompson. The Chiefs selected the running back with the 214th overall pick in the 2019 NFL Draft, and Chiefs general manager Brett Veach and national scout Trey Koziol both used the same way to describe Thompson: “rocked up.” At 5’8, Thompson says he puts an exorbitant amount of time in the gym to make up for what he lacks in height. There are two Chiefs who could give Thompson a run for his money in the workout department — Tanoh Kpassagnon and Anthony Sherman — but Thompson takes the cake.

Cornerback depth. The Chiefs’ starting outside cornerbacks are penciled in as Bashaud Breeland and Charvarius Ward, with Kendall Fuller as the nickelback. That starting trio is not great, but it’s fine. The big problem is there is not much depth behind them. It is looking like for the first four weeks, the first outside cornerback off the bench will be D’Montre Wade, a second-year player who spent last season on the practice squad; Rashad Fenton, a sixth-round rookie; or Mark Fields, an undrafted free agent who teams passed on because of makeup issues.

The Chiefs’ offense only stands to get better with visible improvement from Patrick Mahomes at training camp and the addition of rookie speedster Mecole Hardman, who is showing out in the preseason. If the defense can get to around 15th in points allowed per game, which is possible under new DC Steve Spagnuolo, there will be no catching up to what will be a historic offense. This isn’t a hot take — it’s a fact-based prediction.

Y’all are trying to get me in trouble … This is too high, but not by a whole lot. I think the Chiefs are going 12-4 or 13-3. I see no reason why the offense would slow down, and the defense has added better pieces to rush the passer and stop the pass.

For more on the Chiefs, check out Arrowhead Pride