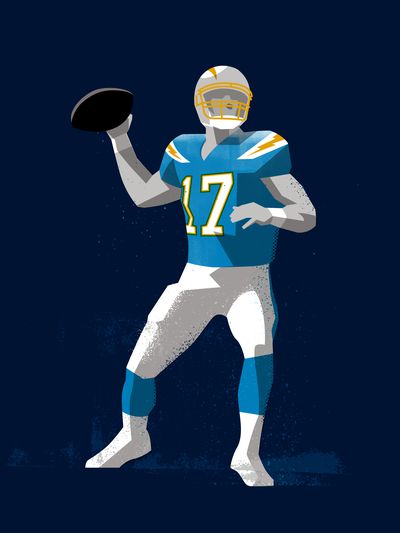 This is without a doubt Philip Rivers. The veteran quarterback has been the most important member of the franchise for well over a decade, both on and off the field. Rivers, a coach’s son, is the driving force behind the Los Angeles Chargers. He has consistently been both a leader of men and the only player the team cannot afford to lose.

Star safety Derwin James. He’s not only one of the smartest, most instinctual players, but he is also a freak athlete when healthy. James demolished the 2018 NFL Scouting Combine. He had a 40-yard dash of 4.47 seconds, and his explosive ability was also on display with his 40-inch vertical leap and 11-foot broad jump. What makes him truly amazing is his ability to translate that athleticism in a way where it’s obvious he’s the most dynamic player on the field.

The Chargers’ offensive line lacks both quality starters and depth. There are, at best, two players on the line that another team would reasonably accept as its starters, and one of them, left tackle Russell Okung, suffered a pulmonary embolism earlier in the summer. The linemen behind the starters are some combination of unproven and, well, untalented.

Bolts from the Blue prediction: 11-5 The Heart | by Richard Wade

This Chargers team is arguably better than last year’s version, even if they’re without running back Melvin Gordon. But the division has gotten stronger, too. That’s why I see them taking a small step backward in the record department, but being a stronger contender in the playoffs.

The Chargers were an extremely balanced team last season. They just happened to play in a tough division with a team, the Chiefs, that set offensive records. I’m not concerned whether Melvin Gordon’s holdout goes into the regular season. The Chargers are good/great at key positions, and they should continue to win at a high pace.

For more on the Chargers, check out Bolts from the Blue