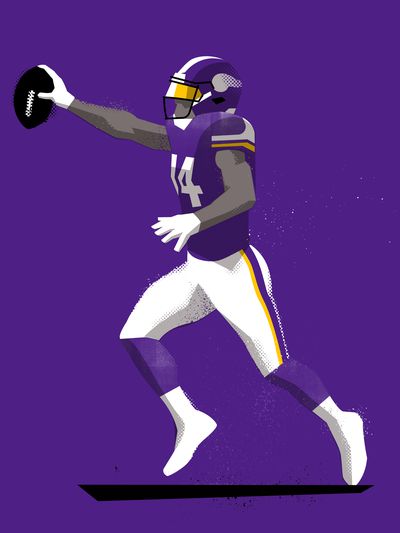 The veteran who stands above everyone else is defensive end Everson Griffen. He’s the longest-tenured member of the Vikings and has played his entire career with them since being drafted in 2010. He has an energy and an intensity that is difficult for any other member of the team to match, even after an injury-plagued 2018. With those problems in the rear-view mirror, I would expect a return to form for Griffen this season, and with it a Vikings defense that looks more like the 2017 version than last year’s.

Running back Dalvin Cook has been available for less than half of the Vikings’ games since 2017. He has struggled with numerous injuries, but has shown the ability to be special when he’s actually on the field. This year, he has once again drawn rave reviews at Vikings’ camp, and the hope is he can translate this into a healthy regular season. The Minnesota offense just looks and feels different when he plays. With a new run-heavy offensive scheme being developed, he can be a huge difference maker for this team.

The offensive line. The Vikings made a bold (for them) move to address the problem, selecting center Garrett Bradbury in the first round. This was the first time they had used a first-round pick on a lineman since drafting Matt Kalil in 2012. The addition of Bradbury moved Pat Elflein to left guard, and the Vikings completed their interior upgrade by signing former Tennessee Titans guard Josh Kline. The hope is that the Vikings’ offensive line can start trending in a positive direction after several seasons that have been decidedly negative.

And a return to the playoffs. This team will continue to develop on offense under Kirk Cousins, thanks to the additions of Gary Kubiak (offensive consultant) and Rick Dennison (offensive line). The skill position talent around Cousins is top-notch, and a defense that has been largely unchanged for six seasons will round back into form. Will it be enough to get a third NFC North title in five years? It’s possible, but at the very least it should get this team back into the postseason party.

I think Minnesota could be a darkhorse contender this season, and therefore I’d say this number is one too low. The Vikings will always be good on defense with Mike Zimmer in charge. The question is the offense. I like what I’ve heard this offseason, though: incorporating more play-action pass, studying analytics, and an improved offensive line.

For more on the Vikings, check out Daily Norseman