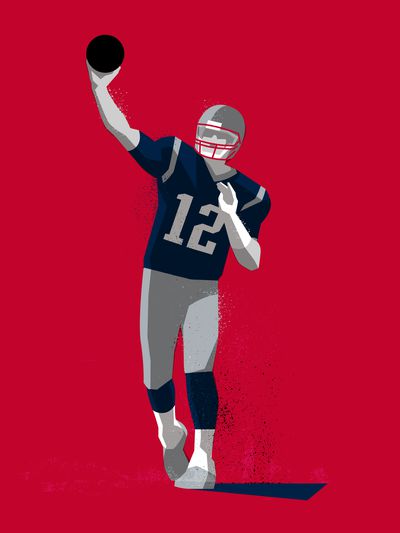 While Tom Brady sets the tone with his experience and leadership, a group of players has emerged that makes sure everybody is up to the standards of the “Patriot Way.” Those emotional leaders include Dont’a Hightower, Kyle Van Noy, and Julian Edelman. One player stands out among them, though: special teams captain and NFLPA representative Matthew Slater. One of the most respected players in all of football, Slater embodies what it means to play for the Brady/Belichick Patriots.

At 42 years old, Brady is still going strong — something he wouldn’t be able to do if not for his focus on keeping his body and mind in shape. The man is obsessed. From what he eats and drinks to how he works out in the offseason, everything is meticulously planned. That has allowed him to stay in shape even at an age at which other quarterbacks have long called it a career. He may skip the occasional voluntary offseason workout, but make no mistake: Brady is the Patriots’ workout hero.

Even though the tight end position lost a Hall of Fame talent to retirement this offseason, the position the Patriots have to worry about the most is another: offensive tackle. Starting left tackle Isaiah Wynn is a virtual unknown after having missed his entire 2018 rookie season with an Achilles injury. The depth behind him is anything but inspiring. New England trying left guard Joe Thuney in Wynn’s spot during offseason workouts tells you all you need to know about the state of the team’s depth at the tackle position.

Over the 10-year span between Tom Brady returning from a knee injury that cost him all of 2008 until winning the Super Bowl last season, the Patriots averaged 12.3 wins per regular season. The only times they failed to win more than 11 games came in 2009, Brady’s first season back, and last year when they went 11-5. Given that the team still looks like one of the NFL’s best on paper, it is not hard to envision them improving on 2018’s record.

No Gronk, no problem. I think this number is a game too low. I can’t imagine an easier schedule for a defending champ. Six games against their division opponents, plus the Steelers, Cowboys, and Chiefs at home. They beefed up positions of weakness in the draft and they should continue to roll this season.

For more on the Patriots, check out Pats Pulpit