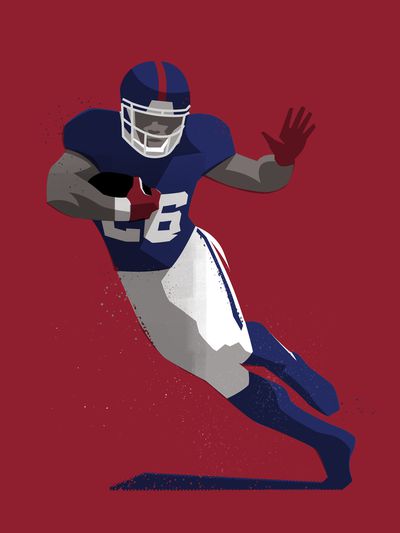 Saquon Barkley. I don’t think there’s any question about that. He’s young, but he’s the team’s best player and he has the attitude to match. He also embodies the work ethic the Giants hope to build around as they try to get the team pointed back in a winning direction.

It’s probably offensive lineman Kevin Zeitler, who the Giants acquired in a trade with the Cleveland Browns this offseason. His new teammates keep talking about how much the guy loves the weight room. He’s brought an attitude and a love for both practice and working out that is just different.

It’s unclear if this is the Giants’ Achilles’ heel, but the biggest question is whether or not the defense will be up to the task. Do they have enough pass rush after finishing with the second-fewest sacks last year? And can all the young, untested cornerbacks they have play well enough this year?

Anywhere from 6-10 to 9-7, maybe 10-6, is within the realm of possibility given the schedule they play, but I’m going to say 7-9. It’s hard to predict because a midseason quarterback transition from Eli Manning to Daniel Jones — if one should occur — might skew the overall record.

I think this number is almost right, but I’d lean toward it being too high because of the toughness of their opponents. According to Warren Sharp, the Giants face the top defenses in limiting explosive plays on offense. On the flip side, they play much better offenses this season and don’t have a pass rush at the moment. I think seven wins is their ceiling.

For more on the Giants, check out Big Blue View