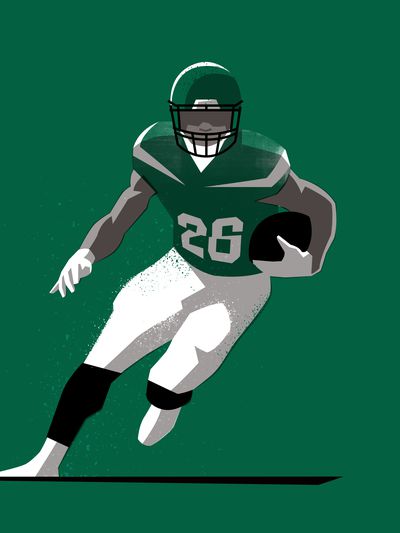 He’s only entering year three, but safety Jamal Adams has assumed a major leadership role with the Jets. From dealing with the press to locker room dynamics to making sure everybody gets lined up correctly, he’s in charge. When he was a prospect coming out of LSU, it was striking to see how his intangibles and leadership constantly were mentioned along with his stellar play. It has been easy to see why.

Robby Anderson might not be the most physically imposing player in the NFL, but he would have stood a good chance of being crowned the fastest player had he not dropped out of that offseason competition. Some guys have great timed speed but cannot carry it onto the field. Anderson is every bit as fast on gameday as he is with the stopwatch. Defenses know he’s a deep threat, but they can’t stop him from getting deep.

Many people will tell you that poor play at the quarterback and cornerback positions lose games quicker in the NFL than anywhere else. The Jets have reason for optimism at quarterback with Sam Darnold, but corner is a different question. The only player with any resume of success at the position is Trumaine Johnson. Johnson had a bad 2018 that displayed a potentially diminishing skillset. The Jets might be forced to look outside for answers.

For the Jets, it is all about weathering the early part of the schedule. Five of the first six games are against Cleveland, New England (x2), Philadelphia, and Dallas. Things seem to open up after that point. If the Jets can start 3-3, they’ll have a great shot of making the playoffs. I think with Sam Darnold’s growth, a 9-7 season could be in the cards.

This number feels maybe one too high for the first-time pairing of coach Adam Gase and quarterback Sam Darnold. I think Darnold will flourish under Gase, who’s always been an excellent quarterback coach. But, the Jets are still building up the roster, and I’m not sure they are ready for nine wins yet.

For more on the Jets, check out Gang Green Nation