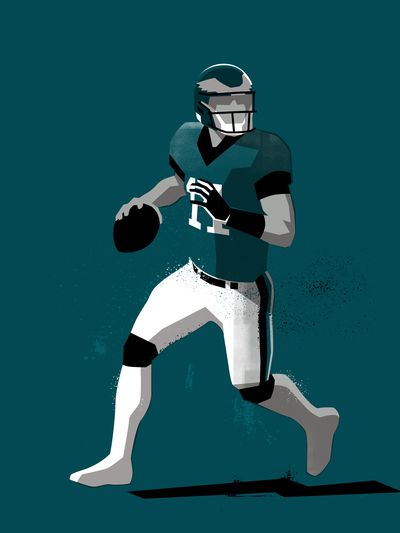 Malcolm Jenkins is the Eagles’ most indispensable player when accounting for both on and off the field. Jenkins is an incredibly versatile and talented defender who also sets the tone in the locker room. He’s the Eagles’ most vocal leader and he makes a positive impact in the community as well.

Lane Johnson entered the NFL as one of the most athletic offensive linemen in league history and he’s only gotten stronger since then. Johnson’s body is absolutely ripped and that helps him maintain his status as the best right tackle in the game. Just look at this photo of the 6’6, 317-pound giant to see for yourself.

Carson Wentz’s health is the most obvious concern for the Eagles moving forward. Philadelphia can no longer turn to Nick Foles if its current starter gets hurt. Wentz suffered a torn ACL in December 2017 before then dealing with a 2018 back injury that cut his season short for the second year in a row. If Wentz stays healthy, the Eagles should be in really good shape. If he can’t, well, the Eagles’ season is essentially over.

The Eagles arguably have the NFL’s deepest roster. The offense projects to be a top-five unit in the league with a healthy Wentz. He has a ton of weapons to work with: DeSean Jackson, Alshon Jeffery, Zach Ertz, Nelson Agholor, Dallas Goedert, Miles Sanders, and Jordan Howard. He’ll also be lining up behind one of the league’s best offensive lines. On defense, the Eagles have talent to regularly harass opposing quarterbacks. Philadelphia should take advantage of a relatively easy schedule en route to double-digit wins.

I’d almost lean toward this being too low, but 11 seems about right to me. The Eagles are loaded at multiple positions, and they have an easy schedule. They don’t have to leave the East Coast after Week 7 and are the early favorite in 12 of 16 games.

For more on the Eagles, check out Bleeding Green Nation