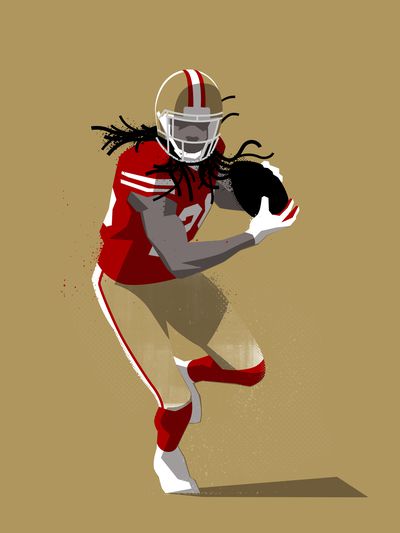 It’s Joe Staley, hands down. He is the face of the franchise — it’s not often you can say that about a tackle, either. The 49ers drafted him in 2007, and he’s been a stud ever since. Everybody loves him, and if you’ve interacted with him once you can understand why. Staley is the best.

Defensive lineman Kentavius Street has videos of himself squatting 700 pounds, so he’s the easy choice. Plus, 49ers defensive coordinator Robert Saleh said Street is the “strongest human in the weight room.” Street is coming off a significant knee injury, and you can only imagine how hard he worked in the gym to get back.

The injury bug isn’t just in love with the 49ers; it’s stalking them. Last year, 13 players went on season-ending injured reserve, including quarterback Jimmy Garoppolo. It took four plays into the Niners’ exhibition opener to lose a player to injury this year. Tackle Shon Coleman suffered a fractured fibula and a dislocated ankle that landed him on the injured reserve. Two days before that, the star of training camp, wide receiver Trent Taylor, broke his foot on a touchdown catch on the last play of practice. The team can’t seem to stay healthy.

I thought 9-7 for the longest time, but it’s impossible to ignore the threat of more injuries happening to the 49ers. They have the talent to go 10-6. That record would assume both of their star pass rushers stay healthy, as well as the talented but inexperienced receiving corps. I am positive that this season will be fun. Each week will feature a different story. There will be plenty of points scored. The question then becomes: can the defense do enough?

I think this number is just right because I don’t know if the Niners can stay healthy this season. If everyone is healthy, I think their record will be better because Jimmy Garoppolo has been a winner. I trust Kyle Shanahan to command the offense, and they’ve improved their personnel on defense. But again, everyone is always hurt.

For more on the 49ers, check out Niners Nation