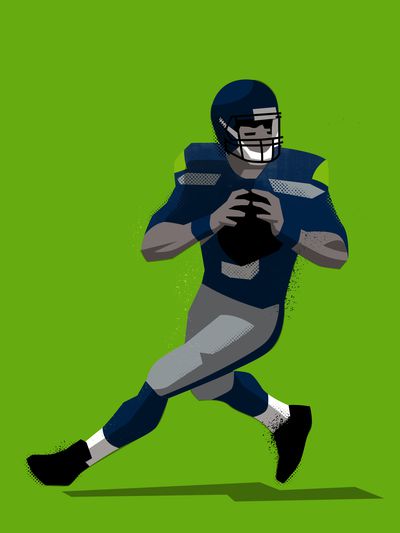 You can call Bobby Wagner the heart and Russell Wilson the soul, if you’d like. Those two are the last two remaining elite members of the dominant Seahawks teams of yesteryear and the ones who — off freshly signed extensions — must usher in the next era of young Seattle players on each side of the ball.

If we’re talking about the most built guy on the team or the one you’re seeing in photos holding weights, the answer for the entire NFL is DK Metcalf. He looks like he has one miniature David Boston packed under each 4-square inch of real estate on his deity-like frame.

Seattle’s issues have flipped in the trenches and left a veteran group of offensive linemen to terrorize a defensive line that could be the league’s worst. The pass rush is without Frank Clark (traded) and Jarran Reed (a six-game suspension) to start the season. The rest of the group is loaded with questions. L.J. Collier was a first-round pick who recently suffered an ankle injury. Ezekiel Ansah has yet to run a full practice because of his own injury concerns. Seattle needs help from unexpected places, like 2018 third-rounder Rasheem Green and maybe even linebacker Barkevious Mingo.

My biggest concern is the pass rush and the secondary, which is going to feature a lot of new, prominent names, like L.J. Collier, Rasheem Green, Marquise Blair, and maybe Kalan Reed, who is leading the way for the nickel corner position. If Pete Carroll discovered a couple new stars, the Seahawks will be back in the playoffs. If it doesn’t work out that way, 8-8 could be looking very optimistic.

The Seahawks haven’t won fewer than nine games since Russell Wilson took over, and I think this continues for another season. I have Seattle winning nine or 10 games. The issue for this team is the defense. On paper, it’s not as talented as past defenses, but I’m betting on Pete Carroll being able to coach it up. On the other side, Wilson is a baller. That’s all we need to know about the offense.

For more on the Seahawks, check out Field Gulls