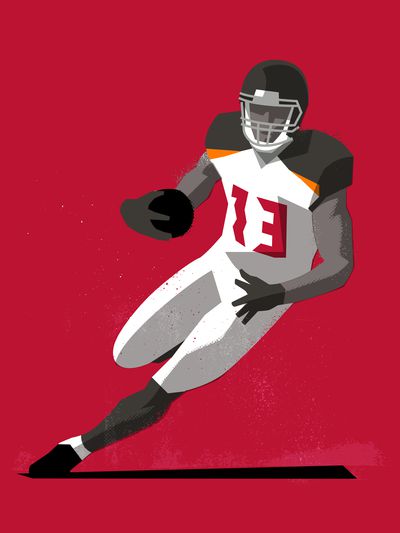 Quarterback Jameis Winston is undoubtedly the heart and soul of the Buccaneers. New head coach Bruce Arians said as much the moment he stepped into the team’s headquarters. The fifth-year quarterback has shown his leadership ability all offseason, and the other players tend to build off of his energy.

Tampa Bay’s workout hero is a guy playing for a roster spot who hasn’t lived up to expectations. Defensive end Noah Spence always seemed to be a gym rat. Under new coaching and with a new role for him from defensive coordinator Todd Bowles, Spence has taken it up a notch. He recently started a 9,000-calorie-a-day diet to put on an extra 35 pounds of muscle.

While there are many variables at play, I’d say the Buccaneers’ Achilles’ heel is their defensive unit — though you could make a case for their offensive line, too. Tampa Bay’s defense has not been able to keep offenses in check for several seasons now. The hope is that the hire of Todd Bowles and his new-look 3-4 defense will help.

Tampa brings back practically the same roster, but with a different coaching staff, new offense, and new defense. Each year there are surprise teams and the Buccaneers can easily be that squad. They will be much improved and if the ball bounces the right way for them a few times, 10 wins won’t be far-fetched.

This is too generous of a record. I like putting Bruce Arians with Jameis Winston to save the quarterback’s career, but will Winston still be prone to so many turnovers? On the other side of the ball, the Bucs’ defense is brutal. The NFC South is a tough division, as well.

For more on the Buccaneers, check out Bucs Nation