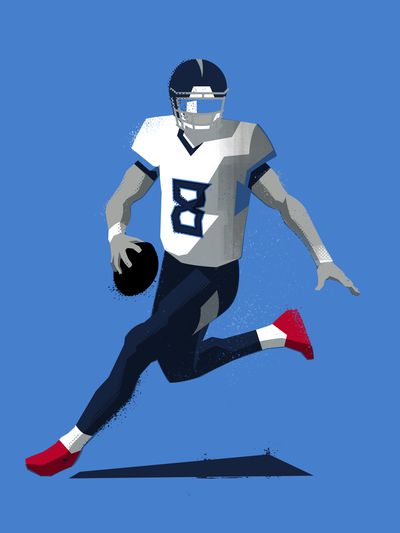 Kevin Byard. The Titans made him the highest-paid safety in the league this offseason. He has become a leader on and off the field with his dedication to the team and in the community. Byard is also the strength of the Titans’ defense, which should be really good in 2019.

Derrick Henry. That dude looks like he was built in a lab. Guys talk about how they can’t believe he is a running back when they first meet him because he is so ginormous. Do you want to see this guy coming at you full speed in the open field? Neither do most NFL players. Just ask Jalen Ramsey.

The quarterback’s health. Marcus Mariota has finished two of the last three seasons on the sideline injured. This team has the ability to be a legit Super Bowl contender if Mariota avoids injury and plays up to his capabilities. Mariota wasn’t 100 percent for the majority of the 2018 season and the Titans still managed to win nine games. The sky is the limit for them if he does stay healthy.

People say it is tougher to go from nine to 10 wins than from four to nine wins. The Titans have been 9-7 each of the last three years. That was only good enough to make the playoffs once. Mike Vrabel has said the goal for this year is to go from good to great. The Titans have made the necessary upgrades on offense to get over the hump. Now they just need Mariota on the field to lead the team.

I’d say this number is about right, but it’s a tough call in this division. It all hinges on the development of Marcus Mariota. Can he take the next step forward? He’s playing in another new offense, but now the Titans have weapons and an improved offensive line with the addition of guard Rodger Saffold. On defense, they will continue to make strides with Mike Vrabel running the show.

For more on the Titans, check out Music City Miracles