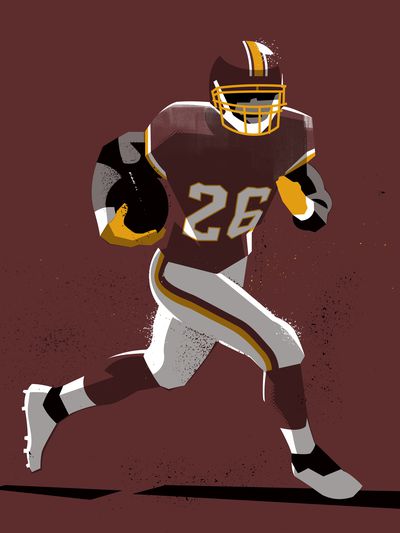 For quite some time, Trent Williams has been lauded by his teammates as being the leader on and off the field for Washington. His stellar play and dedication to his brothers in that locker room is well documented. The problem is he is not in that locker room right now because of his holdout. With him absent, I would turn to Jonathan Allen. The defensive lineman is a beast of an athlete and has drawn his teammates to him with a quiet but unquestionably dominant persona.

Washington’s history with workout heroes has been spotty, but this summer hasn’t produced any LaRon Landry-type guys, thankfully. That said, Terry McLaurin, a rookie from Ohio State, could be the “good” kind of workout hero. Instead of an alien-looking muscular profile, the receiver blew people away with his pre-draft measurables. Known for his leadership and toughness, McLaurin dropped a memorable combine performance: 4.35-second 40-yard dash, 125-inch broad jump, and a 37.5-inch vertical jump.

Washington has major question marks at quarterback. Two journeymen (Colt McCoy and Case Keenum) and a first-round rookie (Dwayne Haskins) battled for the starting spot in camp this summer, with Keenum getting the nod in Week 1. If the veterans can contribute while giving Haskins some reps for experience, they might be able to graduate to having their wide receivers be the weak link … but they’re just not good enough under center to be worse somewhere else yet. Baby steps!

Washington’s win total in Vegas sits right around 6.5 games. This comes from gamblers’ general lack of confidence based on an underwhelming decade or two of results. Washington enters 2019 with a stout front seven and an improved secondary anchored by Landon Collins at safety. The team was able to run the ball effectively with Adrian Peterson last year and gets Derrius Guice back this season. A decent ground game supported by a young, talented defense should allow Washington to find mediocrity this year.

Washington is a mess at quarterback and at offensive line. You’re not winning eight games like that. The defense is just OK, but the division is tough. If the team switches to Dwayne Haskins at quarterback early in the season, we will see some growing pains. I think 4-6 wins is about right.

For more on the Washington, check out Hogs Haven