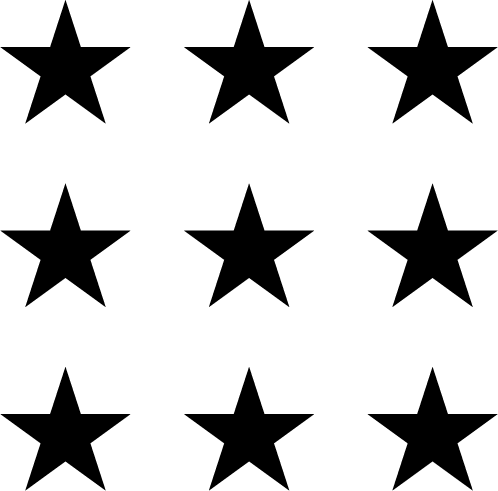 It’d be easier for everyone if LaVar Ball just stayed in a box. That’s the way we all first encountered him in November 2016, literally picture-in-picture, during a preseason tournament. An ESPN broadcaster asked an innocuous question about his son’s team starting the season 4-0 and Papa Ball countered with “UCLA gon’ win the NCAA Championship and you think I’m playing.”

Since then, LaVar’s jumped over all the normal partitions that keep sports dads roped off from consumers, from their kids’ coaches, and from the business side of the game. For better and worse, the Ball paterfamilias hasn’t yet faded into the background.

He is obnoxious and loud and hyperbolic and he’s gained our attention by offering enough unsolicited opinions that people eventually started asking for them. By proclaiming Laker rookie Lonzo better than an NBA MVP (“until I die I’mma always think my son is better than Steph Curry”), sparking a feud with the sitting POTUS over his son LiAngelo, buying youngest son LeMelo a Lamborghini, and starting his own clothing line and sports agency, LaVar Ball has escaped every box there is.

Now, if even a fraction of what he’s predicted turns out to be true, he’ll have earned the mantle of disruptor that he’s long imagined himself to have.

Disruptors are a vaunted part of the American cultural DNA. The Horatio Alger tale should be retrofitted for Steve Jobs.

And shouldn’t we praise that? This fetishizing of table-turners is why everyone from Time to Vanity Fair to CNBC does year-end lists and awards ceremonies to honor mavericks. Disruptors are a vaunted part of the American cultural DNA. The Horatio Alger tale should be retrofitted for Steve Jobs.

Modern dreamers have license to be upsetters — to be mostly right even if they’re loudly, pointedly, repeatedly wrong — on the off chance they’ll find an underserved consumer and come up with a business model that might redefine an industry or take down the establishment. Even if they are problematic in their approaches, the results often justify the means. By definition, disruptors are upsetting a world that needs to be shook.

That’s the whole thing about changing norms: Somebody’s gonna get mad. This year LaVar Ball has been as ubiquitous as Mark Zuckerberg, as media-obsessed as Donald Trump, as much a hypeman as Evan Spiegel, and that has pissed people off. Which people? Well, that depends on a few things.

You might be mad if: You’re hesitant to buy into a disruptor story where progeny are a business product.

Tech disruptors all have good origin stories, even if they’re mostly bullshit. Take the ever-evolving founding story of Netflix, which, depending on who you ask, either resulted from a lightbulb moment during a drive to Blockbuster, sprung to mind during a graduate school math problem, or evolved over a series of conversations while its founders were commuting. Ditto Apple, which famously had something to do with someone’s mom’s garage, some infighting, an Ashton Kutcher movie, and a black turtleneck. Whatever. The point is, these sparks of inspiration really just exist to create a repeatable mythology around a game-changing product. Mostly because describing the inner workings of a game-changing tech product is boring as all hell.

When the product is a kid or kids — as it is the case of the Balls, the Kardashians, the Marinoviches, (the Woodses, the Williamses, etc. etc.) — the origin stories of family businesses are usually pretty uncomfortable and (necessarily) extreme. Consider the inhumane time or money investment, borderline cruel mental training, and isolation that some of sports’ biggest stars endured to get to the top. When it works out, in hindsight, it all seems worthwhile. But in real time, there’s no acceptable trial-and-error period like there is in tech or business. There’s no beta version of kids. Even if you’ve got three of them.

You might be mad if: You don’t really get what’s being disrupted.

Ever notice that the language around disruptors comes with an implied threat? For every new business that is “changing the way we... [use the internet] [hail cabs] [order food] [watch movies]...” some well-established giant is like, “What’s wrong with the way we do that already?” With Lavar Ball, the overall aim, and therefore the threat, isn’t all that clear.

Despite his proclamations, the Balls are not gonna change the way we watch basketball or the way we judge phenoms. Lonzo has set a record as the youngest NBA player to ever net a triple-double. That he has two of ‘em hasn’t diminished the criticism of his jacked-up shot — a shot that was good enough at the prep and college levels (he shot 40% from 3 at UCLA) and... isn’t as a pro. That snuffing of a hyped prospect isn’t new, rare, or instructive. It’s routine, bordering on cliche.

And despite the Q-score of the Big Baller Brand, the line hasn’t exactly threatened the way we buy sneakers. Arbiter of cool (and of disruptive business ideas from Tidal to Roc Nation Sports) Jay-Z copped three pairs, but he admittedly did so as a hedge, just in case LaVar’s bonkers plan pans out.

"Nike had to start somewhere. Why do we get so upset when we, us as a culture, want to start our own shit? That shit is puzzling to me. I sit back like, and I'm like, This makes no sense. Why can't he start a sneaker [company]? [People say] 'You're dumb, your sneakers are terrible.' They [weren't] any more terrible than ... I've seen some bad sneakers from Under Armour, I've seen some bad Michael Jordan sneakers. Horrible."

To be clear, Big Baller Brand aims to change the way we buy high-end sneakers since they’re charging $495 a pop for Zo2s. Is that as disruptive as Stephon Marbury’s approach in 2006, when he sold 1 million $15 sneakers in six months? Or as Shaq, whose strategy is selling his signature shoes (since 2004) at low-priced retailers Payless and Walmart? Nah. But one of these days, somebody’s gonna do it right.

Disruptors sound an alarm about the beginning of a sea-change in a given industry, and by necessity, disruptors are unapologetic outsiders who can signal-boost.

Disruptors are also overwhelmingly cis white men, which makes LaVar an outsider times two. He’s a brash black man, a self-anointed hoops diviner who hasn’t kowtowed or looked for approval from any of the sport’s traditional kingmakers. LaVar has also used that booming voice of his to repeatedly subjugate other outsiders — women, specifically — even going so far as to brand his misogyny. He’s the wrong kind of disruptor and, simultaneously, one who upholds the status quo, earning him shots from all sides.

LaVar has become such a big target that valid criticisms of the Ball youngsters never land squarely. Whether it’s LiAngelo’s withdrawal from UCLA, or Lonzo’s funky shot, or LaMelo’s questionable amateurism — each flaw or misstep has a singular set of Big Baller Feet at which you can lay blame. And yet none have really yielded any significant consequences.

A year into the experiment, the most legitimate beef with LaVar Ball is that he hasn’t really disrupted anything in the basketball world. But his effect on how and what fans consume is undeniable: Audience demand isn’t just for the Balls to supply entertainment on the court; they’ve become regular content producers outside of the box of live sports programming.

Twenty-four million viewers showed up for the premiere episode of Ball In the Family, the Facebook Watch reality show that chronicles the family’s day-to-day life. LaVar has turned out to be a reliable troll for TMZ and he gave CNN its most-memed interview of the year when he addressed President Trump’s demand that he say thanks for maybe helping to get LiAngelo out of China. Meanwhile, Lonzo’s raps generate listens on Soundcloud, views on YouTube, and clicks on rap blogs, even if his highlights mostly get knocked on SportsCenter.

So in the same way that it doesn’t matter if Snapchat is the longterm future, or if Uber will be around in the year 2020, the question really isn’t if LaVar’s plan to disrupt basketball will work. He’s disrupted the conversation and stolen the spotlight. That might just be profitable enough.