Cut off from the rest of the country by the neighboring states of Lithuania, Poland, and Belarus, Kaliningrad only became part of Russia after World War II, when it was annexed from Germany. And if you turned a blind eye to the monstrous, Soviet-era blocks, you’d be forgiven for thinking you were walking around the Hanseatic towns of Gdansk or Riga — the traditional architectural style of the old city’s walls and churches hark back to when Kaliningrad was an East Prussian port town named Koenigsberg.

Although the local population is overwhelmingly made up of ethnic Russians who settled there in the post-war period, the city proudly talks up its most famous son, 18th-century German philosopher Immanuel Kant. 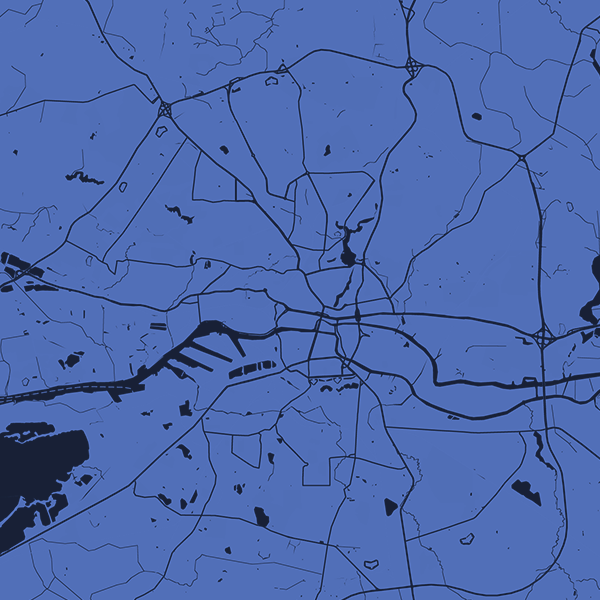 Perched upon Kant Island, on Kant Street (are you starting to see a theme?) is the Gothic Koenigsburg Cathedral, next to which Kant is buried. The cathedral’s history reflects that of the city itself — originally built by the Teutonic Order in the 14th century, it survived fires and wartime Allied bombings before falling into ruin during the Soviet period. In 1992, the city set about restoring the site, and installed Kant’s personal library of several thousand books and manuscripts on the upper floors, which visitors can access today.

Conveniently located 20 minutes on foot from Kant Island, the Kaliningrad Stadium just scrapes in as a FIFA-approved venue, with only 212 seats more than the 35,000-seat minimum to host games. Its compactness ought to make for a great atmosphere, particularly for the sell-out crowds expected for Spain’s group match against Morocco and England’s meeting with Belgium.

A 15,000-strong crowd is expected at the city’s fan zone, located at the Central Square in front of the House of the Soviets — one of the ugliest of Kaliningrad’s post-war buildings, nicknamed “The Buried Robot.” Quite the setting to watch the beautiful game.