As one of two host cities (along with Saransk) located in one of Russia’s minority ethnic republics — it is the capital of the semi-autonomous Republic of Tatarstan — Kazan has a local culture that differs significantly from most of European Russia. The local Tatar population practices Islam, with a language similar to Turkish and a cuisine of delicious dumplings, spiced meats, rice dishes, and flatbreads. To work off some of those calories, locals throw themselves into sports. The city styles itself as the sports capital of Russia, though arguably Ak Bars and UNICS, the city’s hockey and basketball teams, are more popular than local soccer club Rubin. 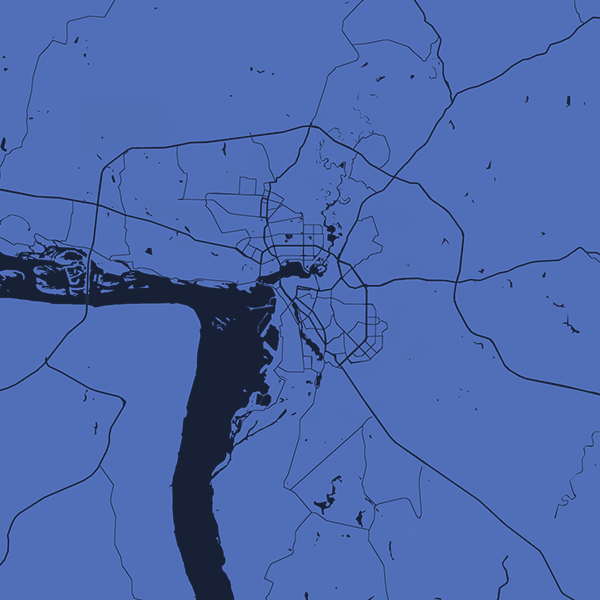 The Kazan Kremlin is a visual masterpiece, one of the rare historic citadels in Russia to contain both an Orthodox cathedral and a mosque. Admire the emerald minarets of the Kremlin’s Kol Sharif Mosque, then wander down to the banks of the nearby Volga River to cool off. Most of the locals ignore the “no swimming” the signs — but you probably shouldn’t.

Opened in 2013 for the World University Games, and adapted for the 2015 World Aquatics Championships (during which a swimming pool and 15,000 temporary seats were placed on the field), the Kazan Arena has played host to some pretty esoteric events. Visitors from the U.S. may also spot a familiar name around the 45,000-seater stadium — it’s the site of Kazan’s Harley Davidson dealership.

Kazan’s official World Cup fan zone is located at an event space surrounding the Kazan Family Center, a towering structure shaped like a cauldron, which houses the city’s main marriage registry office. Unfortunately, if you meet the love of your life while watching a game, you won’t be able to tie the knot right then and there — the center will be closed for the duration of the tournament.