For a city of 1.2 million, Nizhny Novgorod isn’t particularly well-known outside of Russia. That’s largely because between 1959 and 1991, the city was closed to foreign visitors, as the Soviet Union sought to keep under wraps the MiG aircraft and nuclear submarines that were manufactured there. The automobile industry still dominates the local economy — the city’s somewhat unflattering nickname is “the Russian Detroit” — and although Nizhny’s historic center has plenty to offer visitors, it’s best for a weekend visit rather than an extended stay. 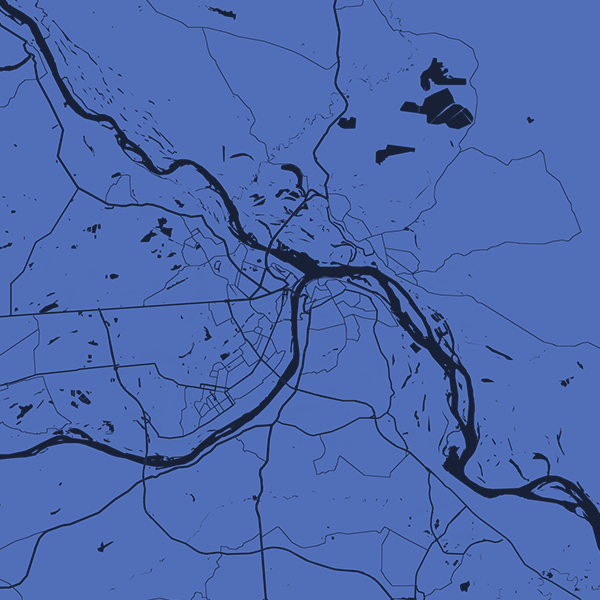 Pretty, pedestrian-friendly Bolshaya Pokrovskaya Street, lined with some of Nizhny Novgorod’s oldest buildings, is bound to be the focus for visitors during the World Cup. At the southern end is Gorky Square, named for the city’s most famous son, Soviet author and founder of socialist-realist literature Maxim Gorky. At the northern tip is the city’s 800-year-old Kremlin. In between, artists, street performers, and hawkers vie for attention. After a slow amble up and down, stop in for a pint and a portion of smoked pigs ears (yep) in Druzhkova Kruzhka.

The 45,000-seat Nizhny Novgorod Stadium occupies a spectacular position at the confluence of the Oka and Volga rivers, with nearby Alexander Nevsky Cathedral cementing the arena’s status as one of the most photogenic of the 2018 World Cup venues. You’ll capture your best shot of it standing on the Kanavinsky Bridge.

With no local top-flight soccer team — Volga, which was a member of the Russian Premier League as recently as 2014, was dissolved a couple of years ago — authentic soccer bars are few and far between in Nizhny. Union Jack is probably your best bet — an English pub just a short hop over the Oka river from Nizhny Novgorod Stadium.