Though winters in the city are bone-chillingly cold, “Piter,” as the locals call it, is a wonderful place when summer arrives. The most northerly World Cup venue ever (on roughly the same line of latitude as Anchorage), the sun never truly sets in June and July, meaning locals party into the early hours, and blackout curtains are required if you want to escape the hazy half-light and get a good night’s sleep. The city’s districts are scattered across several islands connected by bridges that open around midnight to let boat traffic through and only close again at 5 a.m., so make sure to plan your big night out to avoid being stranded until morning on the wrong side of the water. 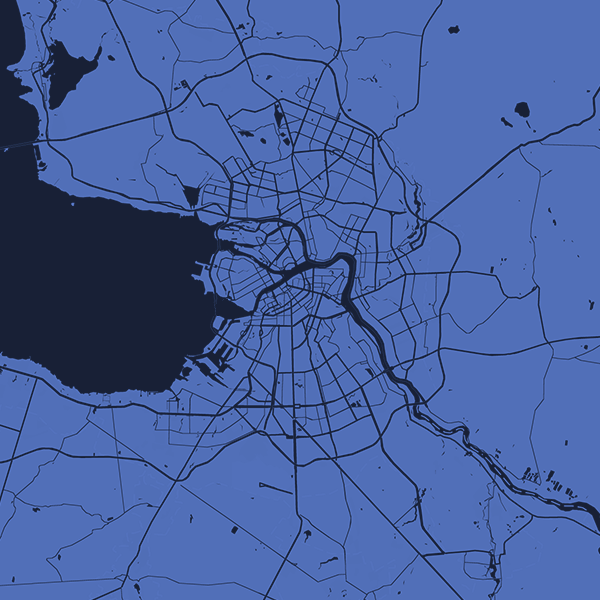 St. Petersburg is home to Russia’s first ever museum, and it’s quite an experience. In 1714, Tsar Peter the Great established the Kunstkamera, which today is referred to as a museum dedicated to anthropology, but at the time was designed by Peter as a “cabinet of curiosities” containing all manner of freakish exhibits. Skeletons, preserved body parts, malformed still-born animals, and even the severed head of a member of Peter’s court were collected and housed in the museum, and remain on display today.

For the $1.1 billion it cost to build — making it by some measures the most expensive sports venue ever constructed — you’d expect Saint Petersburg Stadium, home to local side Zenit, to impress. The 68,000-seater stadium, part-built by North Korean laborers, required remedial work in 2017 to fix leaks in the retractable roof and vibrations under the field. But since then, to give the arena its due, Zenit fans have turned it into a cauldron of noise and color.

Street Food Bar No. 1 has its fair share of kitsch — last year the bar installed a waxwork model of Lionel Messi for patrons to take selfies with — but, in fairness, it’s the perfect place to catch a game. They even have screens in the bathrooms so you won’t miss a thing.