New Big East is not Old Big East, but it's not so bad, guys. Also, talking with the head coach of one of the last undefeated teams in the nation -- and the least expected one.

The strangest part of conference realignment was how some schools were deemed trillions of times more attractive than others. We were told the winds of change were blown by football, which is why Nebraska and Texas A&M were the two schools whose movement caused the most ruckus. But then stuff like the Big Ten adding Maryland and Rutgers, a move which is widely regarded as setting the conference back football-wise, happened, and the whole thing seemed confusing.

Basketball was a very clear second or fourth or fifth fiddle, as made clear by Syracuse gleefully ditching age-old rivals, and UConn being left clawing at the door, frantically begging to be let in before dying in the cold with South Florida.

Which is why I'd like to take a moment for us to praise the New Big East. No, New Big East is not Old Big East. Old Big East is a league I cherished, with tournaments at the Garden often proving more epic than the actual NCAA Tournament. But Old Big East's problem was that it continued to get more Big and less East to the point where it just an unlinked amalgamation of schools with no coherent links spanning the country.

Some of college basketball's conferences are clearly kidding. The Atlantic 10 has some quality teams, but they aren't connected in any way, nor are they Atlantic, nor are they 10. The C-USA's membership is just somebody getting drunk and playing darts with a map of the South, then getting even more drunk and deciding they wanted to throw in nine more darts for no particular reason. Come March, I'll find beauty in your league, but it's more difficult to craft compelling reasons why I should find games interesting if the teams playing are random.

What I love about New Big East is that it's so plainly a child of basketball. The ostensible reason for the league's formation was Old Big East's football-playing members chasing football and the basketball-only schools basically saying LIKE HELL YOU'RE GONNA MAKE US PLAY WITH TULANE and squeaking out before the lock clicked. A house divided cannot stand, and if that house is half filled with crappy football teams, call in the wrecking crew ASAP.

So now we have those schools, plus Creighton, Butler and Xavier. I've seen it said that the trio seems a tad buy-high, sell-low. Butler's a buzzword thanks to consistent goodness and two magical tourney runs, but are they worth promotion to majordom? A similar argument can be made for a Creighton team living on McDermott and Sons which doesn't really have any link to its new conference brethren.

But I ask you: which mid-majors have proven more appropriate for a move to a big league? We scanned the final Kenpom top 50 for the past three years for any teams not currently in the Big 10, ACC, Big 12, SEC, Pac-12, American, and New Big East, and then averaged out their finishes over the last 10 years. (I apologize that this leaves out any solid mid-majors that have not finished in the top 50 over the last three seasons, but, well, what exactly is their case for being in a major conference?)

New Big East doesn't look like a spectacular top-to-bottom league, and, well, it isn't. But neither was Old Big East. Seton Hall, Providence and DePaul were bottom-feeders then, and they'll fix their maws to the sea floor here, too. And while we were laughing at Kansas for losing to Villanova, it turns out Villanova is pretty spectacular.

So now we've got 10 hoops-centric schools, seven of them Catholics with previous distaste an eighth and ninth that could presumably learn quickly, and a fine squad in Butler?

We'll miss the Garden parties, but we kinda like this new league. 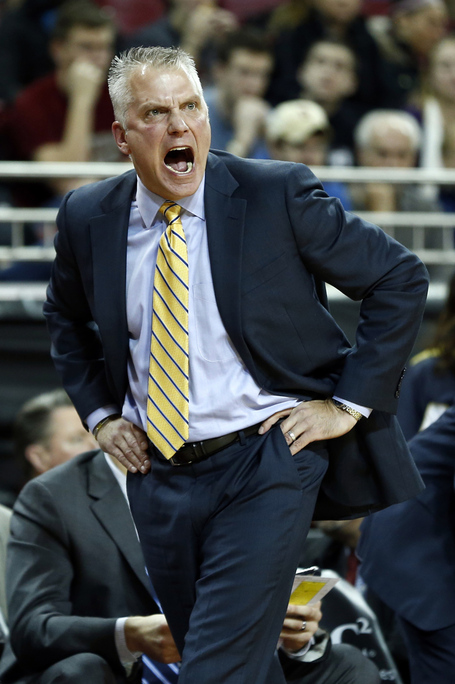 A bit over a month into the season, 337 of 351 Division I basketball teams have lost at least one game. Twelve of the remaining 14 belong to a power conference. One of the other two is a perennial NCAA Tournament option in St. Mary's, and the other is...Toledo?

"Our players are doing a great job of believing and grinding out wins," said Toledo coach Tod Kowalczyk, a 47-year-old with a grizzled crew cut who's been in charge since 2010.

Yes, the Rockets, who haven't been to the NCAA Tournament since 1980. Some of their unblemished record is thanks to a favorable early schedule -- their strongest competition has been Boston College, ranked Kenpom 119 -- but they've handled all takers, coming back from down eight to knock off the Eagles and coming back from down nine to beat Detroit on the road.

Rockets are powerful enough to blast at a few hundred miles an hour, but only smart enough to go in the direction you point them, and before Kowalczyk's arrival, that direction was straight down. After a 2006 division title, Toledo posted three consecutive sub-.500 seasons.

"We inherited an awful situation," Kowalczyk said. "We had a bad culture, bad academics and bad basketball. That's a bad combination."

In came Kowalczyk, who left a job in his hometown of Green Bay to take over the Rockets. His first year, the team had just seven scholarship players and went 4-28.

He's already won twice as many games thus far in 2013 -- with a slightly better win-loss ratio. The ghosts of Rocket basketball past continued to haunt the team through last year, when they were ineligible for postseason play due to prior academic failings, but this year the team will play in the MAC Tournament and any other postseason tournament they qualify for. 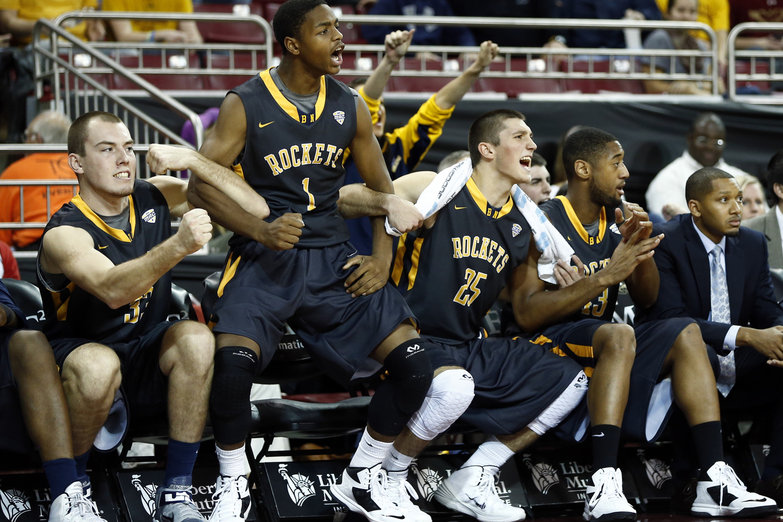 • Fun fact: The Rockets play in "Savage Arena" and it's a really good thing they did not follow the Knicks and Celtics in naming their home stadium a "Garden."

The key is scoring the ball. If you like plain points per game, Toledo is No. 4 in the country. If you're a more sophisticated type who prefers tempo-free stats, they have the No. 10 offense in the country. The Rockets have hit 90 points six times and breached the 100-point mark twice.

"We're a very, very talented offensive team," Kowalczyk said. "I don't worry about our offensive production. We're a hard team to defend because we've got so many guys who can score. We've got five guys in double figures."

The guy who puts the ball in the hoop most frequently is Rian Pearson, who's in his senior year after following Kowalczyk from Green Bay. But the key to the offense is Julius Brown, whose 7.4 assists per game is tied for fourth most in the nation.

"In close games it always starts with your point guard play," Kowalczyk said. "(Julius) is a very confident individual who's playing at a very high level. Very happy with how he's playing."

Of course, defense is a bugaboo right now, which Kowalczyk said is his primary concern. Toledo is an ugly 284th out of 351 team on the other side of the floor. It's a flaw that the scoring has concealed, at least up until now.

Basketball #MACtion doesn't have the same cachet as its football counterpart, so Toledo could win every game in its non-conference slate, claim the league's regular season title, and still have nothing to show for it outside of a NIT bid.

The Rockets probably won't enter MAC play undefeated -- they have a trip to Allen Fieldhouse to play Kansas on Dec. 30, which would be upset-of-the-year material -- but as the preseason pick to win their division, a trip to the big dance for the first time in more than three decades certainly seems attainable.

Games of the Nights of the Week

Two ranked squads with a teensy bit of in-state hate mixed in. Yessir.

The first Saturday without college football is packed from noon, when top-ranked Arizona tips off against Michigan at Michigan in their biggest road test yet, to midnight, when BYU should be wrapping up an in-state test from Utah. But give us the enigmatic Tar Heels against the still-gelling freshman killing squad from Lexington.

No, YOU'RE crying about the death of a conference while applying possibly still-extant BIG EAST stickers to the Madison Square Garden floor.

Look, buster, there are two televised games Monday night: this and Gardner-Webb vs. Duke. So yes, the annual showdown between the POTENTIAL SWAC CHAMPION Delta Devils (note: every team in the SWAC is a potential SWAC champion) and MY NORTHWESTERN WILDCATS, WHO ARE NOT IN THE RUNNING FOR THE WORST MAJOR CONFERENCE TEAM HAHA SUCK IT AUBURN YOU HAVE NOTHING GOING FOR YOU EXCEPT A POTENTIAL NATIONAL CHAMPIONSHIP FOOTBALL TEAM is what you get. If I didn't force myself to pick a game you could watch, I'd tell you to find Delaware vs. North Dakota State.

The marquee game of the night is Florida vs. Memphis, but let's watch last week's Onions! featurees go for more major conference blood against the incredibly tall Seminoles.

Apologies for going relatively conventional here. But we're just telling you the best games to watch!

• Michigan's season might get worse before it gets better