The First 68: UNC's identity crisis and the Incarnate Word bandwagon

Is North Carolina any good? Is anyone any good? Let's talk about it in this week's trip around the college hoops universe.

Share All sharing options for: The First 68: UNC's identity crisis and the Incarnate Word bandwagon

How in the world does the NCAA Tournament Selection Committee solve a problem like North Carolina?

In a season where the squads at the top were supposed to be a significant notch above the rest of the country, the Tar Heels own wins over the teams ranked one (Kentucky), two (Michigan State) and three (Louisville) in both of the preseason polls. Adding to that resume is the fact that just one of those victories (UK) came inside the Dean Dome.

Of course we wouldn't bring this up if there wasn't a flip side, and that flip side is that UNC has now lost to the unranked trio of Belmont, UAB and Texas, with two of those losses coming on their home floor.

December is the time for confusing tournament resumes, but I'm not sure we've ever seen a rap sheet this bipolar.

The chief problem for the Tar Heels - who, again, have the best three wins in the country - has been a complete inability to defend the perimeter and keep opposing guards from getting to the basket (although their free-throw shooting has been equally atrocious). Basically, they can't defend any guard with an above average ability to put the ball in the basket.

UNC did nothing to rattle Texas freshman point guard Isaiah Taylor on Wednesday, who made play after play off the bounce and finished with a team-high 16 points. That came a month after the Heels refused to keep Belmont's J.J. Mann from taking wide open outside shots, which led to him roasting them for a (then) career-high 28 points.

Even in victory, North Carolina has struggled to defend opposing guards. They allowed the Louisville backcourt of Russ Smith and Chris Jones to combine for 56 points (Smith had a career-high 36), and were the victims of easily the best performance of the season so far by Kentucky's Harrison twins (combined 37 points).

I get that the absences of P.J. Hairston and Leslie McDonald have been a distraction, but they don't excuse the "matador defense" the Heels have consistently displayed this season. Elite offense gives you the opportunity to beat any team in the country, but atrocious defense opens the door for you to be beaten by that same group of squads. Until UNC commits itself to keeping talented opposing guards from doing whatever they want, the Jekyll and Hyde act is going to continue.

POY watch: Connecticut senior Shabazz Napier is the only player in the country who currently leads his team in scoring, rebounding, assists and steals. The Huskies tasted defeat for the first time Wednesday night when Stanford left town with a 53-51 victory.

Who wants to jump on the Incarnate Word bandwagon with me? The Cardinals have played just one Division-I opponent (North Texas...they lost by 17) so far, but they're 10-1 and technically sitting atop the Southland standings.

The Cards open league play on Jan. 9 at Southeast Louisiana.

As a freshman in 2012-13, Louisville's Montrezl Harrell connected on 97 field goal attempts; 44 of them were dunks. Michigan can tell you about one of them.

Harrell has been (very) slightly more versatile as a sophomore, with 25 of his 58 made field goals coming via the slam dunk. He's on pace to shatter the U of L record for dunks in a season (59), currently held by Cardinal legend Pervis Ellison.

After Iowa's stomach-turning 85-82 loss to rival Iowa State last Friday, the Hawkeyes have now lost the last 20 games in which they've had the ball with a chance to win or tie in the final 10 seconds. That's a streak that spans five seasons.

Fran McCaffery has the buzz back in Iowa City, but that's a streak that needs to end.

It's safe to say that the clock is ticking on Cuonzo Martin at Tennessee. It's safe to say because Rocky Top Talk already said it in the wake of Wednesday night's embarrassing loss to NC State.

I'm a season ticket holder who's been to games under DeVoe, Houston, O'Neill, Green, Peterson, Pearl, and Martin. And each of them, including Cuonzo, had their moments. But the difference with Pearl was both sustained national success and the buy-in of the people. Jerry Green won games but didn't capture the people. Under Pearl, Tennessee Basketball became TENNESSEE BASKETBALL!

The hope was six years of ascension and some of the best facilities in America would be enough to continue forward without Pearl, done in by his own hand.

There were three Vols on SB Nation's preseason list of the top 100 players in college basketball, but that hasn't stopped UT from getting off to a highly disappointing 6-4 start that includes losses to Xavier, UTEP, Wichita State and the Wolfpack.

Here's how the last 10 national champions have stood on Dec. 19:

Just one team in the past decade has had more than one loss at this point in the season and gone on to win the national title, and four eventual champions have been unbeaten. I'm just summarizing things for the people who refuse to read anything other than sentences. They exist. My aunt is one. 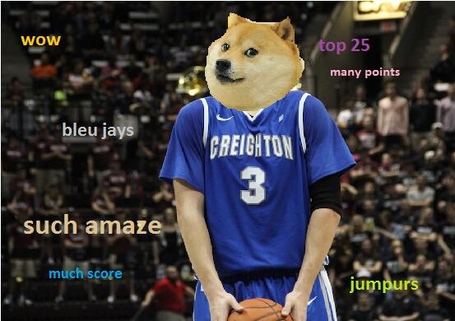 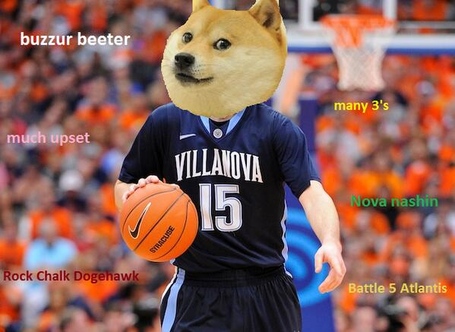 They've both been putting on a hell of a show.

When it became official that Missouri was bolting for the SEC, there was an immediate plea from hardcore college basketball fans for the Tigers and arch-rival Kansas to somehow find a way to continue their series. After all, it's a rivalry that consists of 265 total meetings and had been played without interruption since 1907.

Still, Bill Self wasn't having it.

"I could probably change my mind (but) trust me, we would have no trouble finding another nonleague game to play," Self said in Oct. of 2011. "I love the rivalry. Playing home and home in the league is great and all those things ... (but) I can't imagine, why would we continue playing?

The media quickly pointed out that it wouldn't be difficult for Kansas and Mizzou to schedule an annual meeting at a neutral location (Missouri and Illinois already do it every year), and there would almost certainly be a large public outcry for that to occur. This only led to Self digging his feet deeper into the ground.

"I'm not saying it would be bad or won't be bad (playing once on neutral court). I will say this ... the media is not going to dictate who we play. I'll dictate who we play as long as I'm coaching here," Self said. "I have no ill will toward Missouri at all, but to do something at a time that could be so damaging and hurtful to a group, I can't see us just taking it and forgetting. I think that would be something that'd be talked about with our administration and we'd make a decision that's best for our place. They are making a decision that's best for theirs. We'll make a decision on a schedule that's best for us.

Now let's fast-forward a couple of years to the present day. Earlier this week, Self was asked about potentially scheduling another successful program in the region, Wichita State. On the surface it's a game that makes sense. The Shockers made an incredible run to the Final Four a season ago and are on the precipice of breaking into the top 10 this year.

Still, Self is not having it.

"This isn't knocking Wichita State," Self told The Kansas City Star on Tuesday. "But if it was best for our program, I would reach out to them about scheduling them. But it's not. I've heard a lot of talk about them wanting to play us so bad; Gregg Marshall's never contacted me about playing."

Bill Self does not care for your scheduling suggestions.

There has been an influx of "Silent Night" games since Taylor University's started gaining national attention a few years ago, but nothing can compare with the original.

Remarkably, we're just a little over a month into the season and 344 of the 345 Division-I teams have at won at least one game. For reference, there were seven winless teams - Northern Kentucky, Maryland-Eastern Shore, St. Francis (PA), Jackson State, Mississippi Valley State, Alabama State and Grambling State - on this date a year ago. The only member of that group with a winning record this season is 4-3 Alabama State, but the group has combined to win 18 games (they've lost 42)...so that's better.

The only conference without a team above .500? The once highly-respectable Southern Conference.

The biggest controversy of the week comes from the South Florida/Florida Gulf Coast game, where the old "0.3 seconds to catch and shoot" rule we've heard 18,000 times prevented the Eagles from completing arguably the play of the season.

The video appears to show FGCU star Chase Fieler getting the game-tying shot off in time, but NCAA rules say that once a player "possesses" the ball with 0.3 seconds or fewer remaining, the play is over. As a result, the basket was waved off and the Bulls survived a scare at home.

"The call at the end, by rule, is exactly correct," director of officials Curtis Shaw told CBS. "If you look at a definition of a tap, it's any time you don't have possession, you just tap the ball in whichever direction, as opposed to having control and being able to control the ball. I've seen [Tuesday's play] once on a Web replay. It's not the greatest look that I've seen, but in my opinion there's no doubt he caught the ball and let go of it. I consider that he had control on the catch."

You have to give it a little tappy.

Is Happy Gilmore old enough that the most notable lines from the movie are fair game to be utilized again? Ok, good.

Despite the outcry from Big Blue Nation for him to step up as more of a leader, Kentucky center Willie Cauley-Stein is off to one hell of a start in his sophomore season, especially on the defensive end.

Cauley-Stein has 48 blocks through 11 games, putting him one block behind Davis' school-record pace through the same number of games. Davis finished with 186 blocks before the New Orleans Pelicans made him the No. 1 pick in the following NBA draft. Davis reached fourth on the Division I single-season list with the benefit of playing 40 games, as Kentucky won the national championship.

Noel was three blocks behind Davis' pace through 23 games last season, but tore his ACL in the 24th game and finished his one college season with 106 blocks. Through 11 games, Noel had 41 blocks.

Cauley-Stein has recorded at least seven blocks in a game three times this season, against Boise State (9), Eastern Michigan (7) and  Providence (9).

Wisconsin's consistency has led to "death, taxes and Bo Ryan" becoming a part of the college basketball vernacular, but the Badgers have taken things to another level so far this season. Bucky is a perfect 12-0, has more wins than any team in the country, ranks No. 1 in the RPI and has beaten more top 100 teams (nine) - St. John's, Florida, Saint Louis, West Virginia, Marquette, Virginia, Eastern Kentucky, Milwaukee and Green Bay - than anyone else.

It's no wonder Wiscy's "nice list" is extra long this holiday season.

We end this First 68 as we end every First 68...with our creepy mascot photo of the week: 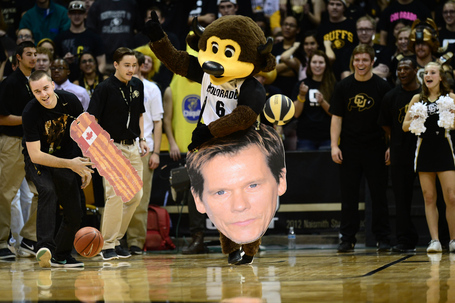 It would appear Chip, the Colorado Buffalo mascot, is attempting to wear Kevin Bacon like a pair of pants. We all know mascots do Wild Things, but this one is giving me Tremors.