It's rare that the college basketball world doesn't have a great sense of who the four No. 1 seeds are going to be on the morning of Selection Sunday, but that's precisely the situation it's waking up to in 2013.

Mike Bobinski, the chairman of the NCAA Tournament selection committee, said Saturday that the committee had settled on one No. 1 seed, but that at least six other teams were still being considered for the remaining three spots. The fact that no one could agree which team was the established No. 1 should tell you something.

Bracketology: Who's in, who's out? 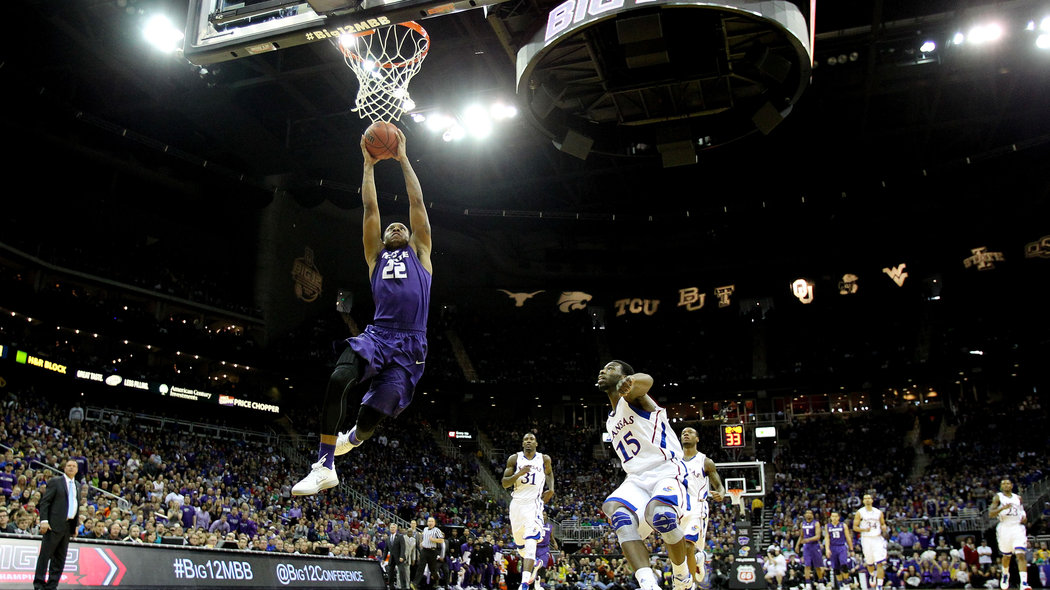 It's college basketball's busiest time of the year with dozens of teams battling for automatic bids or a better seed in the Big Dance. SB Nation's resident Bracketologist, Chris Dobbertean, will be keeping you up to date on all the moving and shaking.

"I would like to tell you as we sit around this room, we would love to have it come into focus prior to [today]," Bobinski said during halftime of the second Big Ten semifinal on CBS. "It just makes the job a little clearer for us. We can get to the job of bracketing a little sooner, really give ourselves a chance to digest that and give it a good once over to make sure we're comfortable with the whole picture. That being said, we're going to do what the field tells us to do. If it doesn't clarify, we'll leave things open to the best of our ability and allow for some adjustments at the last minute.

As I walk into our process this year, I would tell you that I probably have seven teams that are in my mind for those first four spots. That's about where I am right now. I think seven for the top four. It could be even as few as six. It's more than four for the top four, I know that."

Selection Sunday morning is generally like Christmas morning in multiple ways, one of those being that although you might not know exactly what you're getting, you typically have some idea. You also get a stocking...you do at my house.

We may know less this Selection Sunday morning than we've known in a long time, but we still know enough to discuss and debate. With approximately nine hours to go until the field of 68 is revealed, let's take a quick look at the six top line candidates Bobinski was almost certainly talking about on Saturday.

The Cardinals have gone from having an outside shot at cracking the top line to the favorite to be the No. 1 overall seed in a span of about 48 hours. U of L's only loss in its last 14 games was the five overtime thriller at Notre Dame, a run which now includes a Big East Tournament championship.

There's no doubt that Louisville's win over Syracuse on Saturday assured it of top line status. The only debate is over whether or not the Cards leapfrogged Duke, Indiana and company for the right to play their Sweet 16 and Elite 8 games in Indianapolis, and whether or not they jumped Gonzaga to be the tournament's No. 1 overall team.

Plenty of folks disagreed, but this was the team I thought Bobinski was referring to as his No. 1 lock on Saturday afternoon. The Zags have the best record in the country as well as non-conference wins over Kansas State, Oklahoma and Oklahoma State, but a down West Coast Conference has left Mark Few's team with plenty of critics. While the rest of the nation has been fixated on Gonzaga's merits as an elite power this week, Few has tried his best to deflect the talk.

Despite yet another loss to Wisconsin on Saturday in the Big Ten semifinals, it's hard to envision the committee dropping the Hoosiers down to the second line. IU owns seven top 50 RPI wins and is 18-0 against teams outside the RPI top 50, a perfect mark rivaled only by Gonzaga's. They've been college basketball's most consistent power conference team this season, a fact which will likely be rewarded on Sunday night.

The Blue Devils might be the most intriguing member of this group. With senior forward Ryan Kelly healthy and in uniform, Duke notched non-conference victories over Louisville, Ohio State, VCU, Kentucky, Minnesota, Temple and Davidson. Then Kelly hurt his foot and was sidelined for two months, a stretch which saw Coach K's team go 9-4. They've lost just once since Kelly returned to the court, an upset loss to Maryland in the ACC Tournament quarterfinals on Thursday, and are 18-1 overall on the season with him in uniform.

Despite the unrivaled non-conference resume and the sparkling overall resume, Duke still has to answer for the fact that they didn't win their conference regular season OR tournament title. Which brings us to...

The Hurricanes can greatly improve their argument by topping North Carolina on Sunday and becoming dual ACC champions. Without that victory, they likely fall out of this discussion altogether due to bad losses to the likes of Florida Gulf Coast, Indiana State, Georgia Tech and Wake Forest. Still, they won the conference regular season title outright, they beat Duke by 30 and then nearly beat them again in Cameron, and they're a win away from cutting down the nets in Greensboro. It'd be hard to slot the Blue Devils ahead of Jim Larranaga's team.

The champions of the Big 12 (again) made sure their final statement to the committee was a strong one. They dominated their conference tournament to the tune of an average margin of victory of 19.7 points, and three second halves where they shot 64 percent overall, 68 percent from three and averaged 52 points. Bill Self thinks those numbers speak for themselves, but he's not going to add anything to them.

"I think we're very deserving to be in the discussion," Self said on Saturday. "I think we'll be one of the for sure five or six most highly ranked teams on the seed line. So I'm not going to make a plea that we should definitely be a 1. We've been a 1 and lost in the second round, been a 2 and played in the championship game."

He'll find out where he and the Jayhawks are headed in a few short hours, just like the rest of us.