Who to root for in a wide open NCAA Tournament field? The bracket is filled with compelling players, teams and storylines to cheer on. You can get your printable NCAA bracket here.

Share All sharing options for: NCAA bracket predictions: Favoritism in each region

Last season always felt like a coronation for Kentucky -- a 30-1 regular season gave way to a forceful tournament performance that left little doubt the best team in the country won the national championship. Kentucky had the clear-cut best player in America surrounded by a roster that boasted five other NBA draft picks and the perfect coach to lead them.

Fast forward a year and the tournament looks completely different. This will be the main narrative in the run up to the field of the 68: without an obvious paper champ awaiting its inevitable crowning, the NCAA Tournament should be considered completely wide open. The regular season only supported this as the top-ranked team in the country seemingly fell victim every week.

There was plenty of joy to be found in John Calipari's modern take on the Fab Five last season, but isn't an open field the March Madness ideal? The tournament is always at its best when it's at its most unpredictable. This year's field features less NBA-ready talent than usual. There isn't a team capable of plowing through opponent after opponent on star power alone. It all sets up what should be another intoxicating tournament filled with buzzer-beaters and upsets and everything else that makes this the most fun sporting event in the country.

There's also plenty of good stuff to root for. Here's our best attempt to parse through each region in the name of rooting interests: 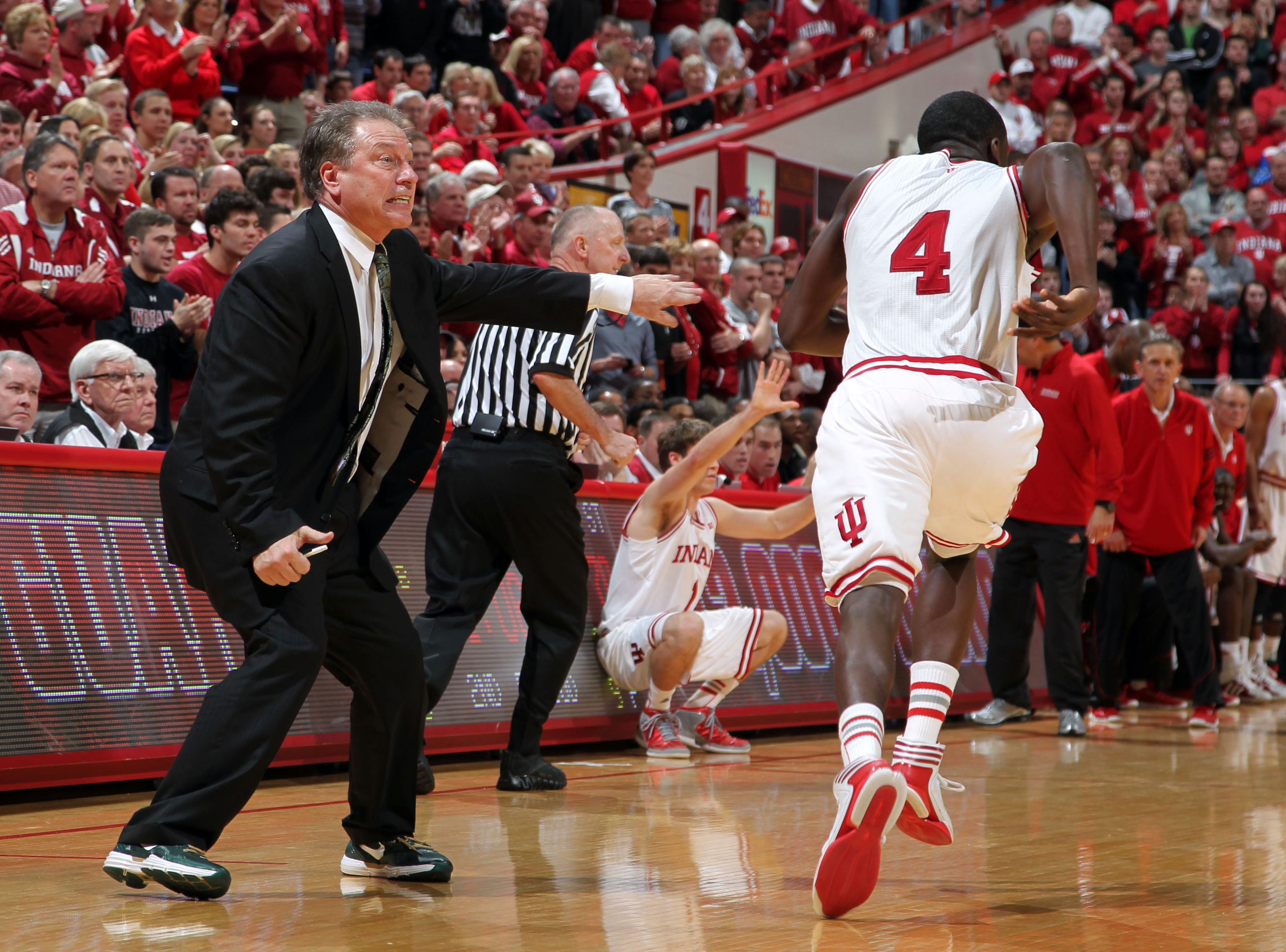 The Oklahoma State guard is the best NBA prospect in the toughest region in the tournament and a very real candidate for a breakout star should the Cowboys find a way to avoid being upset by a tough Oregon team in a No. 5 vs. No. 12 first-round matchup and a potentially scary meeting with St. Louis in the round of 32. Smart has a shot at going in the top five in June because he can bully smaller guards in the post, get to the cup at will and has the ability to make a game-changing defensive play.

Smart is shooting only 40 percent from the field and shot under 30 percent from three this season, but has all the tools to fly into the national consciousness with a big tournament performance.

Our bracketologist's thoughts on the field 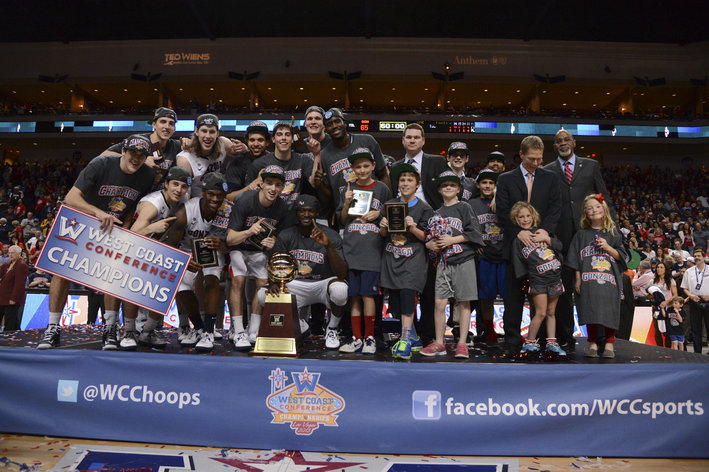 Chris Dobbertean breaks down the bracket

Duke was 15-0 and the top-ranked team in the country with Kelly before a foot injury sidelined the senior forward for 13 games. McDermott has been touted as one of best college players in the country all season long and turned in a killer junior campaign (23.1 points per game, 7.5 rebounds).

Kelly has four inches on McDermott but that shouldn't diminish what could potentially be the best one-on-one meeting in the tournament. Each player is big and skilled and ridiculously proficient from the field. For Duke haters who like nothing more than melancholy reaction shots of Mike Krzyzewski in March, McDermott offers the best hope for an early exit for the Blue Devils.

The six Final Four appearances speak for themselves, but there's never a shortage of people willing to sing Izzo's praises in March. In a way, Izzo is the anti-Nick Saban: every bit as successful, but undeniably more personable. He might be the most likable coach in American sports. Seriously: who else could have delivered this speech at Sparty's Senior Night?

Y'all should know better than to pick against Michigan State at tournament time.

Veteran leadership in the backcourt? Loads of athleticism on the wings? A sturdy big man to provide interior presence on defense? A hell-raising press designed by one of the most successful college coaches of the last 30 years?

The math all checks out for the Cardinals and it's the reason they're one of two teams (along with Indiana) everyone is picking to go to the Final Four this season. Louisville can be a joy to watch when playing at its peak. The Midwest is loaded, but it'll be a surprise if anyone but the Cardinals come out of the region. 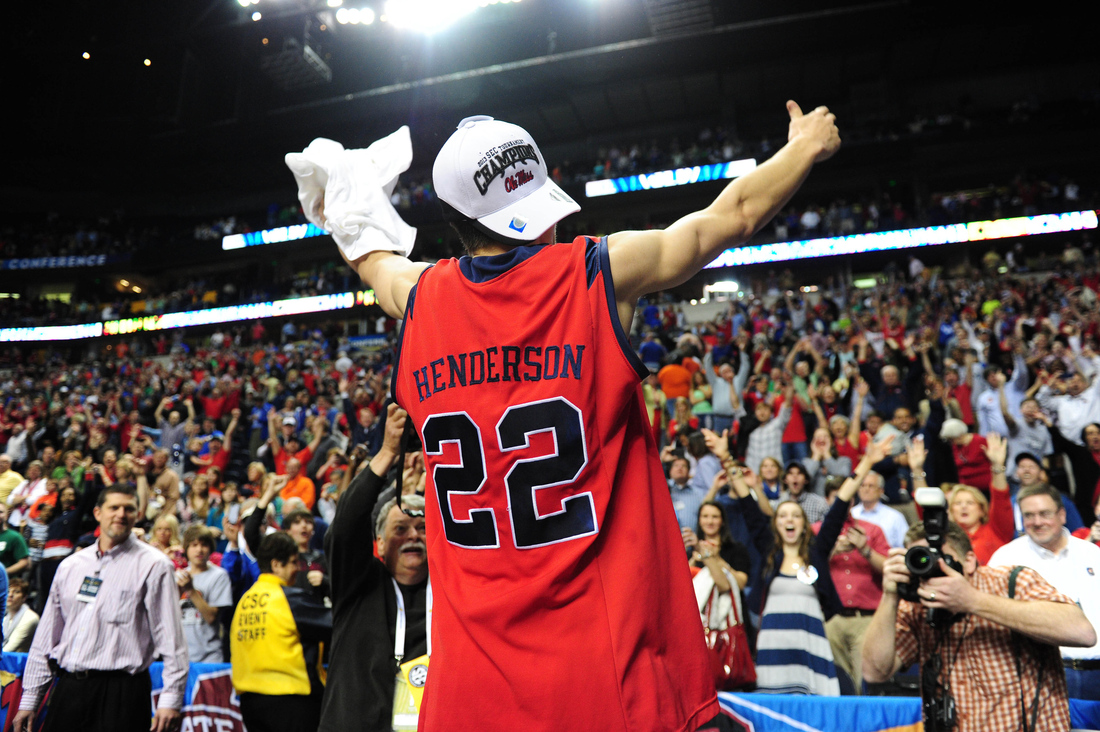 Ohio State is peaking at the right time and has a very real shot to reach the Final Four in a winnable West region. Whether the Buckeyes can navigate their way through the field for a potential Elite Eight meeting with Gonzaga or not, you can count on a few highlight reel dunks from Thompson, a Chicago product who has established himself as one of the top high-flyers in the nation:

3. All Marshall Henderson Everything

If Ole Miss reaches the Sweet 16, Henderson will be the name on everyone's lips. His taunting of opposing teams and fanbases is already legendary, and his party habits seem headed that way, too. The junior guard is coming off a wild run in the SEC tournament and is the type of character custom-built to trigger unfounded levels of love and hate.

Every sport needs its Marshall Henderson and this year's tournament is better because of his presence.

Notre Dame's fall from grace since the calendar turned to 2013 has been something to truly behold. They ran undefeated through college football's regular season before becoming the latest victim of Saban's flying death machine in the national championship. Throw in the Manti Te'o scandal and it's easy to see why Irish fans would like nothing more than a deep run the tournament to act as a palate cleanser. And if it doesn't happen? Well, everyone will probably just continue to make fun of their uniforms.

The Zags have accomplished some amazing things during Mark Few's tenure in Spokane, but the program has never reached the Final Four. That's where the bar is firmly set this year after a terrific regular season. Before the Zags start dreaming of reaching Atlanta though, they should be concerned with just getting to the Sweet 16. Gonzaga's only gotten that far once in the last six years. 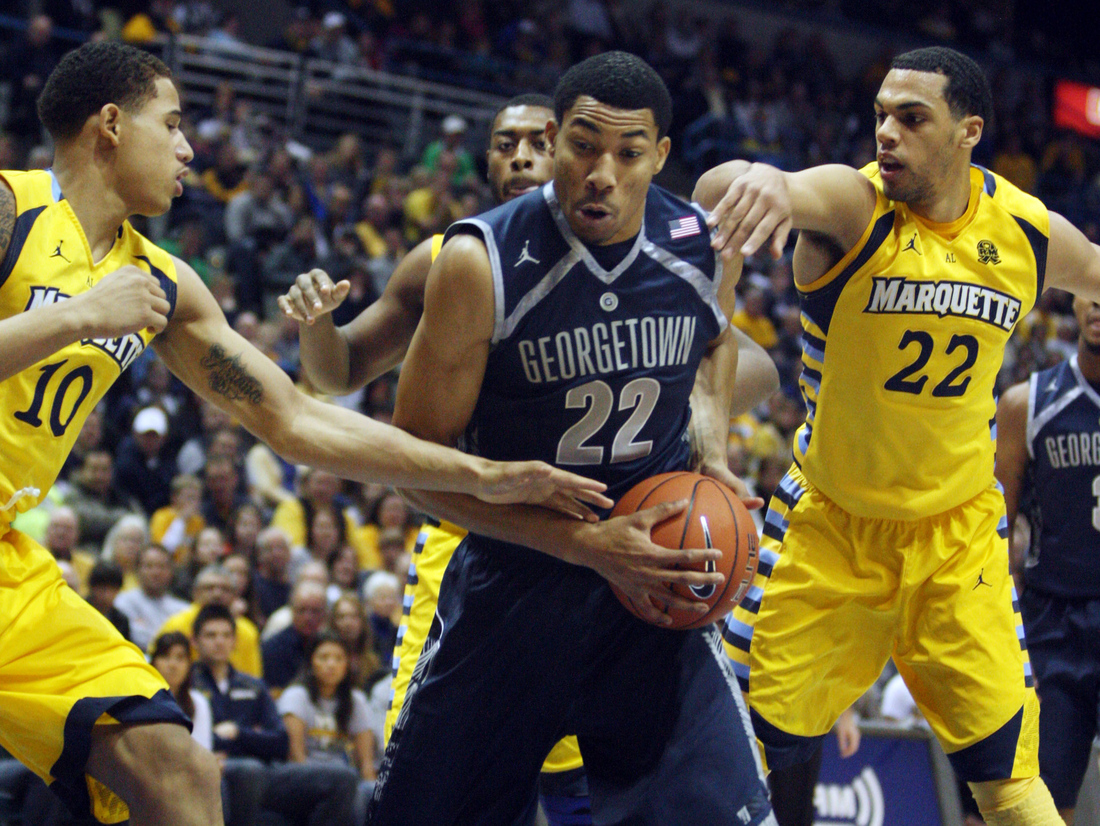 The committee's decision to set up a potential No. 1 vs. No. 8 matchup in the round of 32 between North Carolina and Kansas feels like a charitable offering to the media. The narratives will be in no short supply: two historically great programs, Roy Williams facing the school he led for so long, Kansas wing Ben McLemore trying to hammer home his candidacy as the potential top pick in the NBA draft.

A Tarheels vs. Jayhawks meeting is far from guaranteed, but it would surely be the most buzzed about matchup of the weekend if it were to happen.

Michigan vs. South Dakota State is one of the best first-round matchups because of the battle at point guard between Wolverine Trey Burke and Jackrabbit Nate Wolters. Wolters dominated the Summit League all season and has firmly put himself on the map for NBA scouts after a thoroughly impressive senior year.

Burke is only a sophomore but there's a good chance this will be his final tournament, too. The point guard lacks ideal size for the next level, but his production speaks for itself. If Michigan-South Dakota State comes down to the wire, each team has a player ready-made for sinking a buzzer-beater.

Porter (along with Indiana's Victor Oladipo) feels like college basketball's closest thing to a superstar entering the tournament -- someone who could see his legend grow considerably should Georgetown make a deep run. He's a matchup nightmare in the college game, a 6'8 wing who can beat you inside and out and provide solid help on the glass. A player of Porter's stature shouldn't exit college without a defining moment. There isn't a better place to get it than the tournament.

1. What to do with Florida?

Luke Winn summed up the Florida dilemma best on Sunday at SI:

They come with obvious warning signs of tourney fraudulence, such as their 0-6 record in games decided by single digits. ... Or that they've only beaten one NCAA tournament team outside of Gainesville -- and that was Middle Tennessee State, on a neutral court in Tampa. ... Or that they take 40.4 percent of their attempts from long-range, which means they rely on the three-pointer more than just two teams in the entire field, Iowa State and Illinois. It's hard to stay hot deep for 3-4 straight games against elite defenses.

So why is Florida still in the conversation for the Final Four, or even the national title? Because it happens to rank No. 1 overall in efficiency, and is the only team to rank in the top five in both offense and defense. The Gators blew out the SEC by 0.286 points per possession -- by far the biggest margin of any major conference champ.

This is just part of what makes the South the toughest bracket to gauge. Advance the Gators at your own peril. 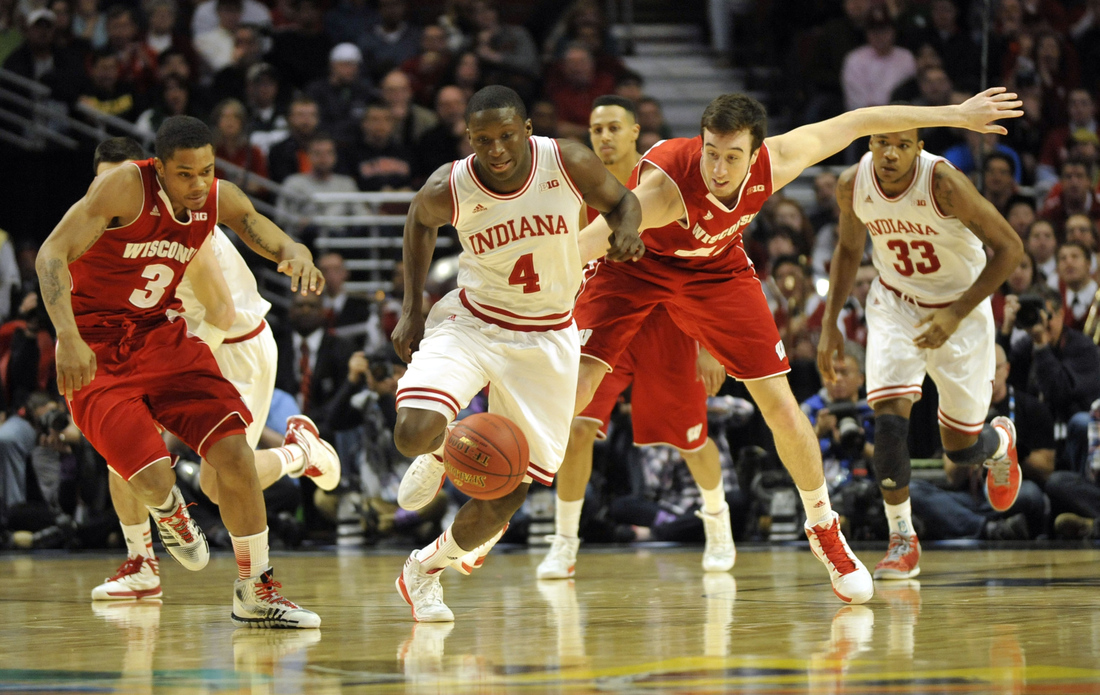 John Groce's first season in Champaign was filled with as many highs as lows, but Illini fans did get a glimpse into what to expect from their new coach right off the bat: a ton of three-pointers. Illinois shoots constantly from deep even if they aren't particularly proficient at making them. Senior guards D.J. Richardson and Brandon Paul each jacked up more than 220 three-pointers despite both shooting 33 percent.

Illinois would seem to be over its head in a second-round meeting with Miami, but if those threes fall, the Illini could be an unlikely bet to reach the Sweet 16.

Butler and Bucknell have each spent the last decade as the underdog that could provide the tournament with more than a few memorable moments. Brad Stevens' team isn't as talented as the groups he took to back-to-back title game appearances in 2010 and 2011, but no one wants to see the Bulldogs in March. It's another thing they have in common with Bucknell.

The East boasts more NBA talent than any other region, with four potential top-ten picks. UNLV's Anthony Bennett is an interior bully no one in the country can match up against. Syracuse point guard Michael Carter-Williams has the size and passing acumen pro scouts dream about. Indiana's pair of stars -- center Cody Zeller and wing Victor Oladipo -- give the Hoosiers an unprecedented inside-outside attack.

If you only watch the tournament through the lens of the NBA draft, the East is the region for you.

The Big Ten was the best conference in the country all season and Indiana was its best team. For the conference to hammer home its superiority, it'll need the Hoosiers to play like the national championship front runner they are in the tournament.

With size, shooting and a tremendous defense, Indiana has the makeup of a national title threat. The Big Ten -- which hasn't won the national championship since Michigan State did it in 2000 -- is hoping the Hoosiers play up to their potential. 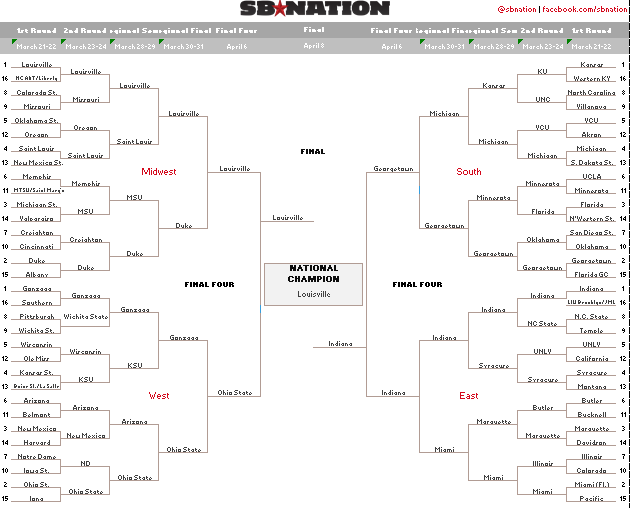 • Full NCAA Tournament seeding, from 1 to 68

• Everything you need to know about the NCAA bracket