The A-10 champs look poised to make a deep run this March. They've got a few characters you should be aware of.

While Sim City captured the hearts and minds of the country on Thursday afternoon, his New Mexico State team was pretty thoroughly routed by St. Louis.

The Billikens, who won the A-10 regular season and conference tournament, are best known for being coached by Rick Majerus, but they've got some interesting players too.

There's Jordair Jett, their 6'1 215 guard whose built like a football player and is trying to bring NFL-style dreadlocks to the hardwood.

And then there's Cody Ellis, their jump-shooting big man with a blue streak in his Mohawk: 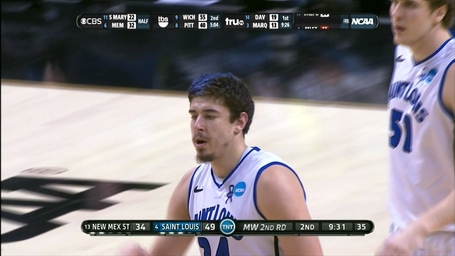 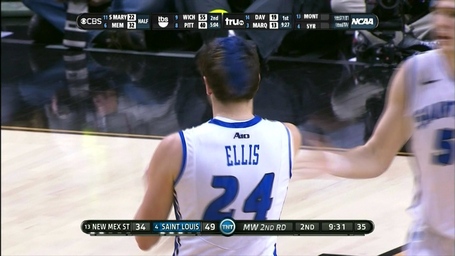 They play the winner of Oklahoma State/Oregon on Saturday. The line for the bandwagon forms on the left.