Junior point guard is a linchpin for a Zips team with their sights set on an NCAA Tournament appearance.

Akron Zips point guard Alex Abreu has been arrested and charged with marijuana trafficking, the Akron Beacon-Journal reported, on Thursday afternoon. Abreu is being held at the Summit County Jail.

The university has issued a statement saying Abreu has been indefinitely excused from the team:

Junior point guard Alex Abreu has been suspended from The University of Akron men's basketball team indefinitely pending the outcome of a police investigation.

The University is aware of the situation and is currently gathering more information. Inquiries regarding the investigation should be directed to the Akron Police Department.

Police say a K9 officer detected a shipment of marijuana, which was then delivered by undercover police officers, according to Phil Trexler of the Akron Beacon-Journal. 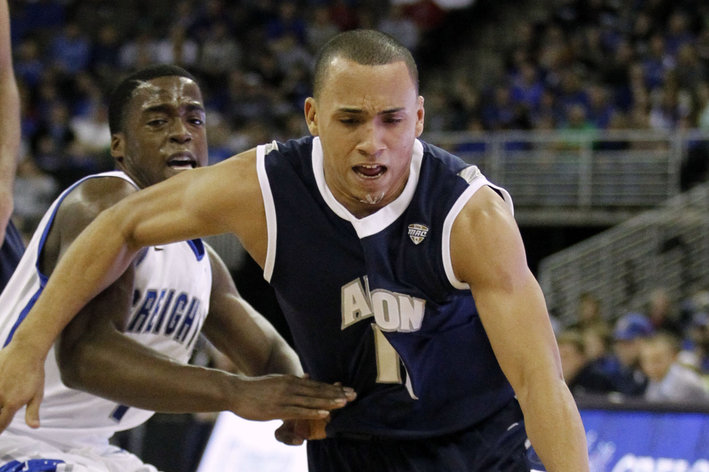 Hustle Belt weighs in on Abreu

Akron, which entered Thursday with a 24-5 record, is considered the favorite to win the Mid-American Conference Tournament next week in Cleveland. The loss of Abreu could be big, especially if he's unable to play in the conference tournament and/or NCAA Tournament.

Abreu, a junior, is averaging 10.3 points and six assists a game this season. Look for freshman Carmelo Betancourt to become the starter at point during Abreu's potentially extended absence. Betancourt has played sparingly this year, and coach Keith Dambrot will now have his hands full preparing for postseason play without the team's best backcourt player.

Akron will play Kent State on Friday night to wrap up their regular season in the MAC. The 2013 MAC Tournament is scheduled to begin next Wednesday.