Players painted the former athletic director's initials on their calves during a Sunday game.

The Rutgers women's lacrosse team was in action on Sunday with the letters 'T' and 'P' painted on their calves in a show of support for former athletic director Tim Pernetti. 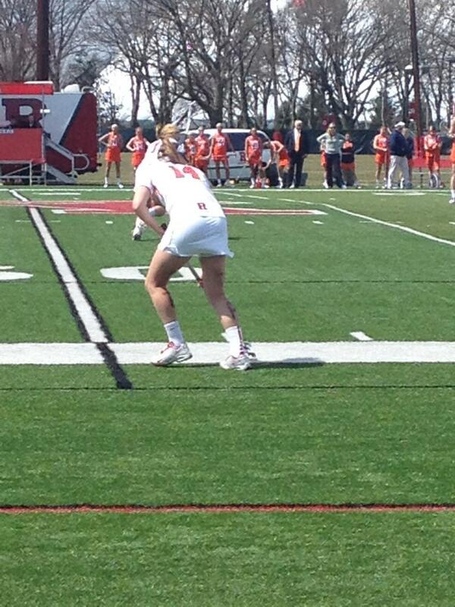 Pernetti agreed to resign on Friday in the wake of the revelations of basketball coach Mike Rice verbally and physically abusing players. He saw the tape of Rice abusing his players before it went public, and then came under fire for his decision to suspend Rice rather than fire him.

Rutgers hired the former Scarlet Knights tight end to be its athletic director in 2009. He led Rutgers into a spot in the Big Ten Conference in 2012 as the Big East dissolved. He also hired Kyle Flood to replace football coach Greg Schiano, who left to take the head coaching job with the Tampa Bay Buccaneers.

The women's lacrosse team is not the first to publicly express support for Pernetti. Former Rutgers football player Eric LeGrand defended him over the weekend as well.