The Louisville coach owes his players some ink.

Share All sharing options for: Rick Pitino says he'll get a tattoo after winning national championship

Louisville's 2013 national championship team will go down in history for its relentless pressure defense, for the way it overcame the horrific Kevin Ware injury and for how it fought back from a 12-point first half deficit in the title game against Michigan. It's a team coach Rick Pitino won't forget anytime soon, especially now that the coach is set to commemorate his second NCAA championship with a tattoo.

As Pitino and the Cardinals were on stage accepting their trophy, the 60-year old coach said he promised his tattoo-loving players he'd get his own ink if Louisville won the championship. With the Cardinals holding up their end of the bargain, now it's time for Pitino to hold up his: 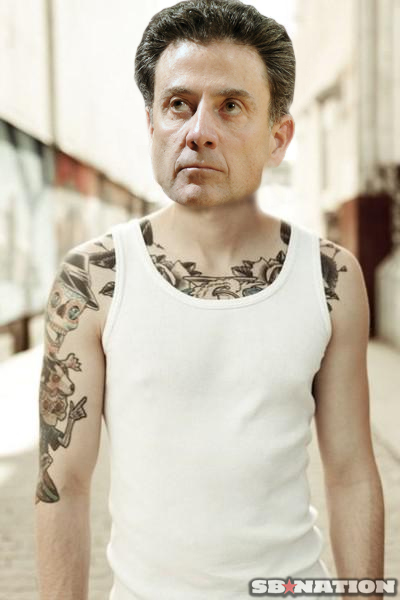